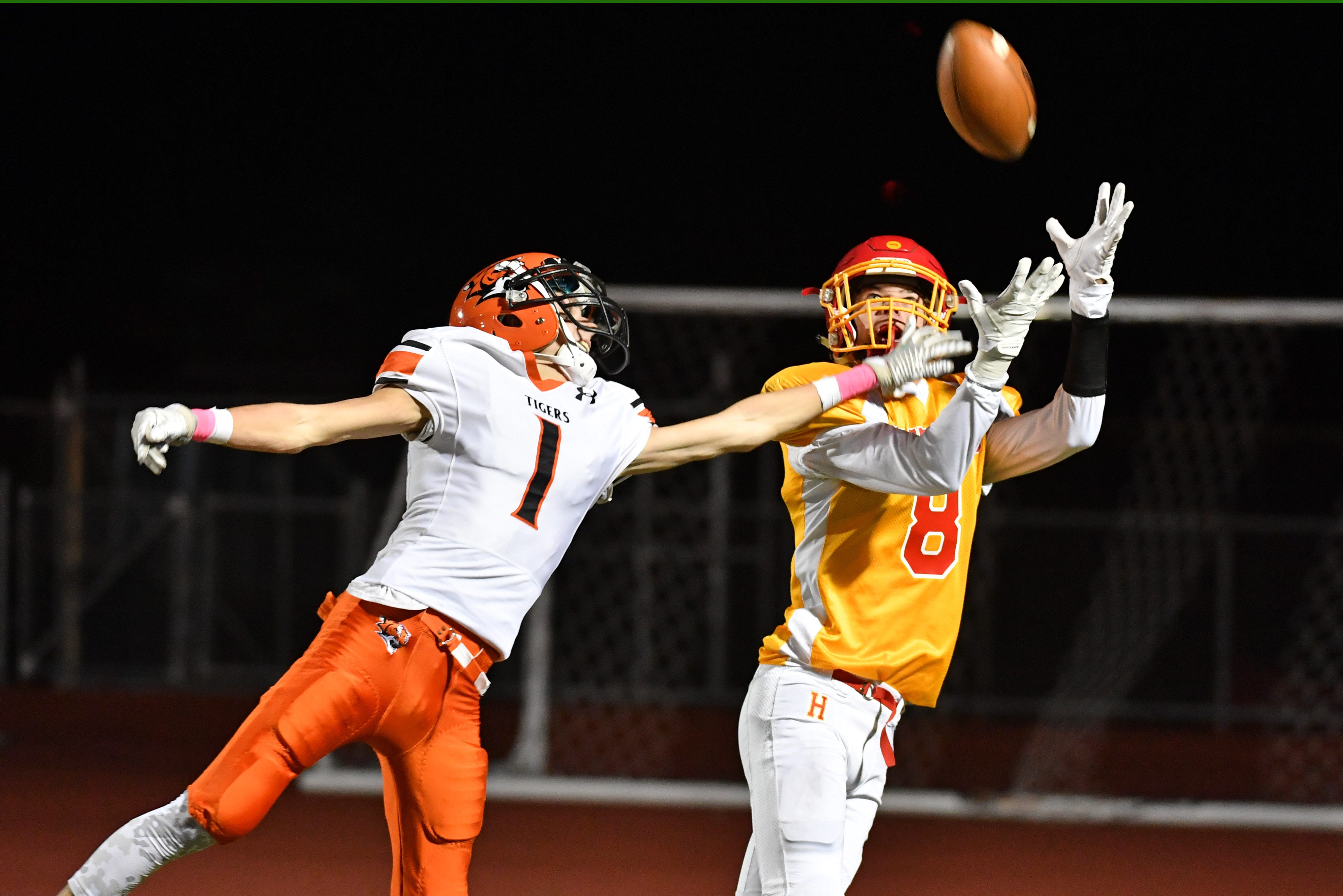 HAVERFORD — The 2020 Haverford High football team has the tall task of trying to repeat 2019’s success.

That’s not a bad thing.

Behind Player of the Year Trey Blair, Haverford won 11 of its final 12 contests and advanced to the final four of the Class 6A district tournament last year.

Always the optimist, coach Joe Gallagher is looking forward to the challenge of “rebuilding,” if such a thing exists anymore at Haverford. He sees a talented team that could win a Central League championship in this shortened campaign.

“You don’t just find a new Trey Blair,” Gallagher said of his former leader, now a freshman special teams player and defensive back for Temple University, at a recent Fords practice.

“We lost a lot from last year, but you know what? These guys we have now are pretty darned good,” added Gallagher, who begins his 28th year as head coach of the Fords. “We have good athletes, you know? And we have kids who want to win and be even better than we were last year.”

The 2019 team was special, but there are familiar faces still around, including All-Delco linebacker and senior Will Higson, one of the best players in the county. Higson registered 120 tackles, two sacks and a pair of interceptions last fall.

“We’re excited to get back out there,” Higson said. “We kept working and when they told us we can come back, we were ready to go and now we’re pumped to finally be able to play a game.

“Last year we had a really good team, but we have confidence in a lot of the guys that are here. Everyone is working toward the same goal and that’s to go out and win a Central League championship. We feel we have the talent to do it.”

Gallagher is counting on big things from senior running back/defensive back Jimmy Wright, who should be the bell cow ball carrier. In his junior season, Wright had some memorable moments, including back-to-back 100-yard rushing performances against Harriton and Ridley, and was among the team leaders with three interceptions.

“I ready to take on whatever the coaches give me,” Wright said. “It doesn’t matter what they want me to do, I’m ready. … I feel we have a really good team this year.”

“By the time he gets to be a senior, he’s going to be really good,” Gallagher said.

“It didn’t matter when we started or how long we waited, as soon as we got the go-ahead, it just seemed like none of that ever happened. These guys were ready to go and excited to be back,” Gallagher said. “The truth of the matter is, we lost a lot of seniors from last year, but we have guys who are back and doing a great job. We only have two full-time starters, but a lot of the seniors who are first-time starters, they feel like it’s their turn to step up.”