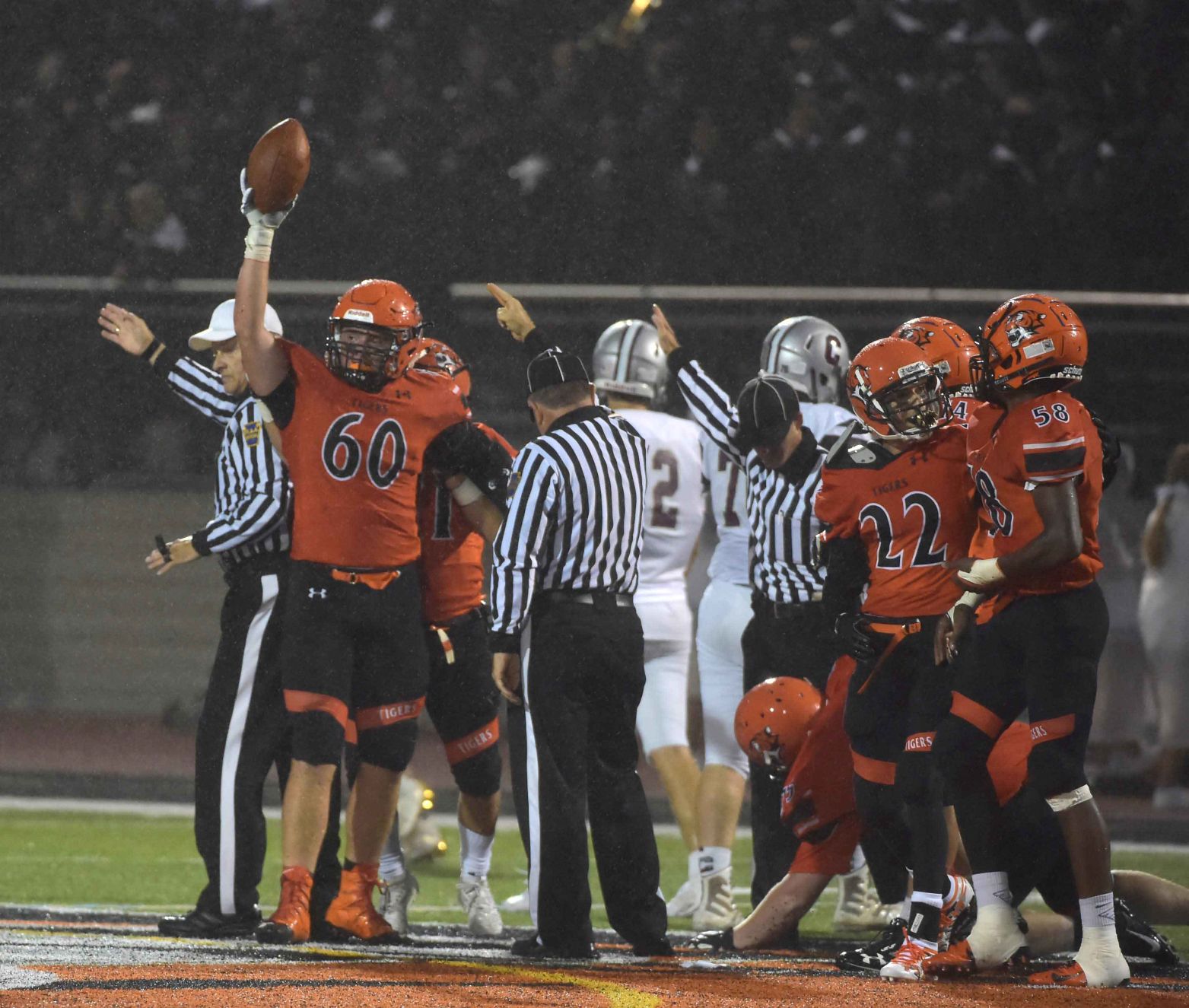 NEWTOWN SQUARE — While nothing in sports is easily predicted by a formula, there is one that has had a pretty good run at the high school level.

The simple equation: A good season, followed by one with plentiful returning starters, equals a better season.

So since Marple Newtown went 8-4 last year and returns 11 starters and a 16-strong senior class, might it not be a good time to stock up on celebratory orange and black streamers?

“You know what? In crazy times like this, who knows?” head coach Chris Gicking was saying before a recent practice. “We have five games and a Central League ‘playoff’ game. So we’re just taking it day by day.”

Taken year by year, Gicking has helped the Tigers gain traction in the Central, going 46-26 overall in his first six seasons as the head coach at his alma mater. The seventh could be among his best.

Though the Tigers lost 10 to graduation, returning quarterback Joe Paoletti will be protected by a big, experienced offensive line, including 6-3 tackle Ryan Lain, who is bound for Division I Sacred Heart. Diligent weight-room work helped produce the winning 2019 season, and the Tigers have been strengthened for the encore.

“We were really excited last year,” Lain said. “With the work we put in, we kind of expected it. But I think around the league, we kind of went on a little run. A lot of people didn’t see that, but we felt we performed to the level we should have last year, and we are hoping to build on that.”

An honorable mention All-Delco quarterback as a junior, Paoletti is in position to key that growth.

Recognized as the best quarterback in program history, Gicking has helped Paoletti develop.

“I am actually harder on that position, of course, than any other position,” Gicking, the one-time All-Delco QB and once Delco’s all-time leading passer, said. “But they are good with it. They understand. We have a great group of quarterbacks. Joe Paoletti. Brian Joslin was our quarterback in his sophomore year and came to us and said, ‘Joey’s ready.’ When you have seniors like that, kids who are selfless and will do anything they can for the team, that’s the true test of character.”

On defense, the Tigers expect to draw production and leadership from 6-3, 250-pound lineman John Ebert, a 2019 honorable mention All-Delco.

“We have a lot of returning seniors, but we are just taking it day by day,” Ebert said. “I could say I am optimistic, but I don’t want to go too far in depth with that yet.”

And add one more newcomer to the mix: Legendary former Upper Darby coach Rich Gentile, who has joined Gicking’s staff.

“We’re definitely excited about this team,” Lain said. “We have a lot of great guys, guys who play hard. So we’ll see how this goes.”