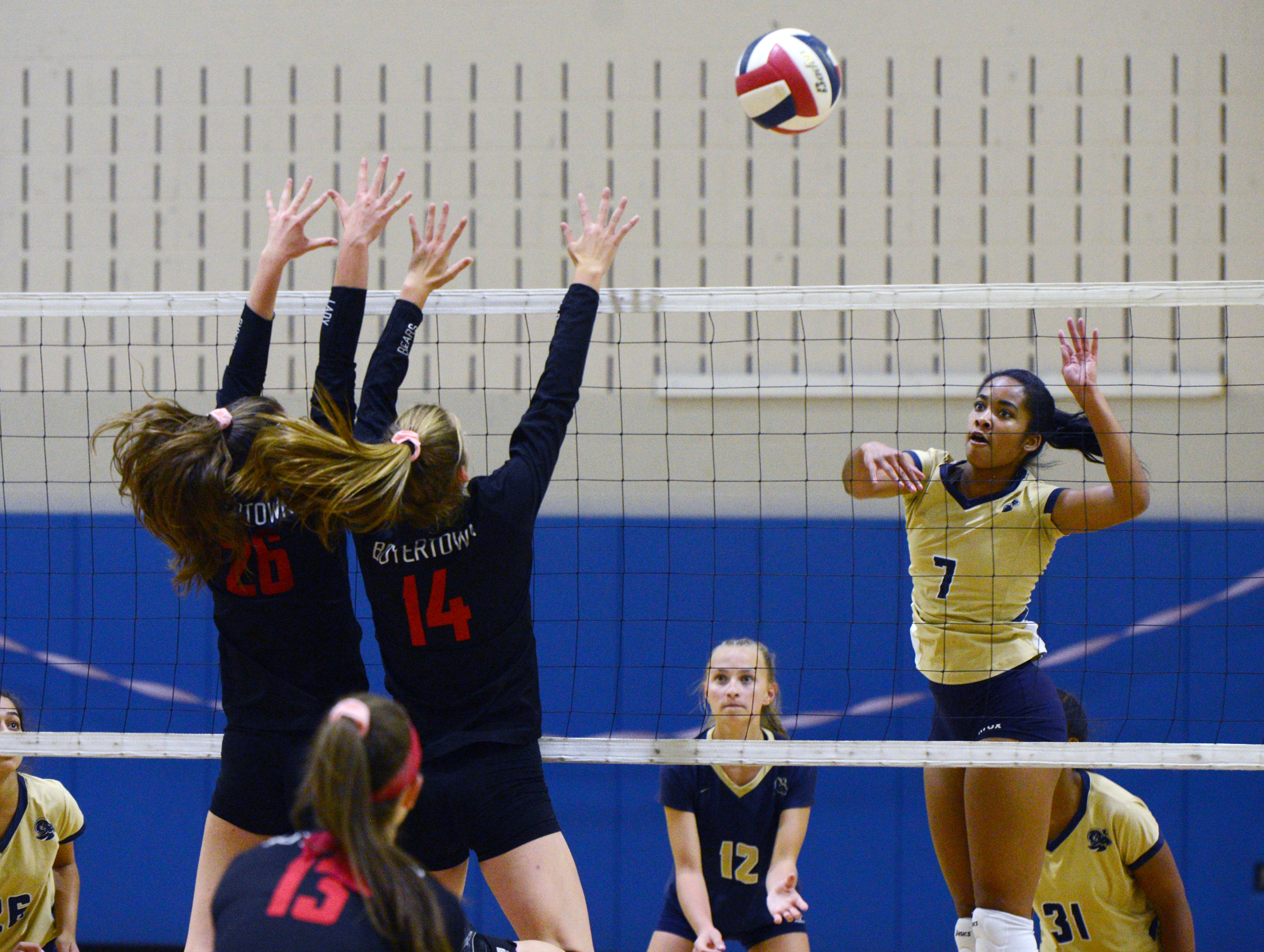 After an 0-3 start to the season, Spring-Ford (4-4) has won four of its last five matches, including avenging losses to Methacton and PV. The loss dropped the Vikings (6-2) out of a tie for first place with Boyertown following a victory over the Bears on Wednesday.

Corropolese scored the winning goal with 8:31 left in overtime off an assist from Emma Friend.

Mackenzie Savage made saves for Spring-Ford, while Sarah Yoder made 10 saves for the Bears.

Methacton 21, Boyertown 35 >> While Eric Muthersbaugh scored top race honors for the Bears, the Warriors placed runners in eight of the next nine places to win Friday’s PAC meet.

Brown clocked a 16:37 on UP’s course, three seconds better than Miller’s effort for the home team. PV filled five of the next seven spots, Dan Hayman coming in third with a 17:18 for the Vikes.

Spring-Ford 16, Upper Merion 47 >> Quinn Smith and Liam Baker had a strong 1-2 finish for the Rams in Friday’s PAC meet with the Vikings.

Methacton 24, Boyertown 37 >> Molly Thomas was the runaway winner for the Warriors, who handled the Bears in Friday’s PAC meet.

Zubey ran a 19:10 to finish almost four minutes ahead of teammate Grace Fennell (23:03) and the rest of the field. Naomi Hillen was Pottsgrove’s fastest finisher, going third in 23:40.

Spring-Ford 16, Upper Merion 47 >> Julia Breisch headed a 1-2-3-4 finish by the Rams during Friday’s PAC meet with the Vikings.