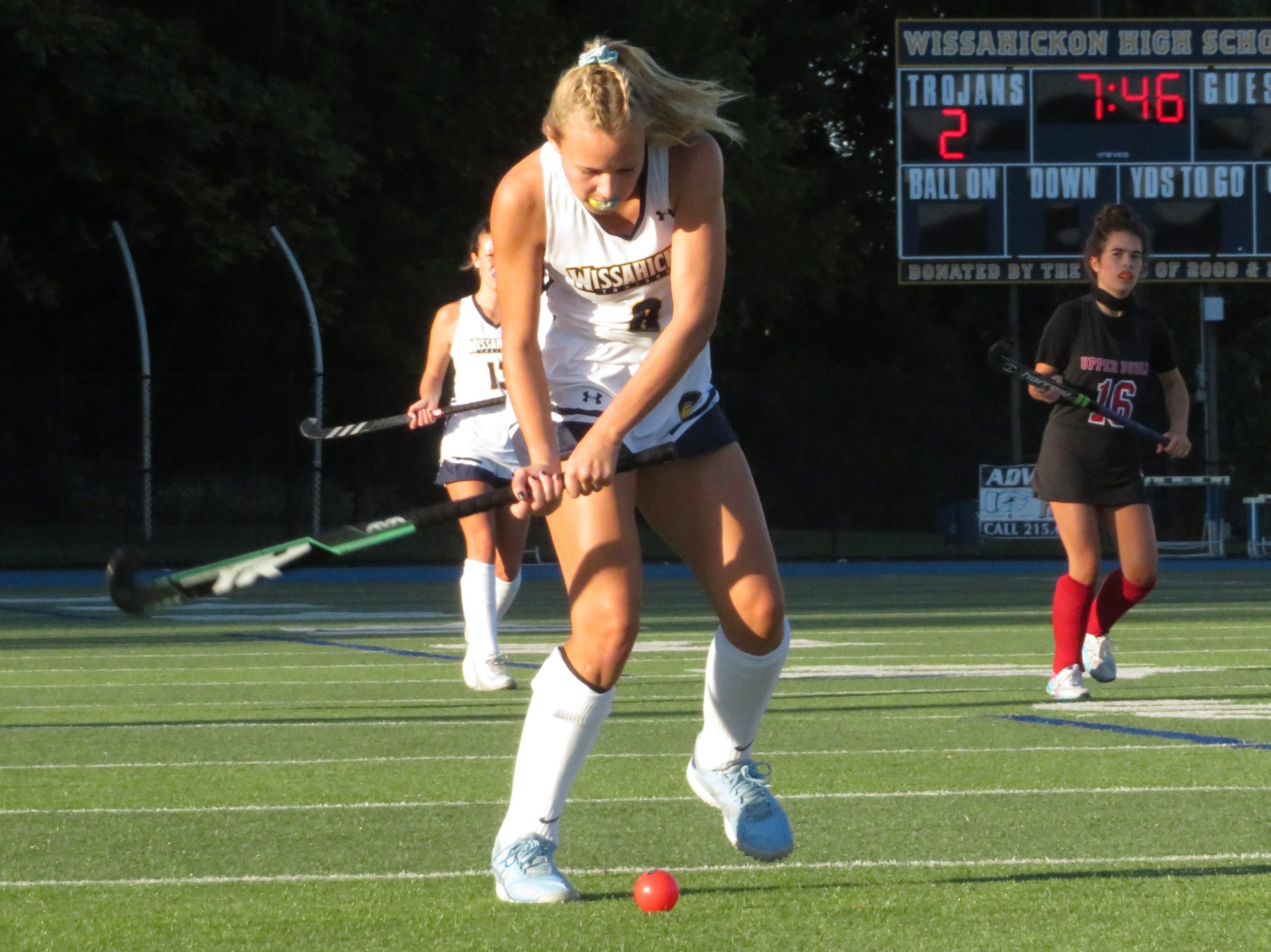 The Trojans (8-2, 7-2 SOL Liberty) took control of the game in the middle of the first quarter. Drabick found Sophia Havrilla, who put Wiss ahead, 1-0.

Less than 20 seconds later, Drabick dribbled through a handful of Upper Dublin defenders and scored to double the advantage, 2-0.

“I just had my head up,” Drabick, who will be playing field hockey at Temple University next year, said. “I was looking for my teammates and if they weren’t open I would keep going and doing my thing. I try to look for the pass most of the time. I don’t like to dribble it.

“We just keep pushing. You can’t be hesitant. You have to go, go, go. You have to take the opportunities when they’re there. You have to be more aggressive than them.

The 2-0 score lasted for just about the entire first half. With four seconds remaining in the second quarter, senior Kendal Williams beat Upper Dublin’s goalie with a slow roller and senior Lilly Sollberger was there to finish for a 3-0 lead.

Williams added a pair of goals in the second half. Kendall Crowley assisted on her third quarter goal and Julia Schools set up the fourth quarter score.

Wissahickon controlled the pace of the game from start to finish. They out-shot Upper Dublin 17-8 and out-cornered them 11-6.

The Cardinals fell to 5-4 in SOL Liberty play, with all four losses coming against Wissahickon and Plymouth Whitemarsh, who clinched the outright league title with a win over Abington Wednesday night.

The Upper Dublin defense faced constant pressure from Wissahickon, much like it did against PW Monday, but Boyer was happy with how they were able to limit Wiss’ scoring.

“Erin Muth had a stick save,” Boyer said. “Annabel Coplan had another stick save – she had three on Monday and another one today. Our goalies are brand new to varsity. (Dara Fishman) is brand new to the position – she played field the last two years. We knew it was going to take some time for the learning curve there to grow in and learn from playing game speed. You go with it. Teachable moments each game and you just try to get better each time you’re out there. The defense held their own against a good team.”