Run for the hills: Pennridge races to victories over rival Souderton 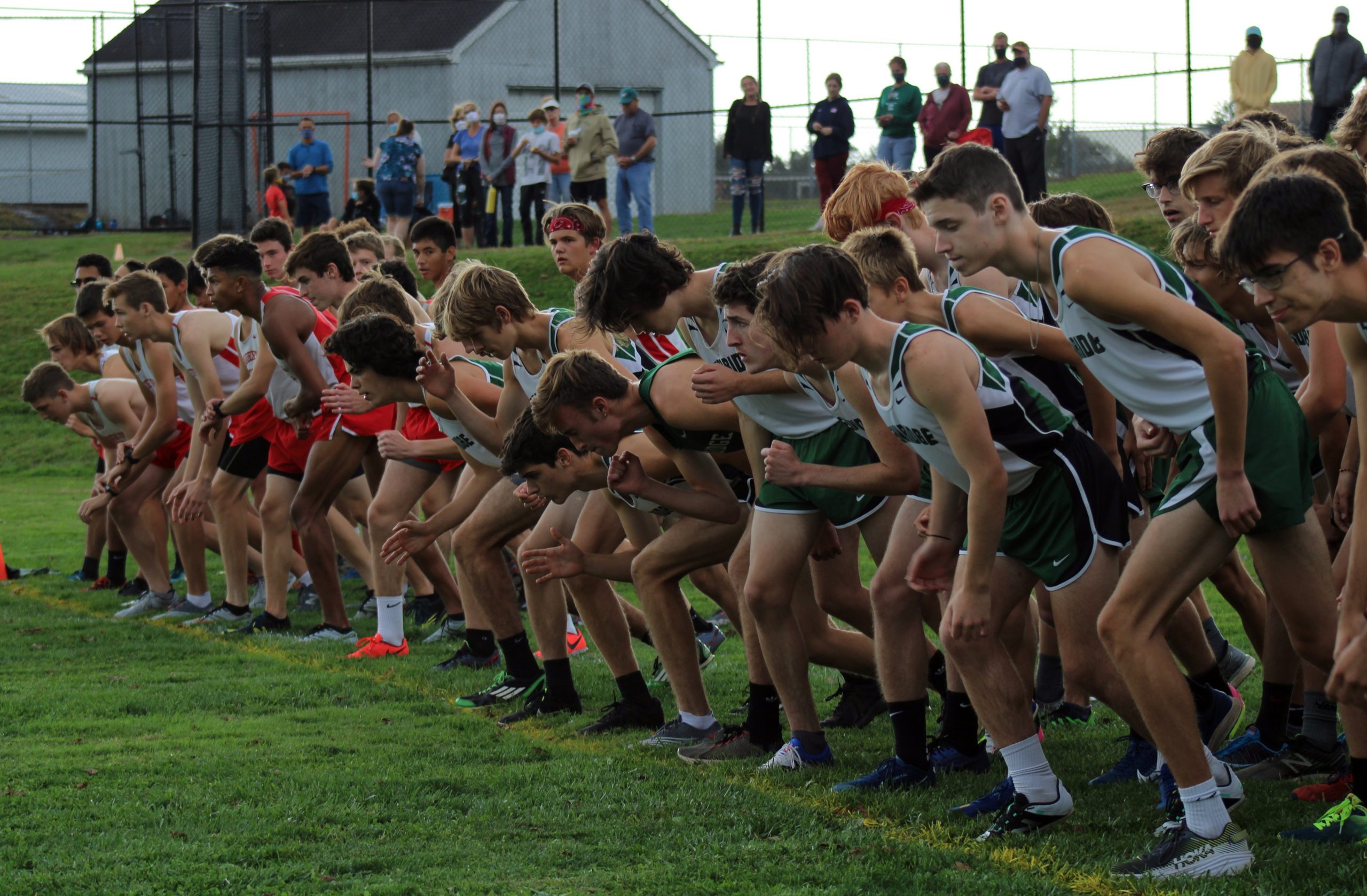 EAST ROCKHILL >> The Pennridge boys and girls cross country teams don’t have to venture far for a challenge.
They have quite a tall one in their very own back yard.

“It’s the roughest course in the league,” the Rams’ Diego Lera-Lozano said of the hilly conquest, “but at least it’s ours and we know how to run it better than anyone else.”

Pennridge knew the way on Wednesday, racing to dual-meet victories over rival Souderton Area in a Suburban One League Colonial Division battle.

The Ram boys prevailed 18-38 and the Pennridge girls were 21-38 winners in the second race.

“We have a pretty solid team, and most important, it’s a good group of guys,” said Lera-Lozano, who set an unbeatable pace in the boys race.

Pennridge’s Diego Lera-Lozano is on his way to victory against Souderton Area on Wednesday, Oct. 7, 2020.

Lera-Lozano crossed first in 17 minutes, 9 seconds, and the Rams (2-1) would take the top three spots (Terence Grenda, Mason Nyce) to prevail over a young but rapidly-improving Souderton squad.

“We did well. All through the summer, they worked really hard,” Rams coach Terry Permar said. “By the time you get around to the third race, you should be ready to go.”

On a windy day on the course, Aidan Maue was the leader for Big Red (1-2), finishing fourth in 18:01. Maue won the Middle School boys race at the 41st Annual Centaur Invitational last fall at DeSales University.

“I thought the guys ran pretty well today. We have two freshmen in the top five so it’s a great experience for them,” Big Red coach John Donahue said of Maue and Aidan Kearns. “It’s probably one of my smaller teams, but I’m really proud with all of the effort they’ve put in.

“(With the pandemic and cancellations), we take every week like it could be our last. I think it does kind of bring home ‘take it one meet at a time. Don’t look too far ahead,’ which, sometimes as athletes and coaches we sometimes look too far down the road.”

Souderton Area and Pennridge runners chat after their dual meet on Wednesday, Oct. 7, 2020.

Allison Malmquist and Francine Flores battled back in the second half of their race to place third and fourth for Souderton.

The Pennridge girls (3-0) were a strong, tight pack again, led by first-place Ashley Gordon (20:14). The Rams took five of the top seven spots.

With different girls stepping up in different races, runners three through seven have been interchangeable for the Rams. And they got it done again Wednesday. Nora Ritting, Ava Pulturak, Kendall Posey and Anna Teliska comprised the remaining top five against Big Red.

Pennridge and Souderton Area runners battle in their dual meet on Wednesday, Oct. 7, 2020.

“This is not the easiest course to run on,” Smith said. “It’s demanding. But it makes them tough. And if you can run here on a consistent basis, then you can run anywhere.”

Gordon took control of the race from the start, leading the way for the unbeaten Rams.

“Just make it up the hills,” she said with a smile, speaking of the strategy on the home trails. “You gotta stay steady up the hill and you really have to take advantage of the downhill.

“It’s hard for other teams to come here and run this course because you have to learn how to run these hills. And run them a lot. It’s a home-course advantage for sure.”

Pennridge travels to Peace Valley Park to take on Central Bucks West Wednesday and Souderton Area is at CB East that afternoon.