TWO-A-DAYS: Conestoga seniors excited to get one more chance to make waves on the field 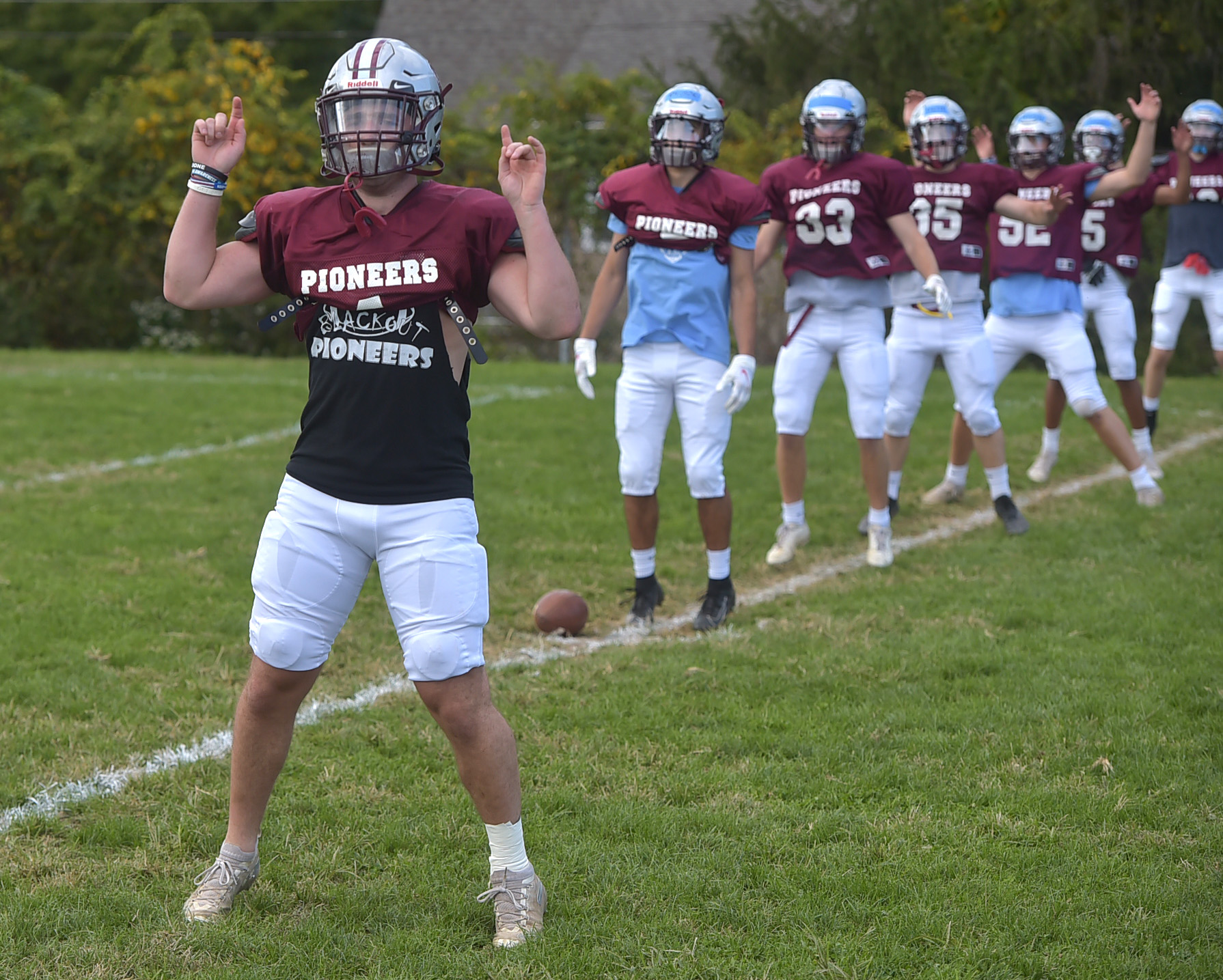 TREDYFFRIN >> Thirty seniors dot Conestoga’s football roster this fall, and many of them are part of a hard-hitting defense that is grateful to be getting one last shot at a high school gridiron career in 2020.

Central League players all will have a plexiglass shield on their facemasks for the season as seen here Conestoga linebacker Pat Nichols. (PETE BANNAN – MNG)

“We’ve had a terrific turnout for the voluntary practices since July 1 – we’d get more than 50 kids week after week, all of them following the [COVID-19 safety] protocol. Our team is ready and so excited to have an opportunity to play this fall – even a small handful of games is better than nothing at all.”

As of Oct. 5, the Pioneers have a half-dozen games scheduled against Central League opponents, starting with a home contest against Ridley Oct. 23.

The leader of Conestoga’s defense is senior middle linebacker Pat Nichols, who led the Pioneers with 45 tackles last fall. A two-way threat, the 6-foot, 200-pound senior will line up at slot receiver on offense, and will handle the Pioneers’ punting chores. Nichols received second team All-Central League honors for his punting last fall.

“Michael is one of our top tacklers, in my opinion,” said Diamond.

Up front, the defensive ends will be sophomore Brody Eaton and senior John DeFruscio, junior Alex Harris is the nose tackle, and juniors Hayden Karbiner and Will Preston should see playing time.

Diamond said the Pioneers’ best strength on offense is its speed at the skill positions.

“Our wideouts have been running clean routes [in practice], and our two quarterbacks have been delivering the ball accurately to them,” noted Diamond.

“We’ll try to get the ball in [Detwiler’s] hands as often as we can,” said Diamond.

Conestoga assistant Sonny Dimartini does calisthenics along with the team. (PETE BANNAN – MNG)

The Pioneers have two candidates for the starting quarterback position – senior Michael Costigan and junior Calvin Shirley – and Diamond noted that both have been performing well in practices.

The running back chores will be spread among seniors James Condi and Nico Arbes, junior Chase Kelley and sophomore Jon Quici.