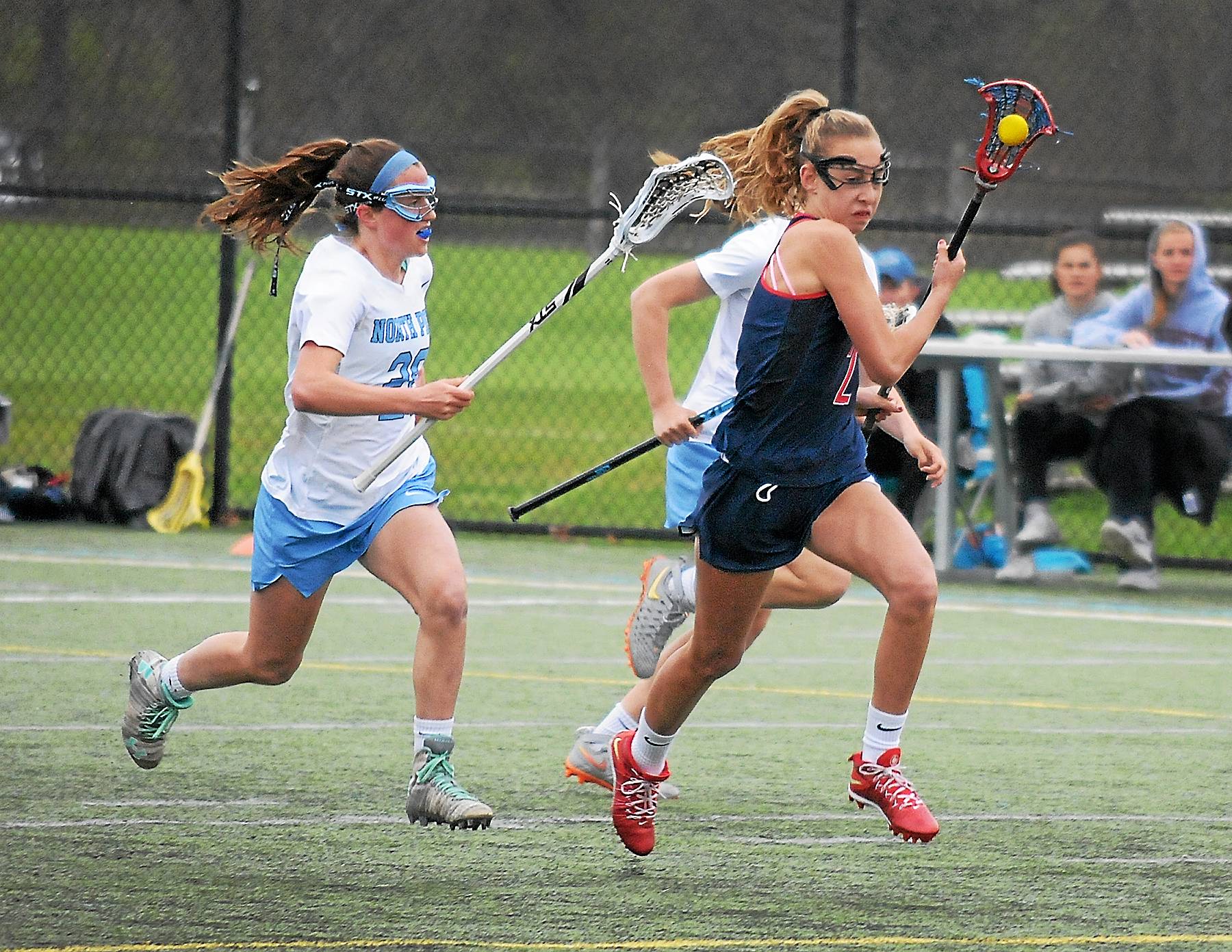 Mackenzie Leszczynski made sure what easily could have been a negative situation turned into a positive one.

The Plymouth Whitemarsh senior, who also goes by Max, tore an ACL with her club lacrosse team last November, meaning she was going to be sidelined for most of her junior high school season and following summer. Then, the COVID-19 pandemic hit, making her rehab process that much more challenging and her prospects of playing college lacrosse a bit more in question.

It was all just more motivation for Leszczynski, who came out of rehab feeling better than ever and over the weekend committed to continue her lacrosse career at Duquesne.

“Long story short, I stepped on campus and knew I was home,” Leszczynski said Monday night. “My process with Duquense has been a long one. They had been recruiting me since September 1 of last year, which is the first day I was able to be recruited.”

Leszczynski, who plays club lax with STEPS Philadelphia, is already back on the field in a highly competitive setting this fall as a forward on Plymouth Whitemarsh’s girls’ soccer team. The team’s leading scorer last year, Leszczynski hasn’t missed a beat this fall and credits it to her determined rehab during quarantine.

With no spring as a junior and all but one club tournament cancelled this summer, Leszczynski put all her focus on rehabilitating her knee and proving to college lacrosse coaches she hadn’t lost anything through her injury. It was rigorous and at times left the PW senior needing to be creative to work out, but she feels worth it in the end.

“My physical therapist and I had a running joke where he’d say ‘if Max can’t play lacrosse this spring, then no one else can either,’” Leszczynski said. “He was absolutely critical in my process, without him, I don’t think I could have come back the way I did. He knew what my goals were and he set me up to achieve everything I wanted.”

When she got hurt, Leszczynski stopped hearing from many of the coaches she had been in communication with since the previous fall, but she added that she doesn’t fault any of them for backing off due to the serious nature of her injury. Most programs weren’t willing to make her an offer without seeing her play after recovery, a stipulation that wasn’t exactly easy with the country in a state of shutdown.

“It was definitely very stressful. All my life, all I wanted to do was play lacrosse in college, when coaches would ask what I wanted in a school, I didn’t know what to say because it was just all about lacrosse for me,” Leszczynski said. “It was a little rough when the interest slowed down. When I wasn’t hearing from any one, I did get a little nervous and with soccer season coming up, I needed to start focusing on that.”

Despite not playing, the work didn’t stop. At first, there was physical therapy and limited work at home with her family which expanded to the gym once that re-opened and a willing cast of teammates ready to head to the field any time. PW coach Ellen Reilly was a helping hand as well, helping her senior midfielder go through skill work to stay sharp.

“I’m sure there are some great outtake videos of me tripping and falling everywhere trying to work on draws and eight-meters at Victory Field,” Leszczynski said. “They were amazing about always wanting to help me during quarantine and I couldn’t ask for anyone better to be playing senior year with.”

In setback, there can be opportunity and Leszczynski saw it as a chance to build her technical abilities while her physical ones recovered. She could work on draw controls or shooting while sitting down and stickwork and passing as her knee got stronger while leaving things like agility and speed work to a more controlled environment in physical therapy.

“My focus now is definitely getting stronger, my teammates lovingly call me ‘tall and a beanpole,’” Leszczynski said. “My legs got smaller after my surgery, it’s just what happens, so now I want to work on getting bigger and in even better shape.”

Once she was able to get back on the field this summer, it was time to reconnect with college coaches and show the injury was behind her. Duquesne was right back in the mix but it also brought a newcomer in St. Joseph’s with both programs offering the PW senior a lot of positives and opportunity.

It also led to a crazy week for Leszczynski, who visited St. Joe’s last Wednesday before playing in her Senior Night soccer game on Thursday and departing for Duquense right after, arriving to the Pittsburgh-area campus around 2 a.m. and touring the next day. With the NCAA recruiting dead period still in effect, Leszczynski and her parents had to set up their own tour but she was sold regardless.

As enticing as the Dukes’ lacrosse program was, the academic side was just as good. She plans to major in either biological sciences or biomedical engineering on a pre-med track.

“My mom has always said ‘you are going to be a star student before you are a star athlete,’” Leszczynski said. “It was big for me in recruiting that schools were able to see I’m a great student and a great athlete and could fit in anywhere.”

Leszczynski, who stands about 5-foot-11, said Duquense sees her continuing to play midfield and potentially be an option on draw controls.

For the moment, she’s locked in on helping the Colonials get into a groove on the soccer field and finishing the fall strong with a packed schedule of games coming up. PW is dealing with a few injuries, so Leszczynski is ready to step up for her teammates.

Come spring, the senior is more than ready to show how a setback turned into a major comeback after more than a year away from her favorite sport.

“I have no words for how excited I am,” Leszczynski said of returning to lacrosse. “I cannot wait to get back out there in the spring. So many scores to settle, so many games I’m looking forward to play.”