TWO-A-DAYS: After its best season ever, Kennett ready for the hard part: staying near the top 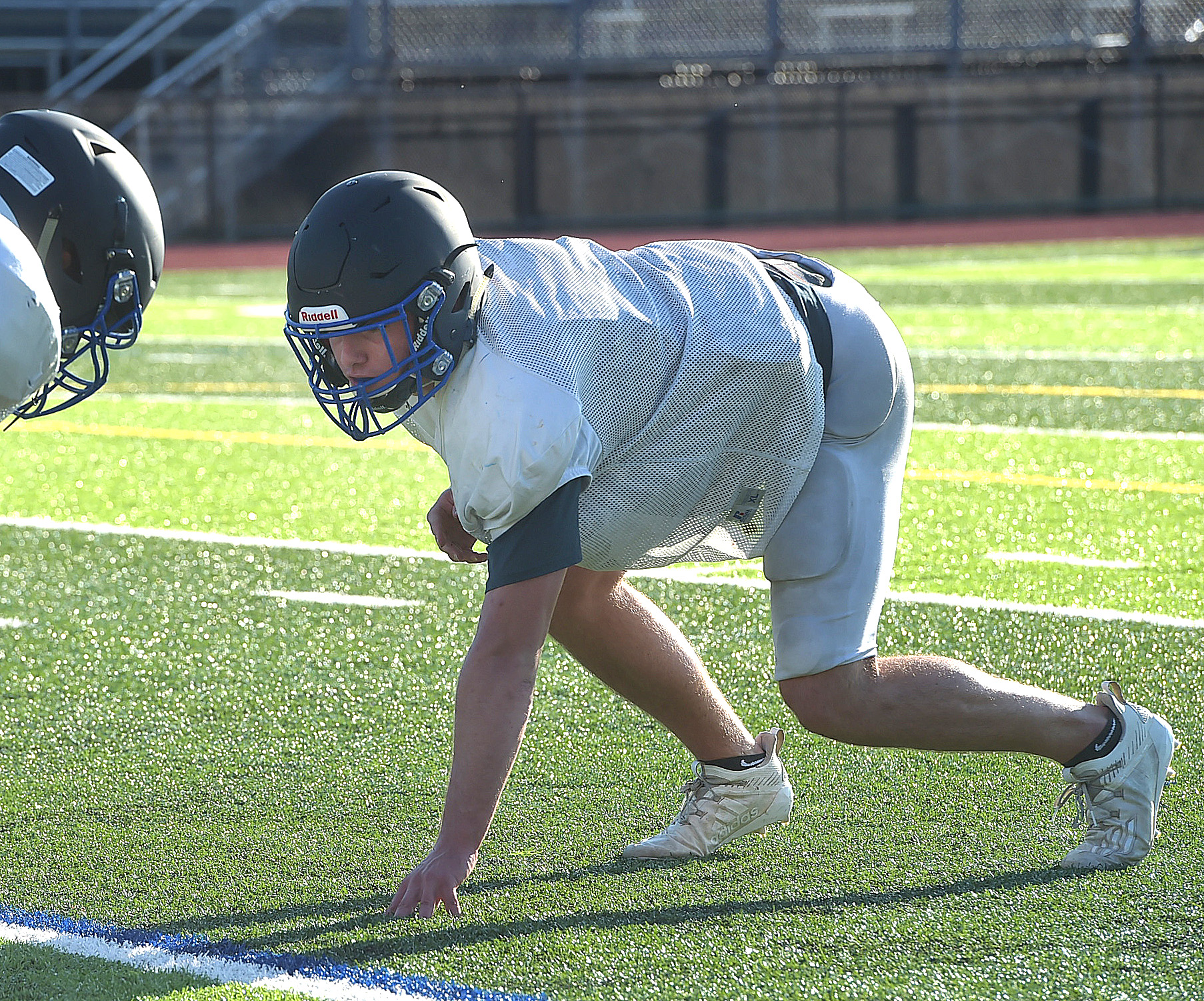 Coming off the best football season in school history, Kennett now faces the challenge of maintaining its lofty spot as an elite program in the Ches-Mont American.

It’s a role that the Blue Demons have never faced, especially since Kennett resurrected the sport in 2005.

Kennett’s Connor Jung takes it through a footwork practice.

“We haven’t really had an opportunity to think about what was done last season,” acknowledged head coach Lance Frazier. “We are just trying to put ourselves in the best situation and do everything possible to make sure that we are prepared to play.”

Under Frazier, the Blue Demons went 11-2 in 2019 and advanced all the way to the District 1 5A semifinals. And its lone league loss came to surging West Chester East.

“I think our guys know that we won’t be sneaking up on anybody,” Frazier said. “I told our guys that we ticked a lot of teams off last season. We embarrassed some people.

“Nobody wants to lose a football game to Kennett. So we are going to get everybody’s best and we have to be prepared. Our young guys will have to grow up rapidly.”

“Losing Garrett is a huge blow on the both sides of the ball,” Frazier said. “But I envision us being more of a collective crew. We are going to be more balanced. We are going to need a bit of everybody.”

A senior who is also one of the area’s shutdown cornerbacks on defense, Forte spent the off-season reading books on leadership.

“Sam is the CEO-type of guy that people are eventually going to work for,” Frazier said.

“He’s probably one of the most unsung athletes in the state. Sam is a college-level athlete, and it’s more than just his skill-set. It’s his football acumen, his natural instincts, and what he brings in the leadership department.”

Forte’s top offensive weapon is junior wideout Kalen Frazier, who is 5-foot-11, 168 pounds, and is a speedy difference-maker.

“He had a great off-season, but he didn’t have a choice as his dad is the head coach,” Lance Frazier chuckled. “He’s bigger, stronger, faster, but the thing that stands out the most is how serious he is in his approach to the game. He is willing and ready to do all of what he did last season and some.”

Headlining a rotation of running backs is junior Connor Young. The offensive line has just one returning starter in tackle Matt O’Keefe, but center Colin Sweb was a part-timer in 2019.

The Kennett defense has proven entities at all three levels. Up front, it’s all-conference end Vincent Cresi. Buzzy Hertz is a three-year starter at outside linebacker, and safety Luke Good is back as a compliment to bookend corners Forte and Kalen Frazier.

“Kalen played some good football for us defensively,” said Lance Frazier, who was a defensive back in the NFL. “And we simply tell (Forte) that he’s matched up on the opposing team’s best receiver and he needs to erase him.”

Young could be Kennett’s next great linebacker, but has big shoes to fill in the middle with the departure of Cox.

“I think we are pretty solid on all three levels on defense,” Frazier said. “We have tons of speed and we get after the football.

“For us, the big thing is: are we evolving and doing things even better than we did last year?”

Ruling on spectators creates doubt for schools
TWO-A-DAYS: Unionville has some new faces in 2020, but the same high expectations