District 1 facing limited window for playoffs, just two weeks for football in 5A, 6A 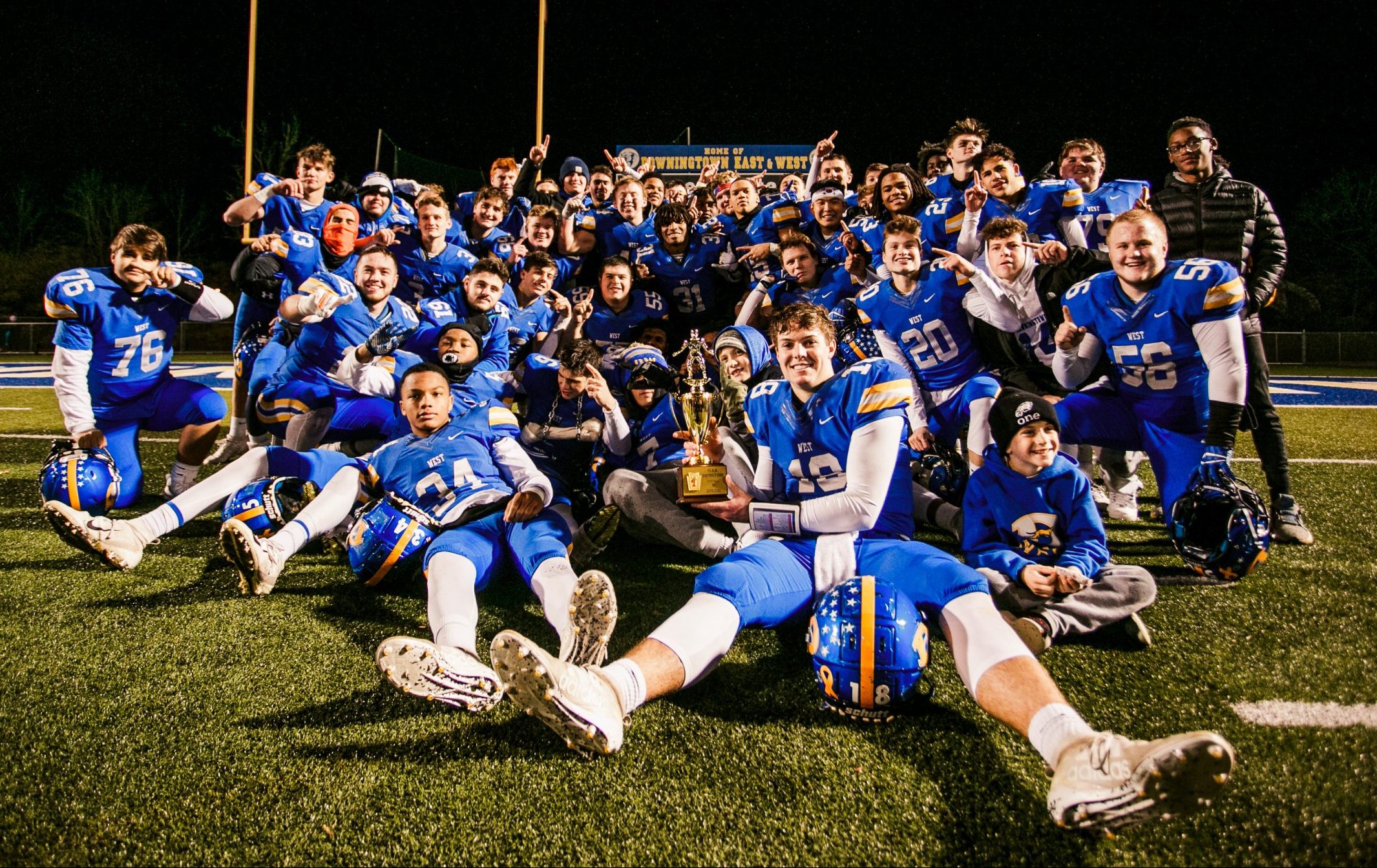 With schools in District 1 returning to competition in the COVID-19 pandemic-delayed fall high school sports season, thoughts inevitably turn to the postseason.

In a year unlike any other, that picture does not take shape easily.

The Pennsylvania Interscholastic Athletic Association (PIAA), at its meeting last Wednesday, Sept. 23, established its abbreviated playoff structure for the fall season, setting the table for District 1 to act with both urgency and patience to adjust to a high school sports climate in southeast Pa. that has seemingly changed daily over the past three months.

“We still have a lot to figure out in a short amount of time,” said District 1 Assistant Executive Director Sean Kelly.

The shortened postseason – the PIAA football championships will be held Nov. 27-28, a week earlier than in 2019 – leaves District 1 with a compressed playoff schedule with regular seasons running until the final week of October.

For Class 6A and 5A football, it allows for only a four-team bracket over two weeks. In Class 4A, District 1’s ‘champion’ begins PIAA play Nov. 6, the week after the regular season ends.

“In 5A and 6A, because of the PIAA calendar, we’re looking at a four-team bracket. Nov. 6 and Nov. 13 will be our district games, and then Nov. 20 will be the state semifinal,” Kelly said. “That shortened our playoff season by two weeks.”

Determining those postseason entrants is a difficult task with no easy options. With teams competing only in-league, there is no non-league play to consider common opponents, and shortened seasons decrease the sample size to apply the existing power ranking formula.

How the playoff field will be established is still to be determined.

“It’s an excellent question. We have our points system in place, the question is, is there going to be enough of a sample size for that point system to be accurate,’ Kelly said. “After this weekend, when the Suburban One League (football) plays, then we’ll get a better idea of what those rankings look like, but that is a task of our subcommittee to look at that.

District 1 is establishing subcommittees to examine each sport and classification beginning this week with the intent of finalizing the postseason picture in the next two weeks.

For team sports beyond football, the number of games played will be greater, but disparate. Pioneer Athletic Conference soccer teams are scheduled to play 11 contests while Ches-Mont teams have six games – the minimum for postseason eligibility – scheduled before the end of October.

“We’re really going to have to find a way to balance that,” said Kelly.

Postseason planning for Individual sports are proving less prickly: the District 1 Golf Championships are on schedule for next Monday and Tuesday at Turtle Creek Golf Course in Limerick. All three participating District 1 leagues – the Pioneer Athletic Conference, Ches-Mont and Suburban One League – held tournaments this week to decide who will play in districts.

Cross country and tennis are also on schedule.

Playoffs aside, a push from District 1 leadership will allow teams to maximize the delayed season and compete through November.

At last Wednesday’s PIAA meeting, District 1 President Dr. Michael Barber put forth crucial motions that were approved that allow schools to stage games until Thanksgiving, even in the event of postseason elimination, as well as suspending a measure in the PIAA by-laws that requires a team to play 50 percent of maximum allowable games to be eligible for postseason competition. A provision was enacted that allows teams that have participated in 33 percent of games if 50 percent of the allowable games have been scheduled.

In the case of football, it allows teams to compete in the postseason if they play four regular season games, instead of five, a total on the PAC and SOL could reach. On Tuesday, the Ches-Mont League unveiled a four-game league schedule.

The return of leagues and schools throughout District 1 in the past two weeks has presented a new set of circumstances for District 1 postseason planning. The Ches-Mont and Central Leagues reversed earlier decisions and opted back into fall sports on Sept. 21, the Archdiocese of Philadelphia re-entered fall sports on Sept. 25, opening the reentry for District 1 schools Bishop Shanahan and Pope John Paul II, while schools such as Pottsgrove (football), Upper Merion and Phoenixville are also pushing for returns this season.

The Central League is choosing to not compete in the postseason.

“I can sympathize with what athletic directors were going through all summer with making schedules and then tearing them up,” said Kelly.

District 1 has not set a firm deadline for schools to commit to postseason interest.

“I’ve been asking for schools to be giving feedback but have also worked to be patient because I know athletic directors and principals and superintendents are working hard getting kids back into schools right now so we want to give them the opportunity to make those decisions and get kids back to school and be healthy,” Kelly said.

“We need to be flexible for all the schools involved and cater things to their needs.”

On Tuesday, District 11 voted to opt out of the PIAA tournament and conduct its own district tournaments through the weekend before Thanksgiving. District 1 would not be out of bounds to head the same direction.

There will be inevitable hand-wringing over shortened District 1 playoffs but it’s important to maintain the perspective of just a few months when even getting on the field was in doubt for many schools.

“These are the most unique circumstances that anybody has ever dealt with. If you had asked teams three months ago what their goal was, their goal was to get kids on the field and be able to play even if it was a certain amount of games,” Kelly said. “Now that teams are getting into the season, the focus does turn to the playoffs and postseason and that does become a goal and a priority and that makes perfect sense. But ultimately this is one of the most unique times anybody has ever been through and we need to adapt and adjust to it and realize that the things we’re doing for this year is hopefully just for this year and that we can get back to our normal ways hopefully in the winter season and spring season.

“The fact that kids are on the field and playing right now is an accomplishment and school administrators should be given a ton of credit for the amount of work that they’ve done, along with the coaches and student-athletes following all the procedures to get to this spot.”