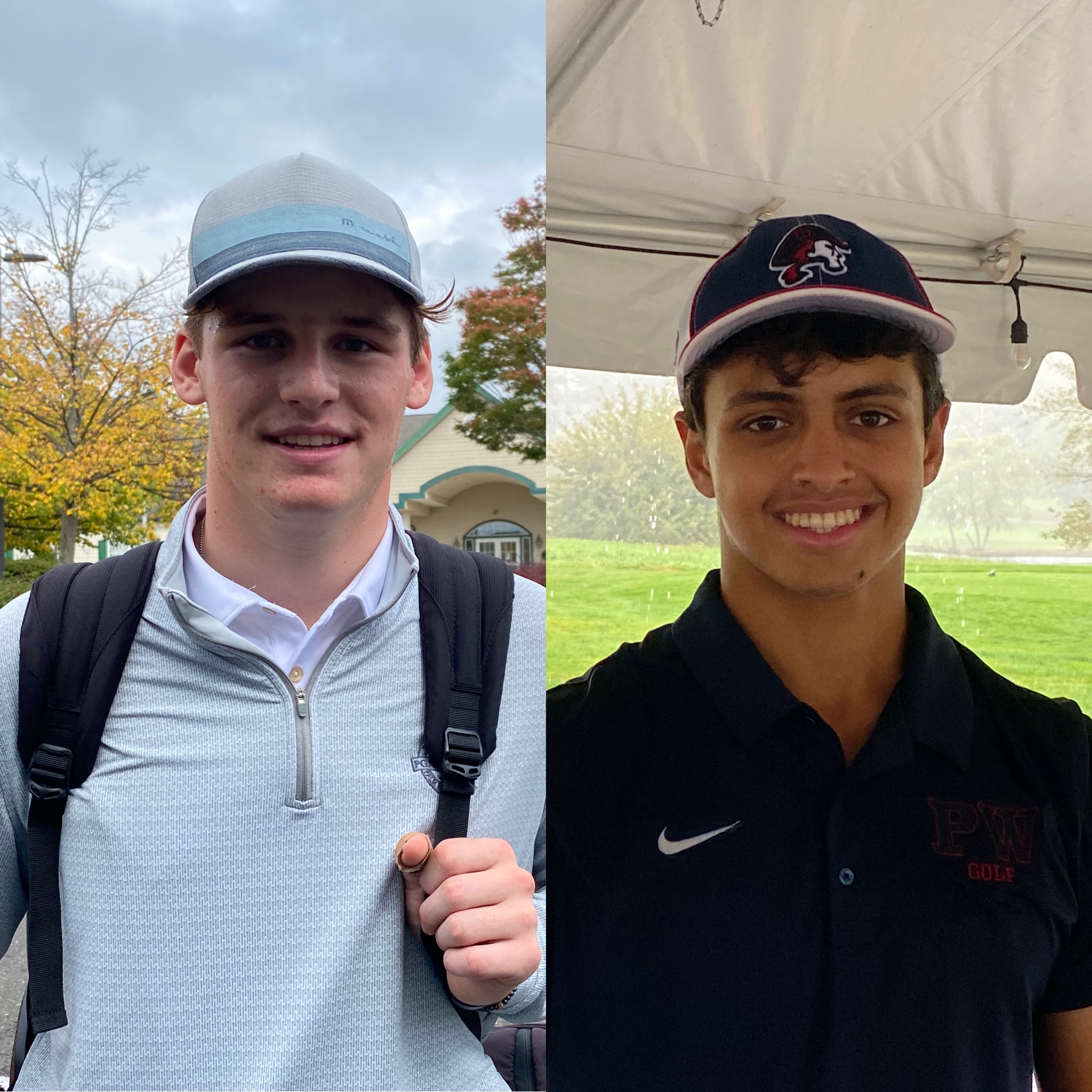 WARMINSTER >> John Lee left Five Ponds Golf Course Tuesday satisfied with his performance in the Suburban One League Boys Championships. The Central Bucks West junior, however, was just a bit uncertain if his score would hold up.

“I’ll probably keep looking at the leaderboards for the rest of the day,” the Central Bucks West junior said. “But I’m very happy with how I played.”

Lee and the Bucks headed away from Five Ponds hours before the final scores were tabulated – a product of maintaining social distance during the COVID-19 pandemic – but his even-par 71 was matched only by Dylan Gooneratne. The Plymouth Whitemarsh senior and defending champ completed his round through the late afternoon rain to earn a share of first place.

“This (rain) started just as we were getting off 17 tee,” Gooneratne said. “So it was nice for the majority of the round we didn’t have any of this downpour. So we only had one or two more holes to finish and I was able to play pretty well.”

While the weather was up-and-down – starting wet and dreary then clearing before rain moved back in at the tail end of competition – Lee was steady, carding one bogey, one birdie and 16 pars to lead a strong effort from CB West, the SOL Colonial Division champ. The Bucks had five of top 16 finishers and qualified seven for next week’s District 1-3A Championships.

“Today felt good,” Lee said. “After the first hole – I three-putted but then I got myself back together and I was just hitting my clubs good. Off the tee, putting myself in great position and then getting on the green and making putts.”

For West, Milo Jezzeny tied for third with Wissahickon’s Christian Matt and Central Bucks East’s Jack Dunsmore at 2-over 73 while Kevin Lydon shot a 4-over 75 to tie for ninth with Jackson Tappen of Wissahickon and Hatboro-Horsham’s Parker Farnell.

“Could have been a lot better, but threw a few shots away on the back.” Jezzeny said. “But not too bad.”

The Bucks’ Charles Feraco and Jack Quinn were a part of three-way tie for 14th at 6-over while teammates Alex Feraco (9-over 80) and Bryce Mithoefer (11-over 82) were among the 38 Class 3A golfers who earned a tee time at districts, which starts Monday at Turtle Creek Golf Course.

Gooneratne won last year’s SOL Championship outright with an even-par 71 and Tuesday posted the same score by overcoming a double bogey on eight and a bogey on 11th with birdies on holes five, nine and 12.

“I’m very happy with that score,” Gooneratne said. “I was able to putt really well. Coming in I had teammates, everyone back home, Evan (Rosenstein) here, they supported me the whole way and they knew that I just had to go out and I could put together a good round and I’m thankful for them and I’m thankful that I was able to get it done.”

Rosenstein joined Gooneratne in reaching districts with his 5-over 76, tying him with North Penn’s Dom Della Penna for 12th place.

Della Penna was one of five NP golfers to advance – the Knights tying Pennsbury for second-most qualifiers behind CB West. Chris LaRosa tied for 18th at 8-over, Quinn Marett tied for 24th at 9-over, Justin Pileggi shot 11-over 82 to tie for 34th while Josh Kim grabbed the league’s last district spot via tiebreaker (back 9 holes, Kim shot a 3-over 39) after finishing with five other golfers at 12-over 83.

Wissahickon had a trio of golfers reach districts led by Matt, who tied for third with his round of 2-over 72 that had three bogeys and a birdie on the par-4 10th.

“I thought I did well coming in in the pouring rain,” said Matt, who played in the day’s second to last group. “I missed one shot on 16 – I slipped but other than that I was pretty satisfied with how I finished.”

Tappen was two shots back in the tie for ninth for the Trojans while Andrew Beiter carded an 8-over 79 to be in the six-way tie for 18th.

Hatboro-Horsham, Pennridge and Springfield-Montco each had two golfers advanced to districts.

Along with Farnell tying for ninth, the Hatters’ Noah Sim qualified with his 11-over 82.

Pennridge’s Blake Stewart and Brendan Bauer both shot 8-over 79 to tie for eighth.

Springfield’s Austin Maggioncalda eagled the par-5 12th hole in shooting 3-over 74 which earned him a tie for sixth. Fellow Spartan Finn Coll tied for 34th with his 11-over 82.

Souderton’s Stephen Butler birdied the par-4 18th for a 3-over-74 to finish with Maggioncalda and Pennsbury’s Ryan Rearden in sixth.

Charlie Kerprich of Upper Dublin made districts by placing 17th with a 7-over 78.