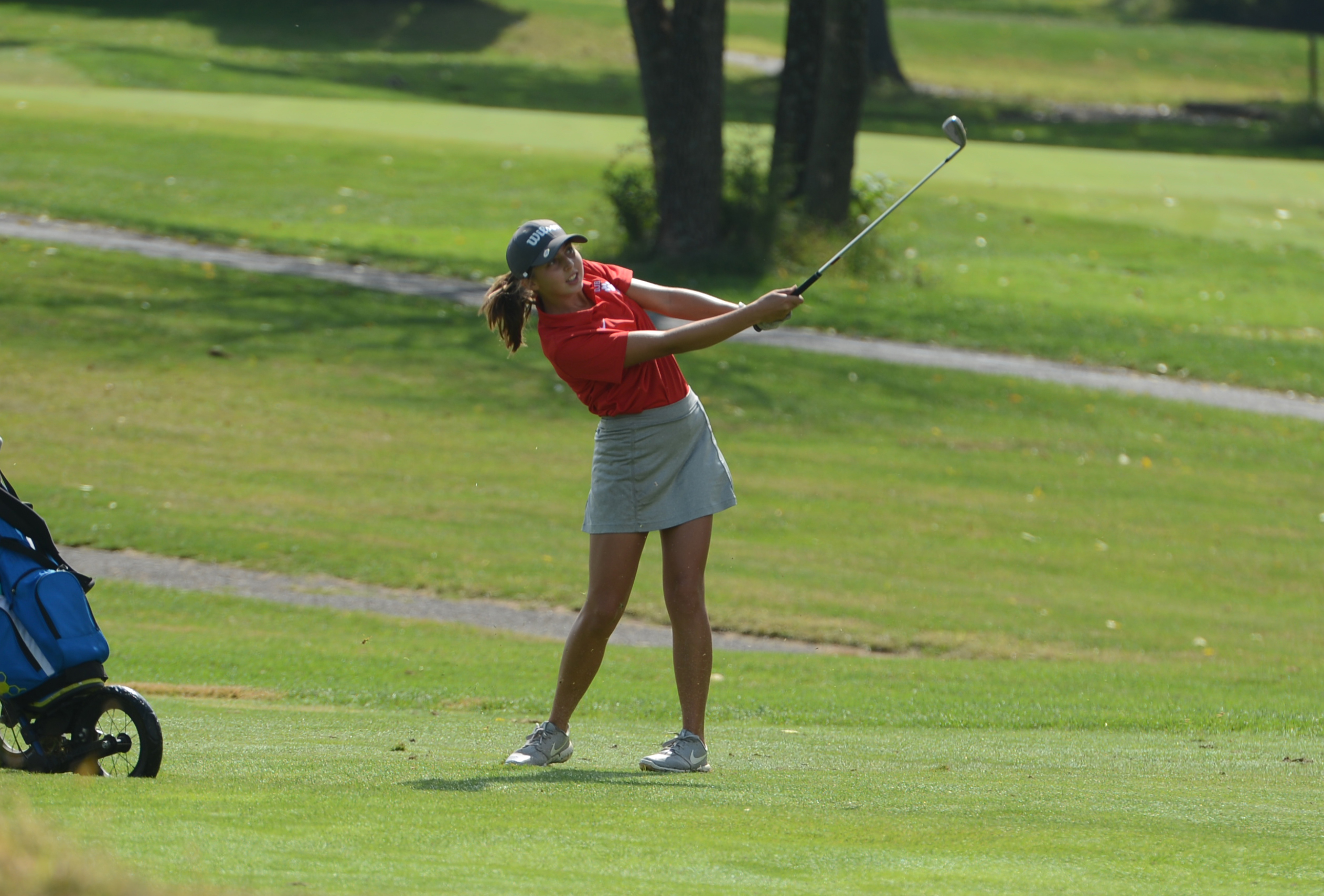 Nonetheless, that’s how Fedun, who was trying to help the Owen J. Roberts boys team qualify for districts, treated the event at Gilbertsville Golf Club, the traditional site of the PAC individual championships.

Fedun shot a two-under par 69 for the lowest round of the day. She also helped the Wildcats qualify for the district team championships along the way. OJR and Methacton both finished with combined team scores of 397 to advance to the District 1 team championships.

Fedun’s round of 69 was followed by Boyertown senior John Engle (70), Spring-Ford senior Luke Watson (73) and Methacton senior Jeff Cooper (76). Norristown’s Josh Ryan, who is not competing this season as the Eagles’ athletics are shut down due to COVID-19 concerns, won with at 69 last year’s PAC Individual Boys Championships at Gilbertsville.

“I look at it as the league championships,” Fedun said. “I guess they’re not calling it that, but I look at it that way.

“It was on the back nine when I first started on like 10,” added Fedun, who was hoping to shoot a 74. “I started to get a few birdies there and then a few bogeys. I knew I was kind of getting to a point where I could shoot pretty good. I started to get a little nervous but I held through it.”

The Wildcats only have a boys team, so Fedun plays with boys during league matches and postseason team competition and competes individually with the girls. In line with the PIAA rulebook in regard to girls competing in boys’ golf play, Fedun did not play from the blue tees alongside the boys Tuesday. She played the front 9 from the white tees and the back 9 from the reds, which accumulated to 85 percent of the yardage of the boys tees.

Fedun was the runner-up at last year’s PAC girls championship with an 83. She’ll be back at Gilbertsville on Wednesday to compete individually for a district spot in the PAC Girls District 1 Qualifier.

Tuesday’s round gives her some confidence moving forward and is also a reminder of the commitment she’s put into her game since last season.

“I’ve definitely been practicing a lot over the summer,” Fedun said. “I decided this year I want to play in college, so I’ve been working towards it.”

Boyertown’s Engle and Spring-Ford’s Watson, who played in the same group along with Phoenixville’s Kyle Resuta and Methacton’s Andrew Lasecki, both showed marked improvement from last year’s PAC boys championships, when they tied for sixth with six-over par 77s.

Last season, Engle said putting helped him make big improvements in his game. The difference this season for Engle, who said he’s consistently shooting right around par, has been added length to his game.

“I was trying to shoot even or under,” Engle said of Tuesday’s performance. “I figured that would give me a pretty good shot to win. I felt pretty good. I left a couple of shots out there, but you obviously can’t make them all. … I played well on the Par 5s. That really gets some momentum going into the other holes.”

“We were just trying to come out and have fun and compete,” he added.

Watson is good friends with Resuta and said having him in the same playing group Tuesday certainly helped his round.

Though new rules related COVID-19 safety protocols like leaving the pin in the hole, not exchanging scorecards and trying to maintain social distancing while showing up to the course have been an adjustment, days like Tuesday have been appreciated by Watson.

“It’s been different, it’s been a little getting used to everything. But honestly when we’re out on the course, I don’t see much difference, which is good because I feel like I just thrive out on the course,” Watson said. “For me personally, the course just feels like home. It’s a different environment and I’m almost a different person than who I am in real life. It’s just so peaceful.”

The top 16 golfers advanced to next week’s District 1 championships at Turtle Creek.

“That was a little nerve-wracking,” Kim said. “I choked the first putt so I was a little iffy right there and there was only one spot for three people. They were putting for five and I was putting for four, so I had to drain it. I was really focused and in the moment.”

“I just had to get focused, and I had to get in the zone and then just play my game like I usually do,” he added on his bounce back from the triple bogey.

PAC schools have been playing matches since Sept. 15, about 3-4 weeks later than the typical start to their seasons, while Tuesday’s district qualifier comes just four days after last season’s PAC individual boys championships.

“It’s so much shorter. We only have four matches before PACs, which is pretty unfortunate because in my last season I really wanted to make the most of it,” Rinda said of the biggest differences in 2020. “It’s just good that we’re able to get out here and play events like this and have districts in a week or so. It’s really exciting.”

The District 1 individual boys championships will take place Oct. 5-6 at Turtle Creek Golf Course. There will be no regional tournaments this year as those individuals and teams who qualify from districts will go straight to the PIAA championships on Oct. 19 and Oct. 26, respectively at Heritage Hills Resort in York.

An altered postseason schedule is just another adjustment in a season that’s been full of them.

“Going further, there’s no regionals or anything and there’s less schools competing in districts and everything, so scorewise it’s going to be different,” Watson said. “I just have to kind of mentally prepare for that and play my own game and not worry about a single score.”