Mercury Week 1 Football Review: How a shortened season shapes up after openers 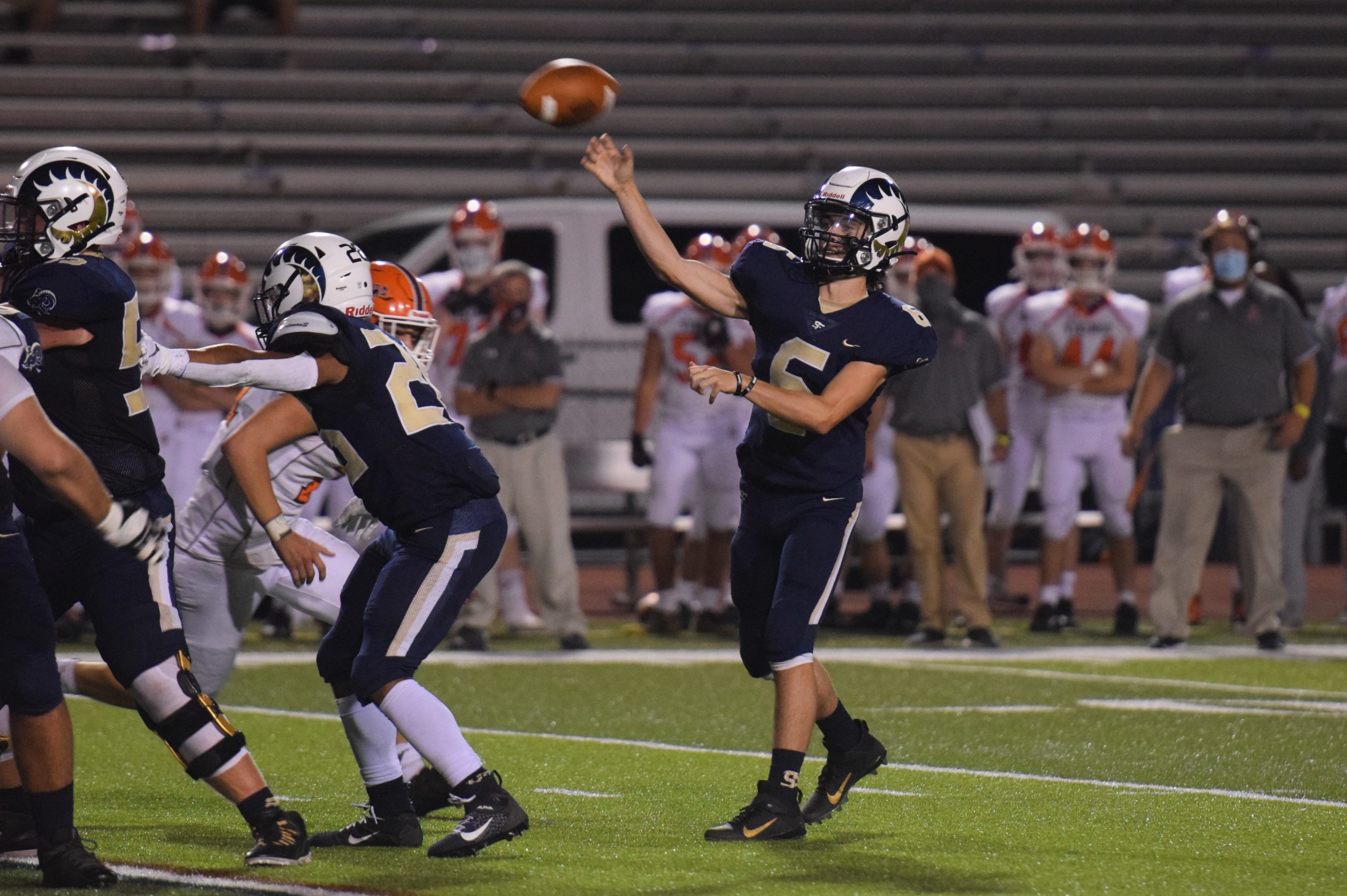 The past few years of Pioneer Athletic Conference conference play have unfolded in a similar pattern, particularly in the Liberty Division.

Spring-Ford and Perkiomen Valley have gone through their league slates unblemished, leading up to a head-to-head showdown in the regular season’s final week. But this season, the Spring-Ford/PV tilt was a season opener, won by the Rams 27-13 Friday night. So where do we go from here?

With no non-conference play this season, and a lack of clarity surrounding any potential District 1 playoff qualifying criteria, it’s easy to focus on the existing schedule and the pursuit of a PAC title for the six squads.

As defending conference champions and decisive victors Friday night, Spring-Ford maintains the driver’s seat in what amounts to a five-game, round-robin PAC season involving five Liberty Division squads and Upper Perkiomen. The format has the potential to eliminate any discussion of tiebreakers or other complicating factors – go undefeated, and you’ll be league champions.

But for a team like Perkiomen Valley who dropped their opener, four weeks of chaos combined with their own winning streak becomes the formula. The Vikings can no longer hope to go undefeated and would lose any head-to-head tiebreaker with the Rams. But a 4-0 run of their own, combined with a Rams loss or two could create a three-way tie scenario that could put the Vikings back into contention.

How realistic is such an outcome? We may find out as soon as this coming weekend. Owen J. Roberts travels to Methacton for a matchup of two 1-0 squads tied atop the conference with Spring-Ford. The Wildcats come in off a performance as impressive as Spring-Ford’s, a 37-7 victory over Boyertown in which the OJR defense held the Bears below 80 total yards of offense.

Avrey Grimm made the most of 14 carries, totaling 137 yards and scoring twice for the Wildcats, who got off to a flying start when Christian Grossi celebrated Senior Night with a 45-yard TD run on the first play from scrimmage. Sophomore quarterback Michael Reed made his debut in place of senior Matt Cutrone (who played but had an arm injury that impacted his throwing), going 5-for-10 for 87 yards and effectively operating an explosive Wildcats’ offense. For their part, Methacton comes in after an exhilarating finish to their debut on the road at Upper Perkiomen. The Warriors took their first lead at 16-12 when Mike Merola found Justin Gumienny for the go-ahead score with only 35 seconds to play. But following a successful two-point conversion, Upper Perk quarterback Hunter Flack drove the Indians into Methacton territory and earned an untimed final play from the Methacton 24 after a penalty.

Flack, who threw for almost 200 yards on the evening, found junior Logan Simmon crossing the field with time expired. Simmon found himself on a collision course with Methacton’s Jude Wozniak, a battle won by the Methacton linebacker just three yards short of the goal line, preserving the opening victory.

“It was an amazing play,” said Methacton coach Dave Lotier. “[Simmon] is one of the most talented players in the league. Woz willed himself to make that play.”

The Indians and Vikings meet at the inaugural contest on the new turf at Thomas J. Keenan Stadium Friday, both teams aiming to avoid an 0-2 start.

But they’re all chasing the aforementioned Rams, who used their experience and talent on both lines to dominate the first three quarters of the rivalry showdown with Perkiomen Valley. Spring-Ford proved they have playmakers at all levels of the defense in 2020, as Donnie Nicoline led the charge up front with two sacks and a fumble recovery. Naphtali Stine added an interception from his cornerback spot, while Ryan Horvath and Zach Marinello passed their first tests at linebacker with flying colors, adding several tackles apiece.

Offensively, junior running back Harry Adieyefeh proved an able workhorse with 34 carries for 180 yards and a score, while new starting QB Ryan Freed managed the offense effectively (6-12, 65 yards). Nick Teets did a bit of everything, adding a pair of catches to his eight carries for 64 yards and two scores.

The Rams travel to Boyertown this coming Friday, looking to move to 2-0 and keep everyone in the PAC chasing them in this abbreviated campaign.

Welcome Back >> Over the past week, four Frontier Division schools (Pope John Paul II, Pottsgrove, Upper Merion and Phoenixville) have announced theier intention to have a football season after all.

The Pottsgrove and Pope John Paul II returns are official while Phoenixville and Upper Merion remain pending school board approval. The Archdiocese of Philadelphia on Friday reversed an earlier decision that opened the door for a return to fall play for its 17 high schools, including PJP.

These seasons will not begin earlier than October 9.

A five-week Pioneer Athletic Conference season was scheduled for the six schools that were ready to begin competition Sept. 25.

However, the returning schools have some built-in opportunities for local contests against one another, and with the PIAA ruling that teams can continue playing up until Thanksgiving weekend –regardless of whether they qualify for postseason or if they have been eliminated from postseason – it stands to reason the three late entrants might be able to play a pseudo-league schedule by the time all is said and done.

Given their Frontier Division connections, it stands to reason that the four schools might schedule one another to start a schedule and fill in with other non-conference games. The teams will be eligible for postseason competition.

Boone, Berks Catholic Set to Meet >> Daniel Boone moved to 2-0 on the young season, slugging their way past Muhlenberg 21-7 in its Section 1 opener. It’s the first time since 2015 the Blazers are 2-0. Quarterback Carter Speyerer’s fingerprints were all over the victory for a second straight week, as the senior ran from a pair of scores, adding another through the air and intercepted two passes on defense. Running back A.J Hofer rushed for 143 yards, while wideout Alex Vassallo added a TD reception.

The 2-0 start is a first for second-year Blazers head coach Rob Flowers, including eight seasons with Reading High.

The Blazers move into the heavyweight division next week when they visit perennial power Berks Catholic. They figure to find the Saints in an ornery mood after Berks dropped a 35-34 heartbreaker to 5A Cedar Cliff on Friday night.