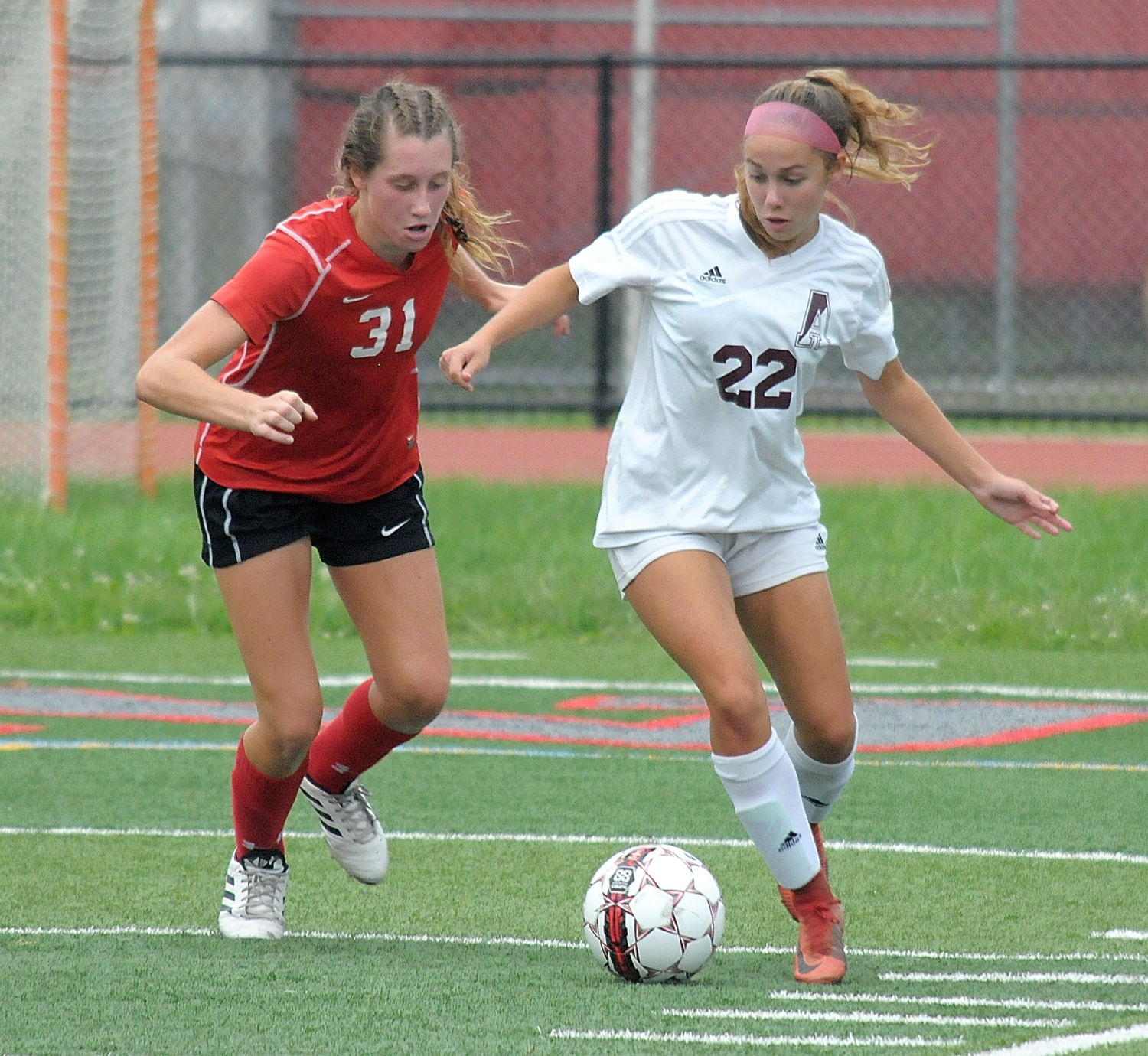 Like every other athlete, Casey Touey had to get creative the past six months.

The Abington senior striker found herself without a summer club soccer season, without access to fields or parks to train, without a way to see her teammates and without a clear path to decide where she would take the next phase of her career. It wasn’t an ideal scenario, but lessons from the fast few years helped Touey get through it.

For now, Touey is focused on getting the season started, but she can do at ease having committed to Drexel last week.

“The whole process was really stressful,” Touey said. “With school starting, I wanted to focus on school too because we’re currently virtual and that’s also completely different. I’m playing for Abington, I have my club practices during the week and most weekends, I’ll be playing ODP, so I have a lot going and I wanted to get this out of the way.”

Touey enters her fourth year as a starter for the Ghosts and is coming off a stellar junior season that saw her named SOL American Player of the Year and selected to the all-state team. Her junior year ended with the speedster striker in the picture for a few local colleges, but Touey was looking forward to a new club team and putting herself on a much larger radar before everything stopped in March.

With club and ODP tournaments and training suspended initially, Touey also found it tough to even find a place to work out with a majority of area parks and fields closed down. Luckily, she did have a quality training partner.

Older brother Sean, a sophomore at Holy Family and former all-state pick at Abington, got sent home from college so the two of them went back to earliest roots training together wherever they could and however they could.

“I knew I had to respond to what was happening in my own way,” Touey said. “I couldn’t work with my team, so I worked by myself or with my brother every single day to get better because I knew I would only have a small amount of time to impress the coaches I could.”

While both Toueys play forward, they’re vastly different in terms of style of play. Sean is a more physical player, able to use his size and strength to shield defenders and power into the box to rack up goals while Casey uses her speed to outrace defenders or make a well-timed run off the ball onto a pass.

Despite their differences in style and stature, the siblings have an extremely supportive relationship and strived to help each other as they made do with their shutdown training.

“He’s been really helpful with everything and he’s always there to talk with me and help with my college process,” Touey said. “It’s a really good relationship that we have and we’re always pushing each other to be better.”

Touey’s junior year was also crucial from a mental standpoint. As a freshman and sophomore, she was part of a dynamic attacking group that included future Drexel teammate Kailey Horton and 2018-19 Gatorade State Player of the Year Cam Lexow, now a sophomore at Virginia and got plenty of chances off the attention they drew.

Pushed from complementary piece to focal point last year, Touey became the target of every opposing team’s undivided defensive attention. She saw a little bit of everything, from man-marking to double and triple-teams as everyone tried to slow her down.

“Having Cam and Kailey around pushed me to be better because I knew I wasn’t the best on the team and I still think that way now but they inspired me to be the best version of myself,” Touey said. “It tested my mental strength in a way, there’d be games where I had two people on me all the time and things wouldn’t be working for me and I would get discouraged.

“I would start playing worse because of that but through the course of the season, I started to grit it out and I learned there’s always a way, there’s a way to score or a way to assist, you work with what you have and try to out-smart your opponent.”

Touey has wanted to play soccer in college as long as she can remember and by middle school, she felt like she had what it took to pursue the Division I level. For her, each practice became a challenge to learn or improve one new thing and she carried that work over into the offseason even if it meant going it alone.

In an era where some players opt to play high-level club or academy soccer instead of high school, Touey never wanted to take that path despite it being there for her.

“You can learn something at every level of soccer,” Touey said. “It’s important for people to get that exposure and to be part of the team at your school and represent your school.”

Drexel also provided a perfect fit for Touey. Her father attended Hahneman Medical College, which Drexel took leadership of in 2002 and her mother is a nurse, the same major she plans to pursue. Touey also turned to Horton for insight and advice while Abington girls’ soccer coach Rick Tompkins, also a decorated club and ODP coach, helped get Touey in the Dragons’ sights.

Of course, 2020 still had one more wrench to throw in Touey’s plans. A COVID-19 issue stopped the Ghosts from starting the season with the rest of their SOL contemporaries and the team only got back on the field on Sept. 25.

Abington is scheduled to finally get started this week and Touey knows her teammates will look to her the way she looked up to her upperclassmen as a freshman and sophomore. With her mind at peace over playing in college, Touey is ready to take it on.

“I’m looking forward to just getting back on the field again because it’s been so long and I miss that competition,” Touey said. “I think we’re going to do a really good job this year of not giving up. Our senior class, we want to put up a fight, we want to win, we don’t care if we’re losing, we want to get everything out of this experience.”

Catholic League is now a go for fall sports, but the Del Val says no
Phoenixville begins practice, recommends return to fall sports to school board