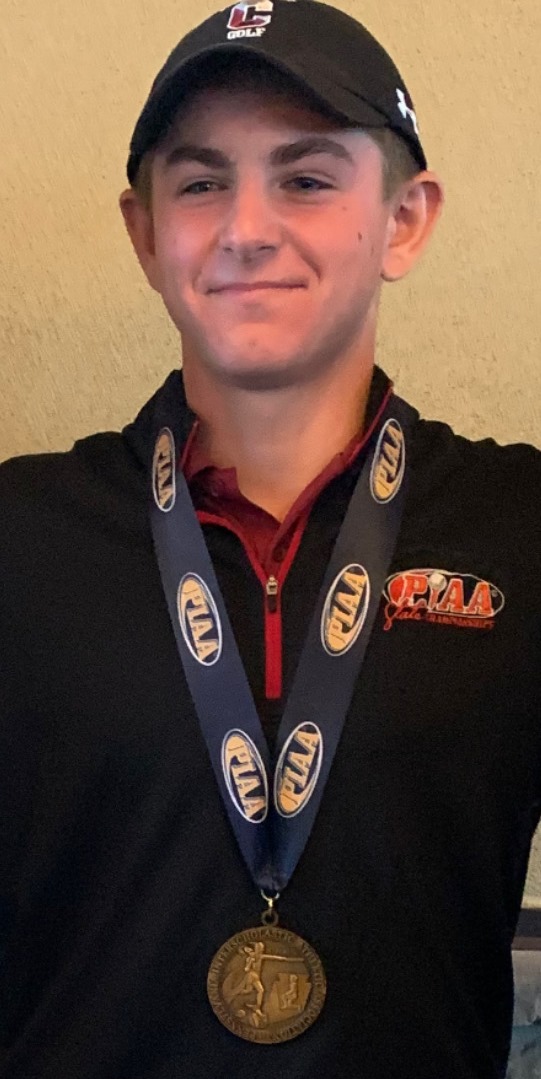 Lofland, who has committed to Penn State for golf, had a memorable fall 2019. In the PIAA East Regional tournament, Lofland played the final seven holes in five-under-par to cruise home with a 67 and a first-place finish; then in the PIAA Class AAA state tourney, he began the first round with back-to-back birdies, finishing in ninth place and winning a state medal. Lofland had a red-hot summer on the junior golf platform as he posted the lowest round at the GAP Junior Boys Championship, a 6 under par 64, to earn the medalist title. At the GAP Jock MacKenzie Memorial he shot a 6 under par 66 to take home the title. In the 2020 Pa. Junior Championship he finished fourth, which earned him a full exemption on the AJGA tour. He also set the course record at Phoenixville Country Club with a 59. “Morgan is the complete package – a student of the game who outworks his competition with an unmatched work ethic and laser focus,” said Conestoga golf coach John Jones. “He is an absolute fierce competitor – never count Morgan out, he battles every time he is on the course and always believes he can win.”

Q: Tell us about your course record 59 at Phoenixville Country Club this summer. What was working particularly well for you that day?

A: That day my putting stole the show as I made putt on top of putt, racking up 12 birdies total on the round. However, I attribute my success that day to my ball striking which put me in position to make putts and go low.

Q: What was the biggest challenge for you in keeping your game in shape during the lockdown, and how did you meet that challenge?

Q: What particularly attracted you to Penn State? What do you think you’ll major in?

A: I am excited to commit to Penn State as the head coach is experienced and the team is on the rise. I’m looking forward to demonstrate my talent for such a prestigious and competitive program. On the academic sides of things, I am interested in majoring in business management at the Smeal College of Business.

Q: What are your thoughts about the Central League’s decision (as of Sept. 26) to play a Central League-only schedule this fall with no PIAA post-season?

A: I was absolutely distraught when I found out the Central League canceled our postseason. As a senior who won the regional tournament last year I was looking forward to competing for the state title. It is completely unfair that the Central League continues to say no to us, while other leagues are allowing players to participate in postseason play.

A:The strongest parts of my game are my ball striking and my short game, as both have contributed to my success this summer. Currently I am working on sharpening up my wedge play and driving statistics.

Q: Who is your current favorite golfer and why? Is there a golfer whose game you try to pattern your game after?

A: My current favorite golfer is Justin Thomas; however, Jordan Spieth is who I shaped my game around. I shaped my putting stroke after his by keeping my arms straight throughout my stroke.

Person I most admire, and why: “My parents because of how much they sacrifice for my sisters and I.”