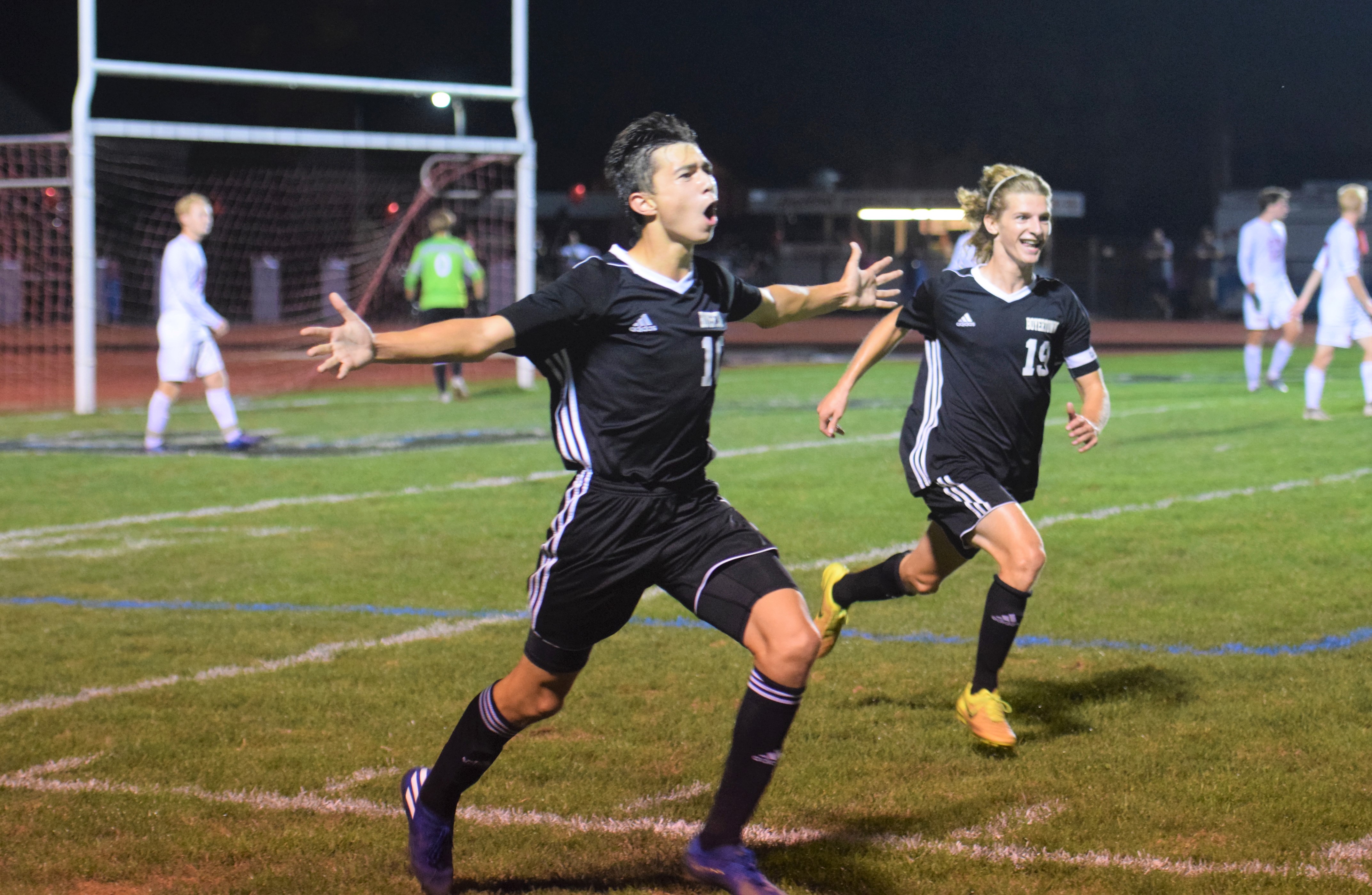 The Pioneer Athletic Conference’s 2019 division winners opened up their 2020 boys soccer seasons against each other Saturday afternoon.

Dimitrije Randjelovic received a pass from Nick Wilson and dribbled past a couple of defenders to score the overtime winner for the Bears in a 2-1 victory Saturday against Pottsgrove.

Randjelovic tallied a goal and an assist in the game with Matt Kerr scoring the other goal for the Bears. Mike Troutman scored off an assist from Troy Watts for Pottsgrove to tie the game in the second half and send it into overtime.

Methacton 1, Owen J. Roberts 0 >> John Schmitt scored in the first half Saturday, giving the Warriors their margin of victory over the Wildcats in PAC play.

Schmitt tallied in the sixth minute, assisted by Zach Willen. Charlie Bordonaro and Steve Remish shared goalkeeping duties for Methacton, Bordonaro making one save while Remish had several clearances from the corners. Their efforts were backed by the strong defense of Graham Halfpenny, Joseph Mun, Ryan Baldwin and Quinton Stemler.

The win improved the Blazers’ early-season record to 2-0. Brandon Vargo scored for Wyomissing (1-2).

Boyertown 4, Pottsgrove 1 >> Returning PAC leading scorer Samantha Goffice got the defending PIAA 4A champion Bears off to a big start with a hat trick in their season opener.

Madison Springman rounded out the scoring while assists came from Sam Devlin and Kyra Seyler for Boyertown. Kaytleen Sanchez scored in the final minute for Pottsgrove to avoid the shutout.