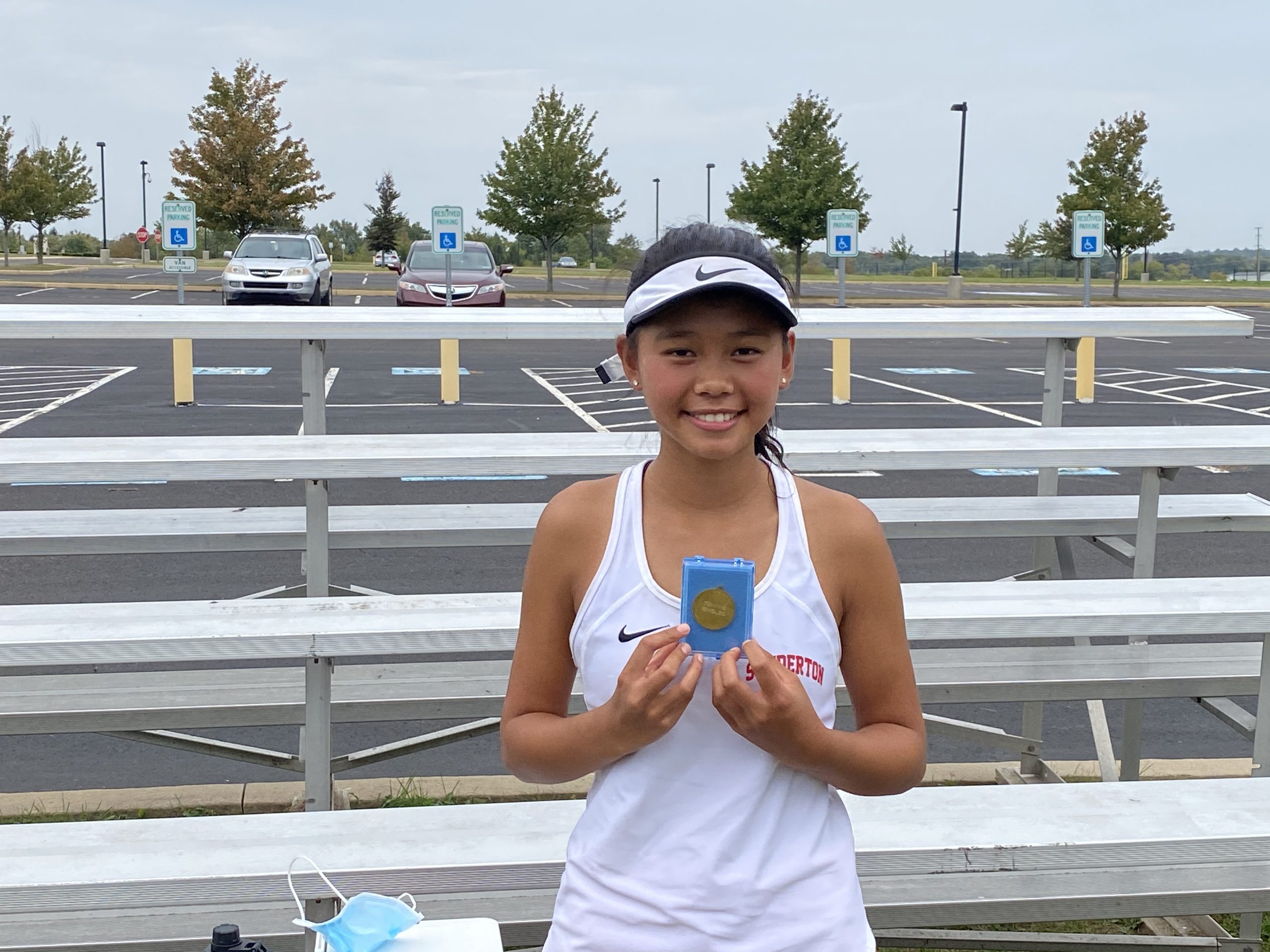 “I feel like my serve was pretty good. It was consistent,” Yang said. “And so was my game. I tried not to make too many errors.”

Yang opened the tournament with a win over North Penn’s Adlena Washington-Brown then bested Central Bucks West’s Cynthia Hu in the semifinals.

“My first opponent she was hitting really hard so it was pretty hard to get her shots back,” Yang said. “And then my second opponent she also hit really hard, so it’s similar. And then the finals my opponent Kaveena was more consistent, so I had to change up my game.”