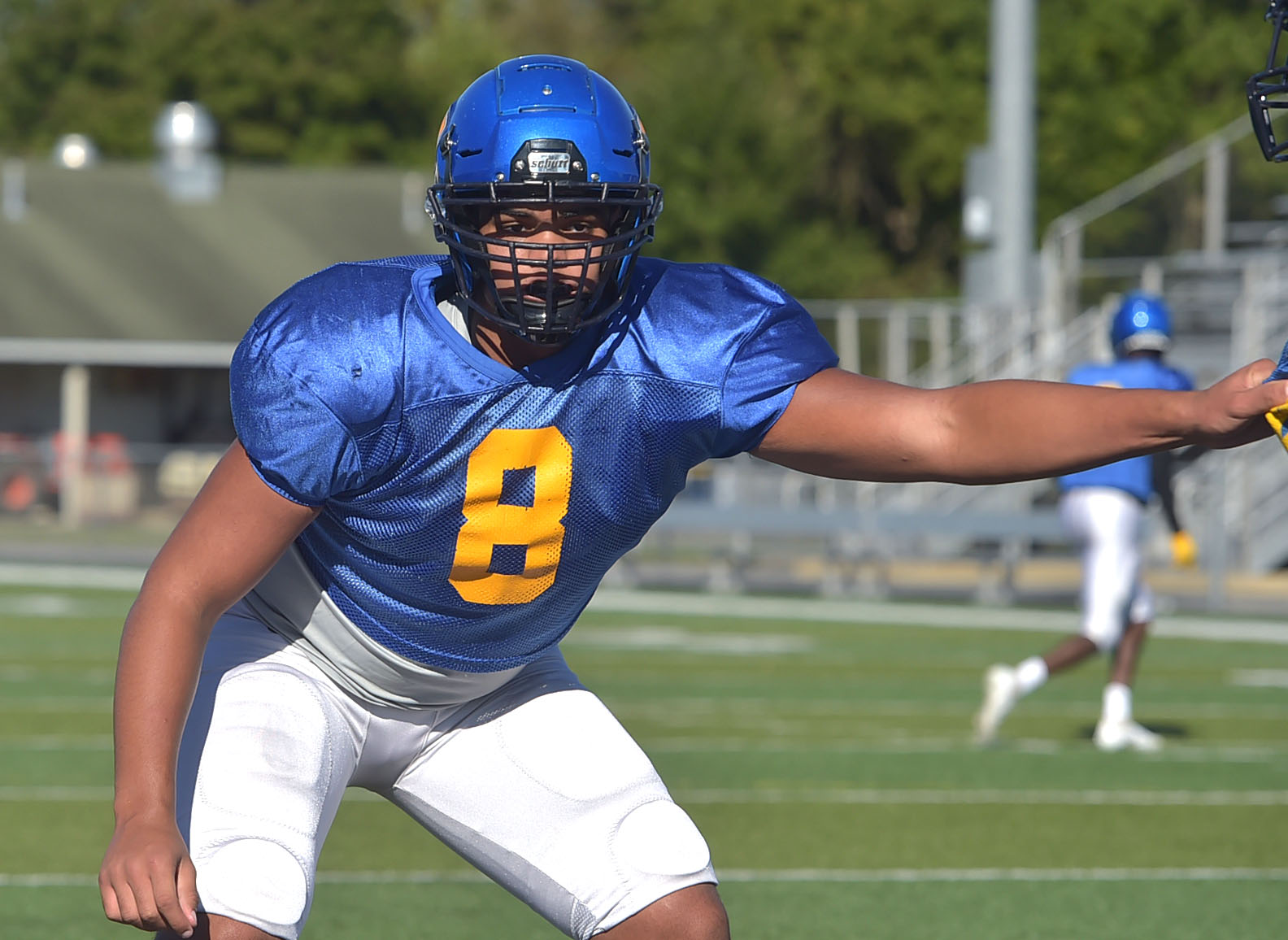 DOWNINGTOWN >> Take one glance at Downingtown West junior offensive lineman Drew Shelton, and you see why the Division I letters were piling up at his house.

But even with all that interest, the 6-foot-5, 275-pound Shelton picked the biggest football program in his home state, and his first choice all along: Penn State University.

“I just bonded and felt very close with the entire coaching staff at Penn State,” Shelton said. “Since the beginning of the recruiting process, I felt really good about Penn State and playing close to home and my family was also a big part of my decision. I really did not have a final three or four or anything but I also like the coaching staff. Truth is, Penn State was my No. 1 choice since almost the beginning.”

Downingtown West had a breakout season in 2019 as the Whippets and head coach Mike Milano, long near the top of the District 1 landscape, scaled the mountain and won the coveted District 1 Class 6A championship. Two Division 1 seniors led the charge: quarterback Will Howard, who is now the backup at Kansas State, and tight end Sean Pelkisson, playing this year at is Georgia Southern.

Shelton’s commitment continues the tradition of quality at Downingtown West.

“We had Will and Sean go Division I last year but we still have the same expectations for this season,” Shelton said. “This is a quality program and it always has been. We have a lot of unproven players, but they have a lot of talent and like I said, we expect the same success we had last year. We do not expect a drop-off at all.”

Milano has coached many quality football players, including Denver Broncos lineman Elijah Wilkinson. The longtime Whippet boss said it is not hard to see why colleges were clamoring for Shelton’s services.

“I mean the first thing that stands out about Drew is the measurements,” Milano said. “I coached a million high school kids that were not 6-5 and 275, and that stands out right away. And he is very athletic and strong and he has good movement. He is a great athlete, he plays basketball and last year he was at tight end behind Pelkisson so we asked him to move to tackle and he played 15 varsity football games against some great competition.”

The defending District 1 champions will count on Shelton to fuel the Whippet run game and keep opposing rushers off the new quarterback. Shelton likes both run and pass blocking but he does have a preference.

“I like both but I really prefer run blocking,” Shelton said. “The reason is that you get to move people and impose your will on the opposition and really make an impact on the game. I can do both but definitely run blocking is my preference. And as far as the virus postponement, we were working out for a long time and a few guys were getting frustrated and starting to get down, but now that things are looking like they are a go, we are all on board and locked in and we cannot wait the get the season started.”

According to sources, Ches-Mont teams are shooting for Friday, Oct. 9 as the first of four league games. The schedule has not yet been finalized.