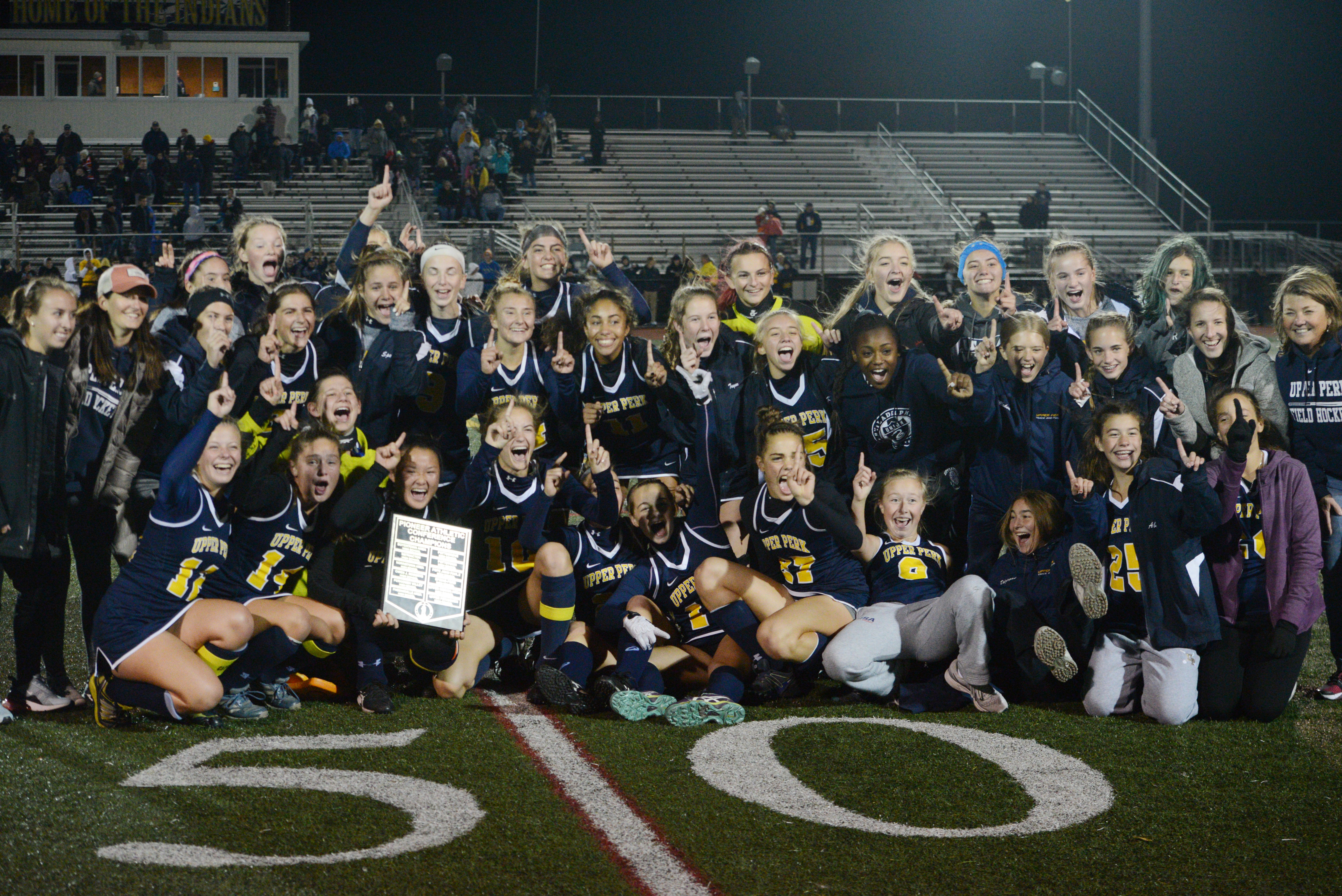 Outlook: Potential was the word Kooker used to describe her 2019 squad before the season began. The Bears were talented but inexperienced last season, relying on a multitude of new players to fill some big shoes. The results weren’t there as the Bears once again struggled in a loaded PAC Liberty Division, but some signs of a bright future were there, including one-goal losses to OJR and Methacton. While Boyertown graduated a handful of players from the 2019 senior class, including Mercury All-Area honorable mention Amber Marburger, last year’s youngsters now have a season to build off. Senior midfielder Nina Caprio, a second team All-Pioneer Athletic Conference performer in 2019, returns to lead the charge along with fellow seniors Kelsi McDevitt and Alaina Schmid.

Outlook: It’s been tough sledding for Boone as of late with two league wins in each of the past three seasons. After Gilmore got out to a 1-3 start in her first four games with the team, she guided Boone to a .500 record for the rest of the 2019 season. The Blazers will have to have several players step up after the departure of a few key cogs, including two of their top scorers, Makenzie Ring and Haley Engle. Clara Lacek, an honorable mention all-league selection, will once again be tasked to guide the Blazers on offense after a strong sophomore campaign.

Coach’s Outlook: “The Blazers are coming off of a 7-10 2019 season, the best  finish since 2016, bringing back seniors Ashley Finkbiner and Taylor Yerger in addition to Hunter Pennington joining the team.  Boone has  a solid class of  juniors including Devyn Brennan, Clara Lacek, Aubrey Newman, and Liliana Stefanelli,  and returning starters in our sophomore class Lauren Kaba and Ava Howells.  Adding to the depth of talent is a promising freshmen group with Hannah Huddelson, Marlee Fetrow, and Amanda Spotts.”

Outlook: Methacton couldn’t maintain the momentum from a hot start last season, ending Fuertsch’s first year as head coach with a 1-0 loss to Perkiomen Valley in the second round of districts. Even with the graduation of two Division 1 players (Rachel Alderfer, Colgate; Liz Chipman, Drexel), there is plenty to be excited about for the Warriors in 2020 as they didn’t lose many other key contributors from a squad that was near or at the top of the standings for a good chunk of the season. Kratz, an American University commit, was a second-team All-Area selection last season, while Plower, Uebele and Dewan earned All-PAC honors. Fuertsch is optimistic that with a large returning core, the Warriors will gel together well out on the field as they try for a league title and potentially a deep run into districts.

Coach’s Thoughts: “Outside of keeping everyone healthy, to reach our highest potential this year the team will need to find a flow with each other where they have intensity and feed off of each other while holding each other accountable on and off the field. Maintaining the high fitness level throughout the season that they entered the first week of practice with will be key to success.

Outlook: OJR’s 2019 class leaves a tough act to follow with two league titles, a district championship and the school’s first two state playoff wins during their time at the school. Hungry and gritty were two words Hoffman used to describe her 2020 group. Smolij, a Villanova commit, and Laloup were All-Area honorable mentions from last year’s squad, while seniors Himmelreich, Hansen, Turner, McCourt and Kilgallon have some experience to guide OJR’s underclassmen. Blending that experience with some of the younger pieces on the Wildcats roster will be vital as OJR tries to make a sixth straight PAC title game appearance. They’ve won three of the past five championships.

Coach’s Thoughts: “We just need time to play together to learn each other’s styles of play and where players fit best in the system we play. We lost a lot of players and experience from last year’s team, but the more these girls practice and play together, the stronger they’ll become. With each day of practice so far, we’ve seen improvement as we figure out where our strengths lie.”

Outlook: The Vikings dropped a heartbreaker to eventual champ Upper Perk in last year’s league semifinals before falling to eventual District 1 champ Downingtown West in the district semis and state runner-up Lower Dauphin in the state quarters. While not the same roster overhaul as OJR, the Vikings certainly have some top talent to replace, including first team All-Area selections Katie Wuerstle and Danielle Hamm, both at Kent State now. Another strong senior class should guide PV in 2020. Derrick is a talent in net, Shine was a second team all-state player in 2019, and Dougherty is the team’s top returning offensive threat with five goals and seven assists last season. Others like Silvestre and Keyte, who both saw action in nearly every game last season, should give the Vikings another chance to compete for a PAC title and beyond.

Outlook: Pottsgrove was young and wide-eyed last season, featuring a large number of freshmen and sophomores in their starting lineup. The Falcons finished fourth in the Frontier Division, in part due to an 0-3 mark mark in one-goal division games. The Pottsgrove youngsters, now a year older, along with a strong senior class, will have their hands full this season as one of just two Frontier division teams competing in a seven-team PAC. Senior three-sport standout Riley Simon should lead the offensive charge for the Falcons. Ava O’Neill and Makenzie Johnson, the team’s other returning all-league players, will try and make sure the defensive side of the field is a strength as well. Pottsgrove has nine seniors, seven juniors and plenty of underclassmen hungry for an opportunity according to coach Jodi Sproule. The group is ready to embrace an underdog role against the league’s bigger schools.

Coach’s Outlook: “We believe that we have a very balanced roster. We have an aggressive offense, a midfield with great field vision, a defense that is strong and determined, and a goalie who has shown a lot of upside when she was thrown into the position as a sophomore last year. … We will need to see individual growth from many of our players in order for our team to take the next step. Our team identity will depend on the improvements made and the effort shown by each player.”

Outlook: Spring-Ford wasn’t that far off from the top of the Liberty Division last season with four one-goal losses in division play before falling to OJR 1-0 in overtime for a season-ending loss in the District 1-3A second round. The graduation of a large senior class, including Kate Crist (Penn State) and goalie Ashley Della Guardia leave big holes, as well as an injury to Maloney, but Anderson is optimistic her group has enough pieces in place to compete. The Rams were a very strong defensive team that sometimes struggled to put the ball in the back of the net in 2019. Anderson said the team’s offense should be a strength in 2020 with plenty of versatile players who can make the transition from the defensive to offensive end. Collins, a second-team all-area selection, and Boyer should keep opponents on their heels. Corropolese showed plenty of promise as a freshman and will partner with a talented senior group to anchor the defense.

Coach’s Thoughts: “We graduated a large senior class so it is a great opportunity for new players to step in and make a difference.  We will be young but our players have worked hard throughout our workouts and are looking to get better each and every game. … We need to have our young players step up and make plays on both the offensive and defensive end of the field.”

Outlook: A blend of players from four different classes helped the Indians to their first PAC title since 2013 and a district title game appearance in 2020. While the Indians graduated five seniors, including Mercury All-Area Player of the Year AiYi Young (UConn), the cupboard is far from bare as UP has the opportunity to become the first PAC team to win back-to-back league titles since OJR in 2015 and 2016. Takoda Wells, Lynnsi Joyce, Colleen Creneti, and Bella and Luci Carpenter were all-league selections last season and the other returners have plenty of big-game experience to build off of. Defense and unselfishness will likely be this team’s calling card once again with the Carpenters forming a tough backline in front of Joyce and plenty of players who are willing to pass and score.

Coach’s Outlook: “The team is led by a group of six seniors who are ready to lead the team in a game schedule composed of completive league play for the PAC championship title. Our goal is to continue to work hard and enjoy each and every opportunity that we are given to play field hockey together as a team.”