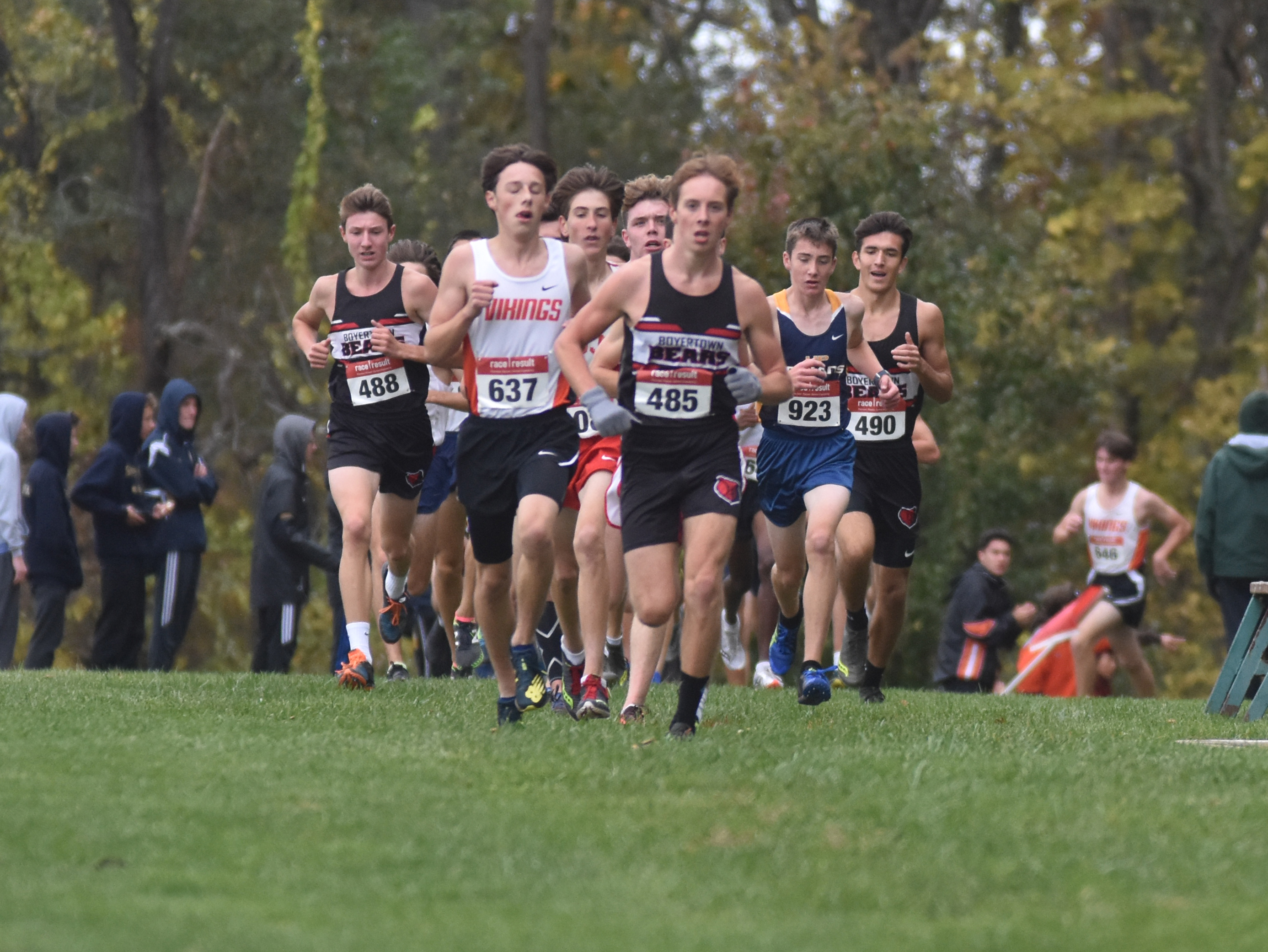 Outlook: The Bears’ lineup will be bolstered by the addition of newcomers Austin Holiday (Sr.), Jayden Wool (So.) and freshman James DeSanto. … Black was a ninth-place finisher in the 2019 PAC Championship meet, and he received second-team honors on The MERCURY All-Area team, Muthersbaugh followed in 11th place at PACs. … “Kratz and Muthersbaugh have improved tremendously, as well as Cavalero and Famous, from last year,” Baghdasarian said. “They have been pushing each other as much as possible all summer. We look to be more competitive this fall and improve our league standings as a team.”

Outlook: Snyder takes over the Blazer program from James Angle, who headed it the previous two years. … The Boone lineup is bolstered by the addition of freshman Matthew Ferenz. … Ethan Harper will be performing double-duty for the high school this fall. The Blazer senior will be double-rostering in soccer and cross country. … “We’re battling for a .500 season record,” Snyder said.

Outlook: Bryan Landsberg, who placed sixth in the PAC’s 2019 championship meet, was a first-team pick to The MERCURY All-Area team. … D’Orazio cracked the PAC’s Top 10 in its championship meet, coming in 10th. … “We only lost two varsity seniors, so this year’s team is experienced and talented,” Savitz said. “This is one of the fastest cross country teams from top to bottom that Methacton has had in a few years. They are eager to display their talent.”

Outlook: The Wildcats’ roster is bolstered by the presence of freshman Tommy Foster. … Damiani and McGonigle ran 3-4 in the 2019 PAC Championship Meet. They were both first-team selections to The MERCURY All-Area team. … Damiani also finished 18th in District 1-AAA competition and 38th at states. … “The boys are looking forward to building upon their success from last season,” Marcoe said. “They are excited about their potential for the season and have worked hard over the summer to be prepared for racing. The coaching staff has emphasized consistent training day in and day out, in order for them to compete with anybody in the league, district and state.”

Outlook; Brown placed 12th in the 2019 PAC Championship meet. … “The team graduated five out of top seven runners,” Sullivan noted, “but are led by powerful top senior runners Dan Haymond and Kiburu Brown, who both had a great summer of training. It will need development and improvement of younger runners to compete with the top dogs in the PAC. Looking forward to the always competitive PAC, improving throughout the season and competing for the title.”

Outlook: The Falcons are coming off a 2019 season during which they were the District 1-AA team champion for the fourth time in the past eight years. … “We graduated a lot of our top runners from our district championship team, so we knew this would be a rebuilding year,” Rechtin said. “But with very low numbers, we are going to be challenged to just be able to field a full team if we are faced with any injuries. The kids have worked hard all summer in the hopes of getting to compete this fall. With the changing landscape of fall occurring almost daily, we are optimistic to get in some races and strive toward personal goals.”

Runners to watch: Liam Baker, Sr.; Anthony Bamford, Sr.; Andrew Carlin, Sr.; Max Collins, Sr.; Johnny Zawislak, Sr.; Braden Krajcirovic, Jr.; Ryan Trimble, Jr.; Ryan Kovaleski, So.; Quinn Smith, So. Outlook: Carlin placed 13th in the 2019 PAC Championship meet, and Smith 16th. They were both accorded Honorable Mention on MERCURY All-Area team. … Cain cites team’s depth and experience as a strength. “This team is loaded with experienced seniors,” he said. “A competitive group of juniors and sophomores are pushing everyone. This team runs as a pack and works very well together. The team looks to be highly competitive in each of their meets this season.”

Outlook: Larkin was an Honorable Mention selection to the 2019 MERCURY All-Area team. … “The team made major strides last year with the help of state qualifier Patrick O’Donnell who has since graduated,” Newhart said. “Although four out of the top five are slated to return, the pandemic, limited practices and loss of our home course provide many unknowns to this upcoming season.”

Outlook: Miller. an eighth-place finisher in the PAC’s 2019 championship meet, was second team MERCURY All-Area. … “This had the potential to be the best boys team I’ve ever coached,” NIemann said, “so it’s unfortunate that the pandemic will strip these boys of the many accolades that they most likely would have earned during a normal season. I just feel terrible for the current seniors who not only lost their spring season but the fall as well. We look forward to any race we are allowed to enter in.”