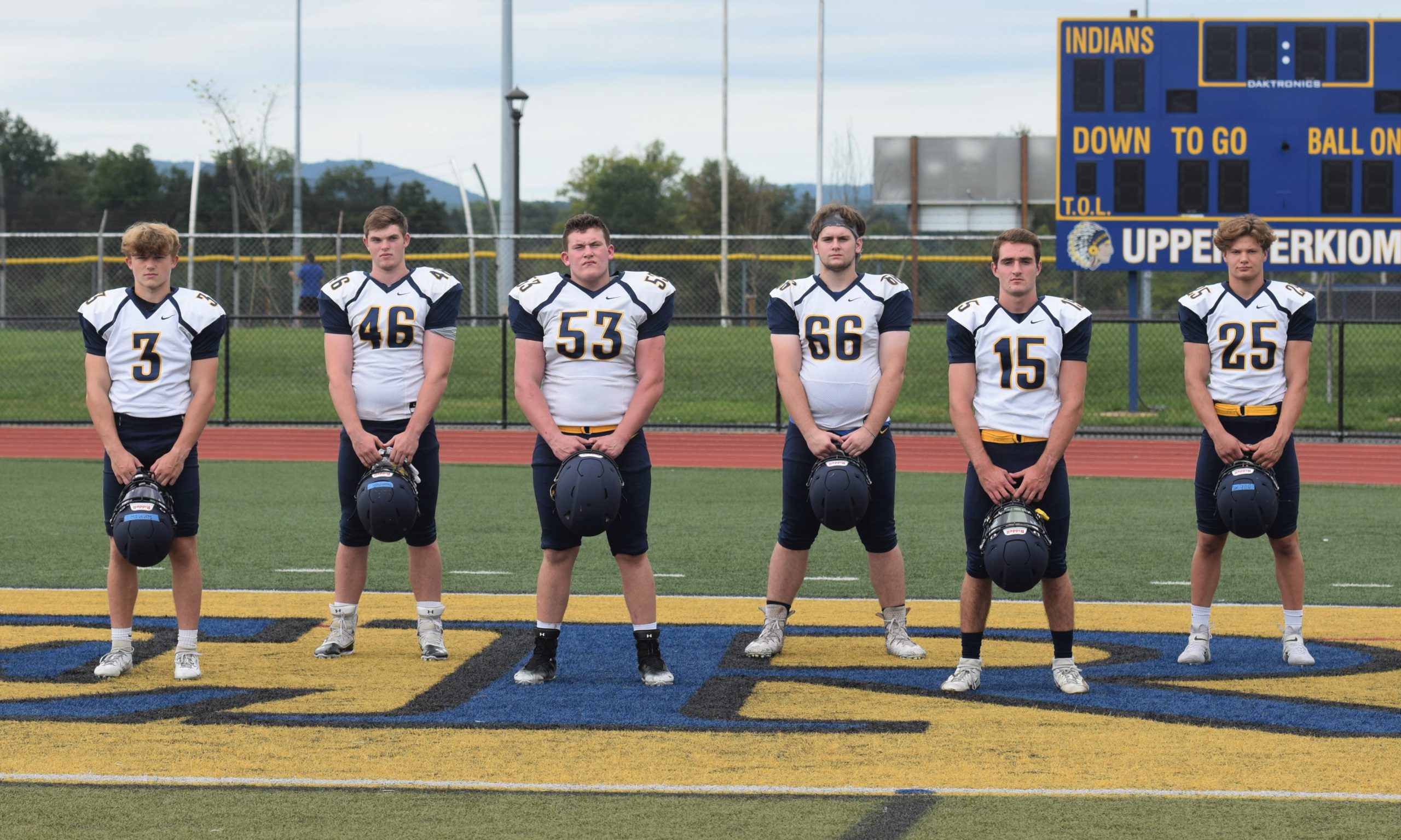 Apropos to this national election year, the Upper Perkiomen football team saw how valuable one vote can be.

It was by that narrow margin the district’s school board gave the UP grid program the go-ahead to play this fall. The 5-4 result laid to rest any concerns the Indians would be on the sidelines alongside Pioneer Athletic Conference brethren Norristown, Phoenixville, Pope John Paul II, Pottsgrove, Upper Merion and Pottstown.

“It was great … wonderful news,” UP head coach Tom Hontz said “I’m glad our seniors will have a chance to play. i hope we can be competitive.”

The night of the Upper Perkiomen school board’s decisive vote, Hontz was prepared for anything.

“I thought it was going to be all (sports) except football,” Hontz noted.

Instead, the Tribe football team was given an opportunity to play, by a single vote.

So instead of facing a “what could have been” situation, Hontz’ gridders will have a “what can we do” scenario … a chance to forge their own destiny this fall. Coming off a lackluster 2019 campaign that saw them go 0-5 in the PAC’s Frontier Division (1-9 overall), that’s not a distinction to be downplayed.

The hope is emotion and a strong work ethic will trump a light roster. With numerous players figuring to play both sides of the ball, staying healthy will also be key.

“We may not have a lot of numbers,” Hontz said, “but the core group has been working since last season. In the division, we would have been competitive.”

“We may lack numbers,” senior Malachi Duka added, “but we’re big on energy and focus. We have a special group of guys, and talented underclassmen. For the most part, everyone is working hard to make the season better.”

Duka and junior Logan Simmon will anchor UP’s defensive backfield. Duka, coming off a 2019 season marked by him being named to the All-PAC Frontier second team and accorded Honorable Mention on The Mercury All-Area team, complemented a team-high three-interception showing by collecting 289 receiving yards on offense (12.2 average).

Simmon’s 410 rushing yards were a team best, and he averaged 12.1 yards per carry.

“They’re safeties who will do great things,” Hontz noted. “Both are leaders.”

Flack, an Honorable Mention selection to 2019 All-Area team, is working to improve the accuracy on his throws. He was just under 50 percent completion his junior year.

“I’ll do whatever I can for the team … make plays running and passing,” he said. “Our running game good. Both (Duka and Simmon) are in shape. We’ll run on teams.”

Riley Decker will be seeing action on both offense (tackle) and defense (end). The senior was first-team All-PAC Frontier on the offensive line and second team defense, in addition to being accorded All-Area Honorable Mention.

Ethan Wambold, a senior center, and junior Brady Thompson (linebacker) are being looked to for two-way duty. Another senior, tackle Dalton Dunlap, is a returning starter.

Juniors Gabe Carducci and Damon Faraco, along with sophomore Josh Hill, figure to also be in the mix in the trenches.

Duka, Flack, Thompson and Wambold will be the team’s captains. They’ve already impressed Hontz with their leadership skills.

“This is one of the best set of captains we’ve had,” he said. “They’re getting a team identity and have it working as a unit.”

The Indians get their first chance to see if they’re on the road to success Friday, Sept. 25, when they host Methacton. By virtue of being the only Frontier Division school playing football this fall, their PAC opponents will all be from the big-school Liberty Division.

That excludes Norristown, which chose to not participate in any sports this fall.

“We should be competitive,” Hontz said. “We’re curious to see what week 1 looks like, having no scrimmages and limited time in pads.

“Since we were allowed back in July, we’ve done four practices a week. We worked to try and get up to speed.”

“It’s been difficult,” Duka added, “but we’re staying optimistic and looking to get the most out of every single game. We have five games, and we’re lucky to have the chance.”