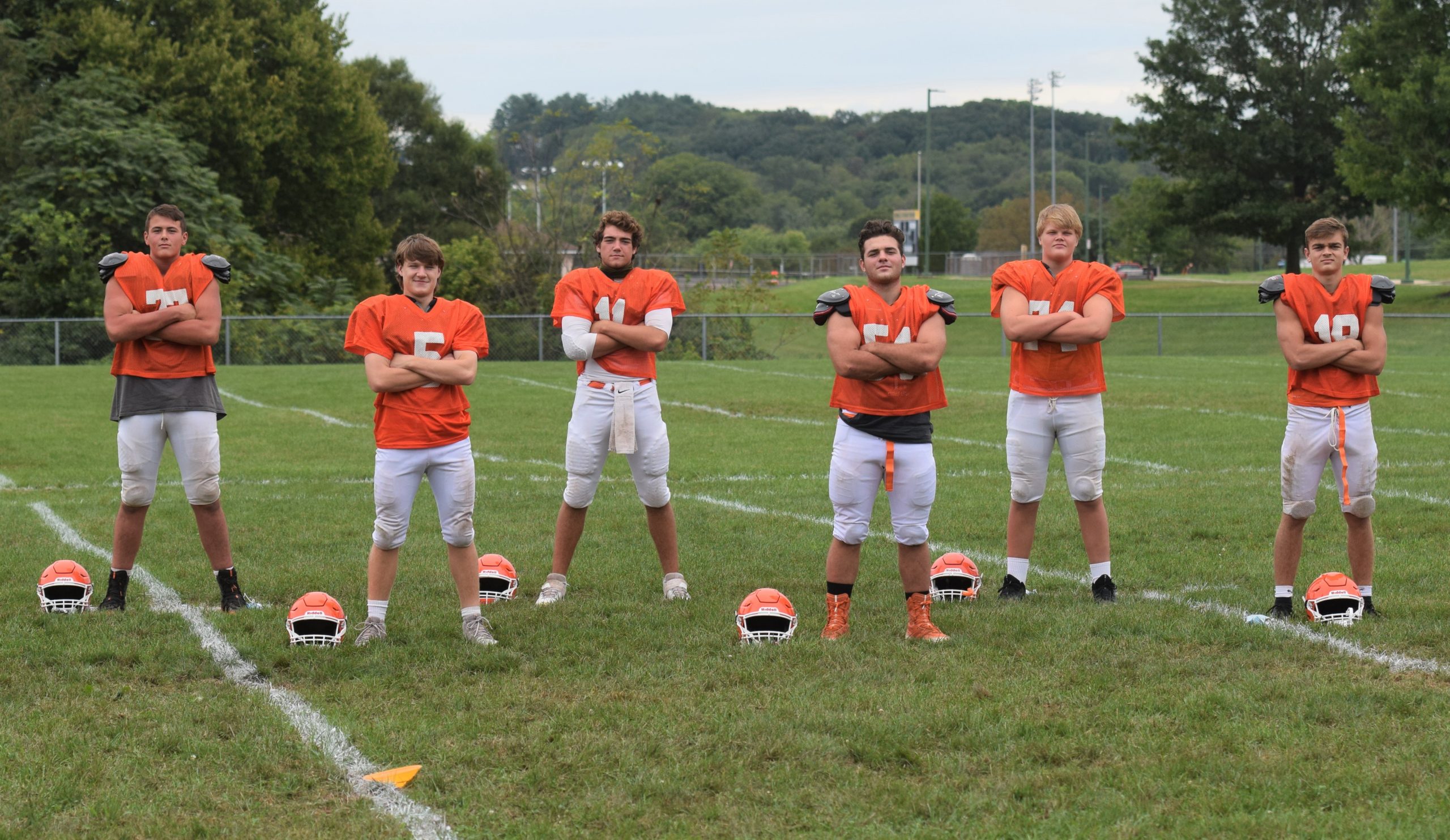 Perkiomen Valley junior quarterback Ethan Kohler felt like he had a bunch of older brothers on the field with him last season.

As a sophomore signal caller on a senior-laden Vikings team, there were plenty of teammates Kohler could rely on for help.

After the departure of a large senior class, things were different this offseason. Somewhat suddenly, Kohler became the guiding voice for his team, taking over the big brother role.

“It’s definitely been different with the guys that I’ve been working out with in the offseason,” Kohler said. “And I think, honestly, it’s more on me to take the leadership role and take a step up in helping everyone on the field and understanding the game better. … It’s definitely different but it had to come at some point.”

Perk Valley finished 2019 with a 7-4 record, ending its season in the first round of the District 1 Class 6A playoffs and without the team’s first Pioneer Athletic Conference championship in 2015.

This season the Vikings will rely on a number of individuals with little to no experience on both sides of the ball as they try to reclaim their spot on top of the PAC.

“In general, we’re going to be inexperienced, but I like what we have,” fifth-year head coach Rob Heist said.

“We have a very raw team, but that’s been fun,” Holder said. “I’m getting to coach all these kids and basically start them from nothing and hopefully get them ready for the games. … It feels like only two years ago I was in their position looking up at the captains, and now that’s me leading everyone and it’s cool.”

Kohler was the area’s third leading passer last season, completing better than 60 percent of his passes for 2,249 yards and 21 touchdowns compared to six interceptions. He added another 132 yards and a touchdown on the ground.

Most of his top 2019 weapons will be missing this season. He’ll be without his top six pass catchers, including Randy Washington (731 yards, 10 touchdowns), Jon Moccia and Mike Dougherty along with backfield mates Jacob Sturm and Moccia.

Grayson (173 yards rushing, two touchdowns) and Debebe (six catches, 63 yards receiving) are the top two returning offensive threats, while others like Posner and Kevin Beattie at receiver and Mason Thompson, Tyler Marshall and Leon Hunsberger at running back will vie to help fill the void.

“We’ve got a bunch of young talent,” Kohler said. “The good thing about our team too is that everyone’s hungry and they’re excited to get on the field, so when their time comes they try to make the most of it. We have guys like Rasheem who got time on the field last year, Dawson, and then we have guys who haven’t had the experience, but I believe in them as a teammate. Everyone’s been putting the work in this offseason and that’s all you can really ask for.”

The Vikings’ offensive line was arguably its greatest strength last season with first team all-area selections Will Marotta and Gavin Euker leading the unit. Hartner and Jonassen will try to anchor the inexperienced line in 2020.

“It helps to have a good defense beating them up in practice,” Holder said.

Holder and Heist said it was hard to pinpoint who will fill the starting spots on the defensive side as many positions are still up for grabs.

Competition has been a theme for that group this preseason.

“To be honest, that’s what makes our best teams is when kids are fighting for spots,” Holder said. “When kids are guaranteed spots, they kind of just walk on leisurely, but we’ve had competition at every position. Still we don’t know our starters now and we’ve got kids battling.”

Even with a multitude of new faces in place, the Vikings’ defensive philosophy will remain the same.

“We want 11 kids on the field who can run and are gonna run to the football with every ounce of effort they have on every play and we want them to be gap disciplined,” Heist said. “We want all 11 knowing their assignments, knowing where their responsibility is and what coverage we’re in. We like to play defense with our hair on fire so to speak, and we look to kids who fit that mold to play for us on that side of the ball.”

“We’re dogs on defense,” Holder said. “At the ball, there’s always 10 guys to the ball. We’re running, we’re hitting, aggressive and we play like every play is the last play.”

Heist said the overall goal for his team in 2020 will be trying to get in as many games as possible as they do their best to follow safety guidelines amid the COVID-19 pandemic. His hope is to get his senior class at least a few memories.

The Vikings will get their most anticipated matchup out of the way early with a Week 1 meeting with PAC Liberty rival and reigning PAC champ Spring-Ford, which ended a three-year losing streak to PV last season.

“I love having it at the end because we just kind of build toward it and it seems like the Super Bowl for us because it’s Spring-Ford,” Heist said. “But I think it also could be cool at the beginning because you win that game and you really have some great momentum to build on moving forward with the rest of your season.”

Those PV players making their starting debuts will be thrust into the fire against the Rams, but Holder is excited to see what they have in store for that game and the rest of the season.

“There are weaknesses to having a young team, but it’s also you don’t know what to expect,” Holder said. “It’s a whole new group and we have a lot of talent. Although it’s raw talent, it’s a lot of talent and we could be very good if we click in all of the spots.”