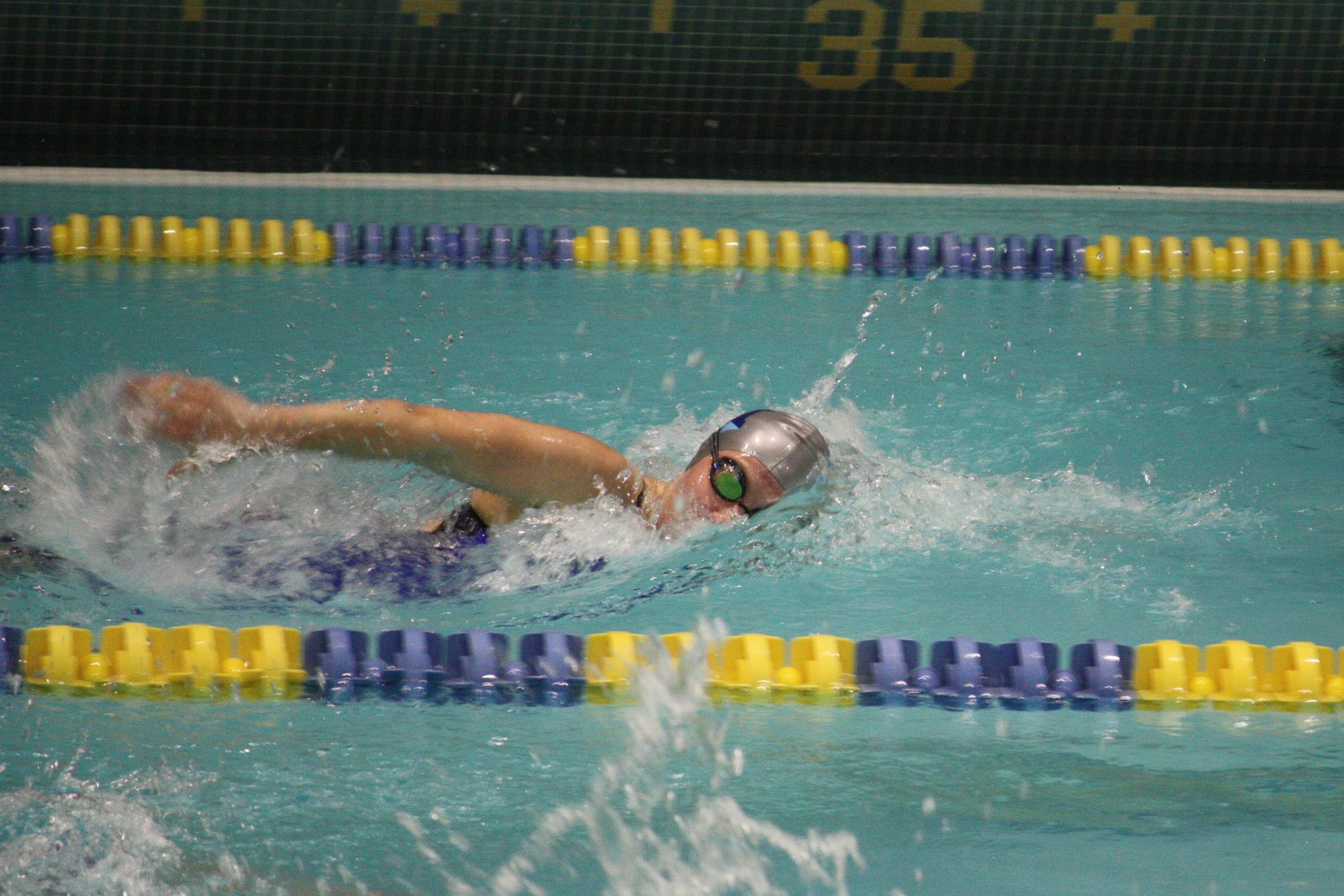 Villa Maria Academy senior Madeline Ladd, two-time PIAA District 1 2A and AACA champion in the 100 backstroke, is a top-level student who recently participated in a podcast with Scott Gabriel Knowles, Head of the History Department at Drexel University, on the effects of the COVID-19 pandemic on the American education system.

Ladd, whose swimming season ended abruptly last March as her Villa Maria swimming team arrived at Bucknell University for the PIAA state championships, is captain of the 2020-21 Hurricane swimming squad.

“I know that this year’s high-school swim season will look very different from previous years,” said Ladd. “As captain, I hope to be able to find ways to bring the team together, even if it does not end up being through the traditional meets or practices. We intend to keep this sense of team unity, and make the season just as special for the incoming freshmen as the outgoing seniors.

“COVID-19 essentially flipped the end of my junior year as well as my senior year upside down. Since [the cancellation of the PIAA 2A state swimming championships], I have not been at another swim meet or gotten to practice normally with a team. As for school, that day at states was the same day I found out Villa was going virtual, which continued for the rest of the year. It was definitely not the same as being in-person, but I know that I received the same quality of education despite being online.”

“My club team shut down [in March], as we are unable to get pool space due to school closures and other factors,” said Ladd. “My training has been left in my own hands, so this has given me a new sense of individual responsibility. I try to train 2-3 days a week where I can. It will be interesting to see how the high school [swimming] season pans out this year at the league, district, and state level.”

On an academic level this fall, Ladd has found it somewhat easier to adjust to the restrictions imposed by the COVID-19 pandemic.

“Luckily, this year, we are one of the few schools able to resume in-person instruction, so it has been nice getting physically to go to class and have more of a senior-year experience,” said Ladd. “A lot feels normal at school, despite the mask regulation and social distancing guidelines.

“However, as someone applying to college, a lot has been different in that regard. Many schools have gone test optional, and it has been more difficult to test for the ACT/SAT. A few of my ACT tests were canceled, but fortunately I have been able to sit for the test. I just hope that everything works out well in regards to admissions despite the uncertain circumstances.”

Villa Maria’s Madeline Ladd in action at the PIAA District 1 2A championships.

Ladd will never forget last March 12, the day the PIAA 2A state swimming championships were cancelled.

“I remember that day vividly,” said Ladd. “My team and I had already reached Bucknell University, and were just about to head to the pool when we heard the news that the entire meet was canceled. We were all initially shocked and blindsided, yet also filled with a great sense of disappointment that we wouldn’t be able to compete. My relay was seeded very high and had the potential to medal, and we knew it would be our last time swimming together, as one of the members would be graduating in the spring. At that moment I think everyone realized just how serious the virus was, as it was also the day my school went virtual.”

Prior to last winter, Ladd had already experienced days of glory at the PIAA state swimming championships. As a freshman, she finished first at the consolation final of the 100 back, and the Hurricanes captured the PIAA 2A state team title. In fact, Ladd believes that swim was her best-ever performance in the 100 back for Villa Maria.

“That morning at prelims had been pretty discouraging, as my swims had not been what I hoped they would be,” said Ladd. “That night though, I went into my race with a calm mindset and no expectations except to try the best that I could. I was just grateful to be there and have another chance to swim in that atmosphere. I think this mindset and genuine excitement is what helped me to have such a successful swim and win the consolation final. That swim will always be one of my favorites because of the comeback I was able to make. And getting to watch it [later] on TV was really exciting for me and my family.

“It was very rewarding knowing that I played a part in contributing points to Villa Maria’s state title, and I was proud to be a member of the team. I felt such a sense of camaraderie with my teammates despite being the only freshman at states. The captains that year, Nina Smith and Kaitlyn Agger, really made such an effort with me. As captain this year, I strive to follow their example and continue this spirit of inclusivity.”

Outside of the pool at Villa Maria, Ladd is National Honor Society Vice President, Quill & Scroll National Honor Society President, and founder of VMA’s Leaders in Business initiative. She is Editor-In-Chief of the school newspaper, The Villa Voice, which won third place for best newspaper at the Yale Daily Newspaper Symposium, which she attended last February. She is also a member of the HOBY (Hugh O’Brian Youth Leadership) Ambassador Team, Spanish Honor Society, Student Integrity Committee and Student Advisory Board.

Ladd also served an internship with Swimming World magazine in the summer of 2019. She was the youngest of 10 interns selected from across the country based upon an article submission, and she interviewed national figures and organizations, and wrote and published aquatics-related articles.

“My most memorable experience was an interview I had with a few Red Bull Cliff Diving athletes, as well as their media manager,” said Ladd. “I remember finding it most interesting how the athletes described their training. For example, some of the platform levels are only available in two locations around the world, so athletes have to get creative as to how they train. I also enjoyed hearing how these men and women began their cliff diving careers, as each story was a little different. I was not familiar at all with cliff diving as a professional sport at the time I wrote the article, but after hearing their insights I started to have more of an interest and follow along.”