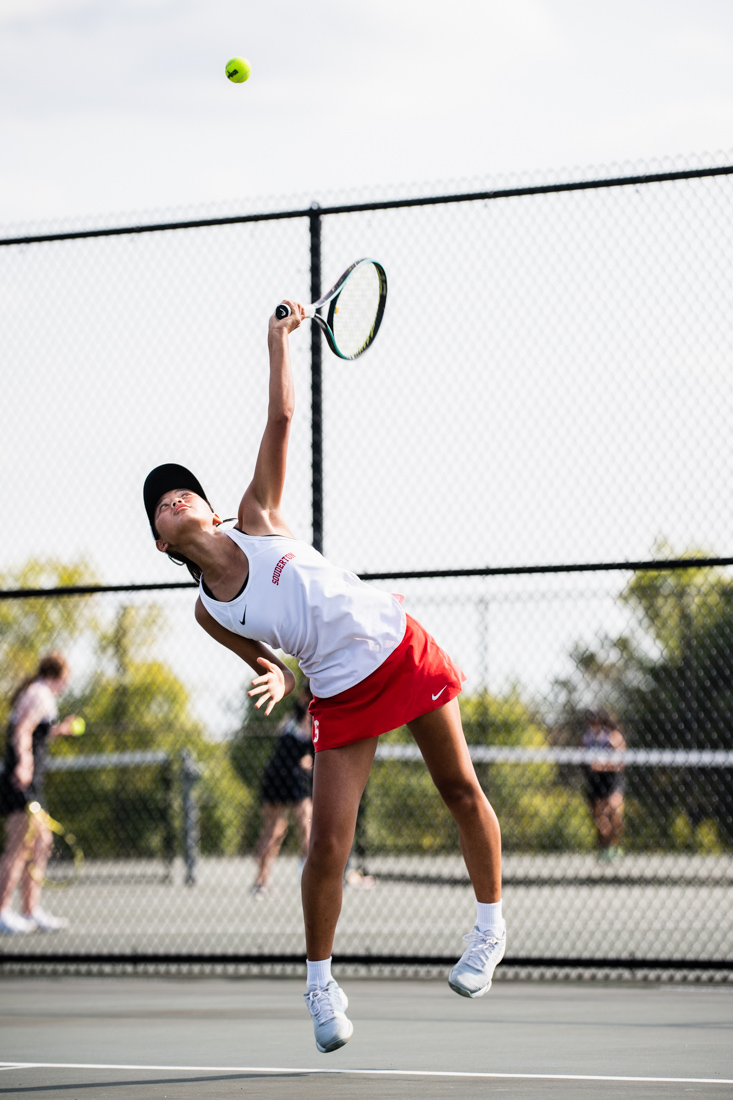 If the season opener is any indication, Amanda Yang is up for the challenge.

“(Yang’s) IQ as a freshman,” Indians coach Jeff Bishop pointed to as a strength. “When she didn’t have a good shot, she would return something high or deep where she could still recover and take advantage the next play. (Hu) had a really tough serve and Amanda did a good job getting it back in play and then moving forward from there rather than getting rattled and doing too much with it.”

Bishop compared her footwork and ability to keep points alive to what he saw coaching Le.

“(Yang’s) IQ level right from the start is something that stood out,” he said. “She wasn’t trying to force too much. When her shot was there, she was capable and skilled enough to take advantage and put it in corners – that made it really tough. She also knew not to do too much when it wasn’t there. That’s what Caitlin did well. It was really cool to see because I know how far she can grow from that solid foundation.”

Yang and Hu traded a number of long volleys with each winning some impressive points.

Despite Yang’s victory in the first singles match, it was CB West who came away with the hard-fought win, 4-3.

West won the second and third singles and third and fourth doubles while Souderton came away with the first singles and first and second doubles.

The biggest match of the night was the fourth doubles. With the SOL Colonial Division rivals locked in a 3-3 tie, all eyes were on the decisive matchup. West seniors Sara Kadan and Julia Zeiser rallied to a 5-7, 6-2, 7-5 win over Souderton seniors Medha Kurukunda and Olivia Steidle.