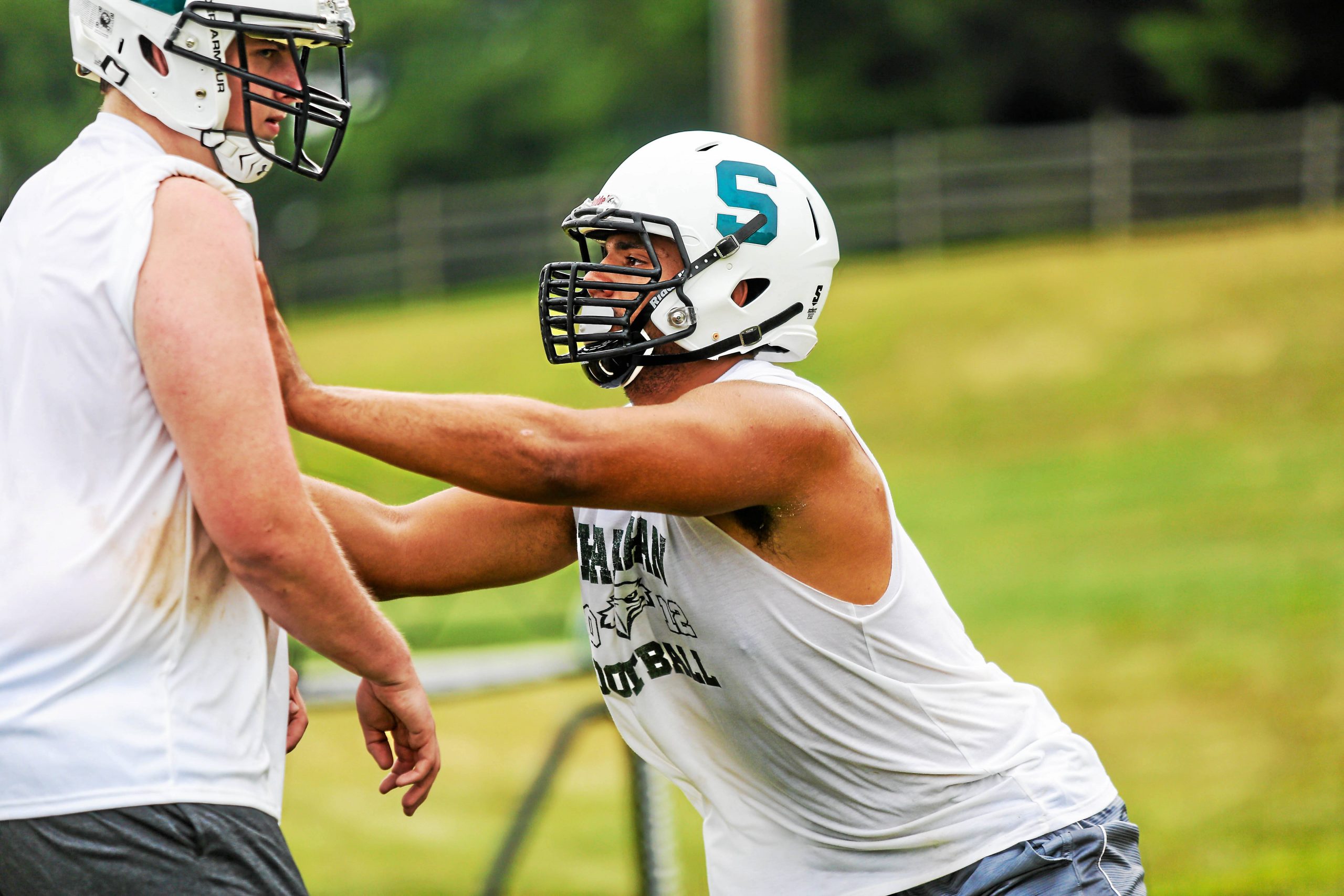 Two Ches-Mont League graduates who did not hear their names called in the NFL Draft, and did not get any preseason games to prove their mettle, earned spots on NFL rosters anyway.

Bishop Shanahan grad Doug Costin and Downingtown East’s Dan Chisena both were named to 53-man rosters over the weekend, with Costin going to the Jacksonville Jaguars and Chisena to the Minnesota Vikings.

DAILY LOCAL PHOTO PETE BANNAN Downingtown East receiver Dan Chisena pulls in a pass against Coatesville Friday Oct. 3, 2014 however he was ruled out of bounds.

Costin has beaten the odds many times. Friday afternoon, the former Bishop Shanahan star defensive end did it one more time.

Costin, an undrafted free agent, was named to the 53-man roster for the Jacksonville Jaguars. Costin is the first Bishop Shanahan player to reach the NFL, and made the team without the benefit of any preseason games.

Costin’s head coach at Bishop Shanahan, Paul Meyers, talked about what it is like to have a former player make it to the NFL.

“It feels awesome,” Meyers said. “But it feels awesome because I am so proud of him. It couldn’t have happened to a better kid. It just proves what you can accomplish as an athlete when you work hard. So many people said he would not make it because he was too short. Colleges stayed away from him, and colleges around here too. Obviously, the Jaguars didn’t believe he was too short.”

Costin, a 2016 Bishop Shanahan graduate, had a stellar career at Miami University (Ohio). Costin was a three-year starter for the Red Hawks. In his 50 career games, Costin tallied 178 tackles, 16.5 sacks and 33 tackles for loss.

As for Chisena, the Penn State graduate impressed the Vikings with his speed and special teams play. Chisena, a 2015 Downingtown East graduate, will start the regular season with the Vikings next Sunday.

“Dan Chisena is the best of kids to have on a football team,” Downingtown East head coach Mike Matta said. “He is a hard worker and he won three state [track] gold medals in high school in the 100-, 200- and 400-meter races. He is probably the fastest guy on the Minnesota Vikings and he built himself up to 205 pounds. He really worked hard.”

Chisena ran track at Penn State from 2016 to 2018 and was a key piece of the Penn State 4×100 and 4×400 relay teams that set school records and competed in the NCAA championships. In 2018, Chisena turned his attention to football and after tearing his hamstring, spent the 2018 on the Nittany Lions scout team, appearing in two games. In his senior season in 2019, Chisena had three catches for 66 yards and was a key member of the Penn State special teams, a quality which helped him make the Vikings active roster.