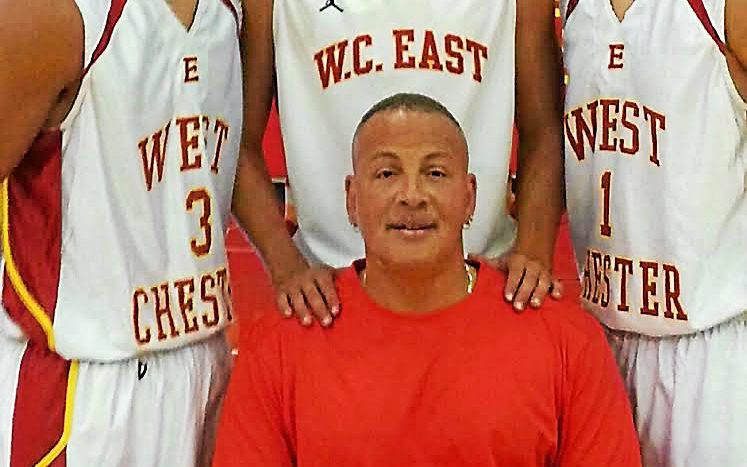 Anderson retired from West Chester East after the 2015-16 season after a 21-year stint as Vikings boss. He has spent the last five seasons as an assistant coach at his alma mater, Wesley College, in Delaware. Anderson was originally planning to join Blair with the Rams after the 2016 season, but wanted to coach his son Evan, who had a stellar four-year carer as Wesley. Anderson was inducted into the Wesley College Hall of Fame in 2020.

“I was supposed to go with Damien back then,” Anderson said. “But, I told Damien I would not be available when Evan played so we could not work things out. And I stayed for my fifth year at Wesley to see some of the guys I brought into the program finish things there and we won the Atlantic East Conference championship last season.”

Anderson gave Blair his start in coaching at the high school level when he hired the WCU alum to be on his staff at West Chester East. It’s a time Blair speaks of fondly.

“Throughout my time with him I was impressed with his will to win and the way he prepared his student athletes for competition,” Blair said. “He motivated his players to compete at the highest level regardless of the opponent. His teams always had the confidence to beat anybody, in any gym. They played with passion, toughness and a purpose.

“If you competed against his teams it was always a war,” Blair said. “His mentality and culture fits well with who we are as a program and this is the reason I feel Eric will be a great addition to our staff. Eric is also a very good X and O coach who has many years of experience from various levels. He has seen thousands of plays and scenarios that will undoubtedly help our players achieve their individual and team goals. I enjoyed coaching with and against him several years ago and look forward to him joining our staff this season.”

Anderson filled in for Wesley head coach Dean Burrows in the Atlantic East Conference championship game due to an illness to Burrows.

West Chester University will not be back the hardwood until Jan. 1, 2021, at the earliest, due to the COVID-19 pandemic. Anderson says he is raring to go.

“I look forward to coaching with Damien and his entire staff,” Anderson said.