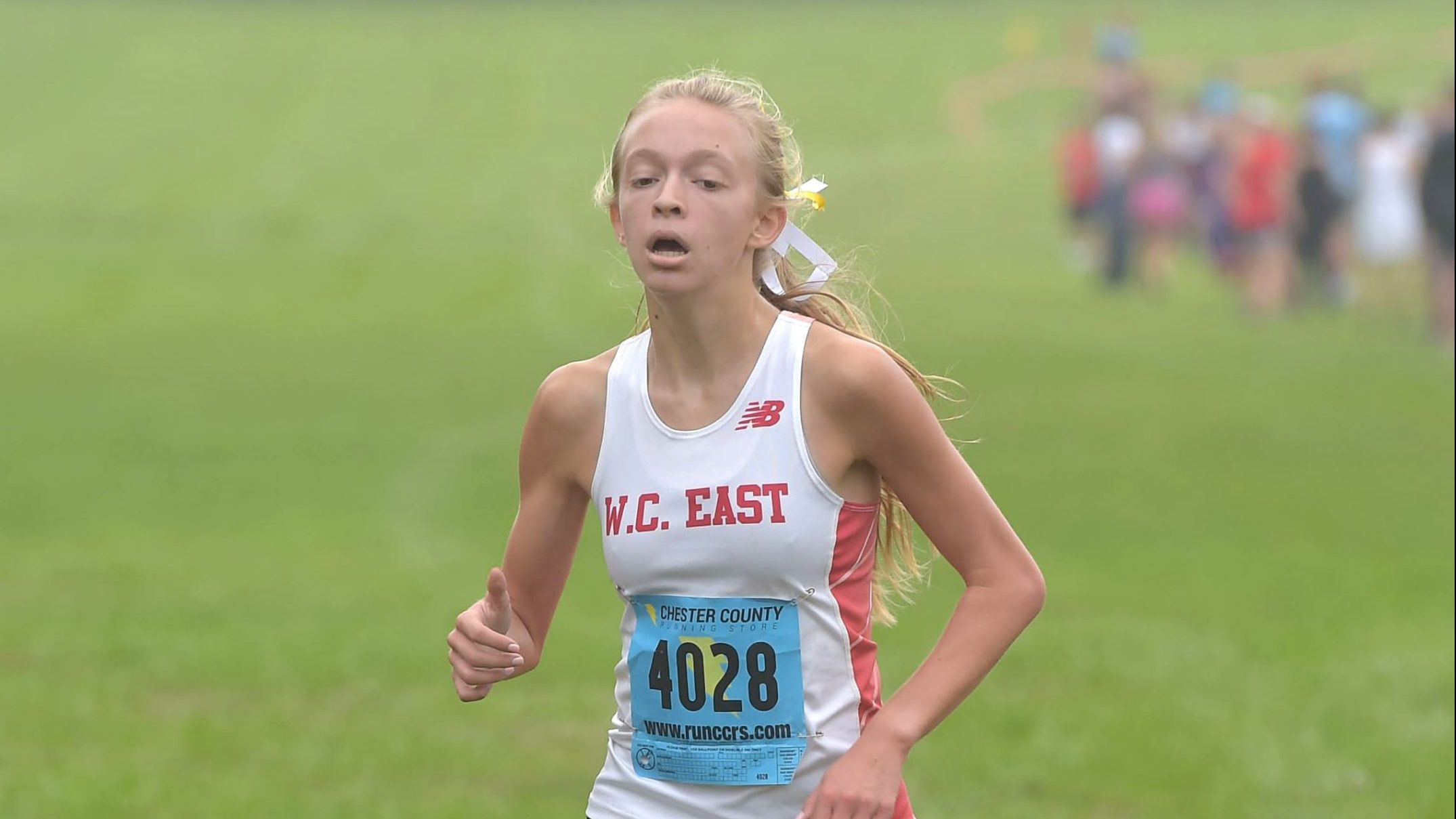 For the numerous Chester County star athletes who hoped to show off their skills as college freshmen this fall, the COVID-19 pandemic has put those dreams on hold – for now.

One of these athletes is West Chester East grad Allyson Clarke, who last fall placed second in the PIAA District 1 cross country championships (18:20.10) for the second consecutive year. She was looking forward to competing on the cross country trails for Bucknell University this fall, but last month the Patriot League Council of Presidents announced that the league’s teams will not engage in competition in the fall season (championship and non-championship).

“I’m obviously upset about the cancellation as I was looking forward to my first season as a collegiate athlete but I can’t say it was completely unexpected,” said Clarke. “After the Ivy League cancelled fall sports I had a very strong feeling the Patriot League would follow suit. I believe it was the right decision as it would be difficult to hold large cross country races while maintaining social distance. The pandemic is worse than ever in the United States right now and there is no feasible way to have people traveling across the country or even within a state to compete.”

Clarke has trained religiously the past couple of months, and has worked her way up to about 50 miles of running per week.

“Our [Bucknell] team was sent a training plan that began on June 1,” said Clarke. “I started off with fairly low mileage (20 miles per week) in the beginning of June and have slowly been increasing mileage to build a strong aerobic base. Most runs are recovery runs [and] easy runs, but we have one harder workout per week. I’ve also been working on core and strength training in order to stay strong.”

Clarke, who is majoring in biomedical engineering, will move to the Bucknell campus Aug. 12 and classes will begin five days later. And there will be cross country dual meet competition of sorts this fall for Clarke.

“Our team has Zoom meetings every two weeks where the coach fills us in on the most recent updates, and currently [end of July], the plan is for us to have three dual meets amongst the various grades on the team – for example, freshman vs. sophomores,” said Clarke. “At the end of October, we plan [as of late July] to run a 6k on the track so we can hold virtual Patriot League championships. It will be a lot of laps but it is the only way to ensure all teams run on a fair terrain. While these are our only competitions, we will continue to train and practice throughout the week. Most practices will be broken down into smaller groups to avoid large gatherings.”

Conestoga grad Liam Kirk was looking forward to playing football as a freshman for the University of Delaware this fall, but the Blue Hens have postponed the gridiron season due to the COVID-19 pandemic.

“Although I am incredibly disappointed, I understand and support the University of Delaware’s decision to postpone the season,” said Kirk. “This has been a tough few months with things changing all the time, and things mostly being canceled. I hope we can have a spring [2021] football season – that would be fun.”

Throughout the summer, the Blue Hen coaching staff has been in touch with Kirk and the other Delaware football players, for which he is grateful.

“They have provided incredible workouts, healthy eating suggestions and complete support,” said Kirk. “I have been following their workout regimen and I think I am in the best shape of my life. We have a team meeting [through Zoom] every Sunday, a running back meeting every Tuesday and then some breakout sessions for freshmen. If I have any questions I usually text one of the coaches and they get back to me immediately.”

At University of Delaware, classes will begin Sept. 1, and the school will be going online for the fall semester.

“They have invited some students to campus for Aug. 26 to Nov. 20 – not even 90 days,” said Kirk recently. “At this time, I believe I will be on campus with my teammates and going to all of my classes online. This is not how I expected my freshman year to be but I know the UD Athletics and the Blue Hens coaches are putting our health and safety first.”

“I believe Amherst and the NESCAC made the right decision regarding the cancellation of the fall season,” said Lemmon-Kishi. “Like they always say, ‘Student comes before athlete in student-athlete,’ and that saying holds true here. If canceling inter-college interactions allows students to be on campus and receive a better education, then that is what we have to do.

“When the COVID cases began to climb again in the following weeks after Memorial Day weekend, I had a feeling my season was in danger.”

Lemmon-Kishi has remained faithful to his football workout program, with a few adjustments.

“Our strength and conditioning coach [at Amherst] started sending out two different workouts a day – one for people who had access to a gym and weights and another workout for people who were stuck inside or had no access to equipment,” said Lemmon-Kishi. “Following the cancellation announcement, Coach Mills explained that we could still practice and lift to an extent on campus this fall without losing eligibility.

“It was weird training by myself or in small groups, as opposed to the whole team workouts I was used to from previous years, but after a little adjustment I continued ahead with my training. I would say the only major part of my training that I changed following the cancellation was my weight. Without a game until next year, I had no reason to keep my weight up and dropped a few pounds to be healthier and improve other aspects of training like footwork.”

Lemmon-Kishi will be heading to Amherst soon.

For Westtown School grad Aiden Morrison, who will be running cross country as a freshman for High Point University, the start of his new school’s fall season (as of Aug. 3) has been delayed to Sept. 3. Classes will begin Aug. 18, and he plans to arrive on campus Aug. 11 to prepare for the fall athletic season.

“I am thankful to still potentially have a 2020 cross country season,” said Morrison at the beginning of August. “I have been running almost every day, following the schedule that my High Point University coaches provided to me. In addition to daily running, I am working out with a personal trainer three times a week for strength and conditioning.

“My [High Point] coaches have been in continuous contact about our season along with precautions we will need to take once we arrive on campus. We have had team Zoom meetings to outline the COVID protocols that are in place to help mitigate spread and exposure.”

Oxford High School grad Luke Campbell planned to run cross country as a freshman for Elon University this fall. As of the beginning of August, Elon’s pack of runners still had a season of sorts.

“As of now, my events will be [competing against] local universities and colleges until COVID rates decrease and it is safer to travel,” said Campbell. “If the season ends up getting canceled I would be fairly disappointed. As a runner, transitioning from a 5k to an 8k is very difficult and takes a decent amount of time to master that.”

Campbell has been working out all summer with the conditioning program sent to him by the Elon coaches.

“With my coach’s program, I feel better than ever,” said Campbell. “In early July I started getting a lot more speed workouts which are really helping me grow stronger than ever, I’ve also begun lifting to help me handle these higher velocity workouts.”

“My coach has had several conference calls with other coaches around [Elon], and I just had a talk with him the other day,” said Campbell. “When I arrive early my coach has planned for preseason events to help bond with the team and get everyone comfortable.”