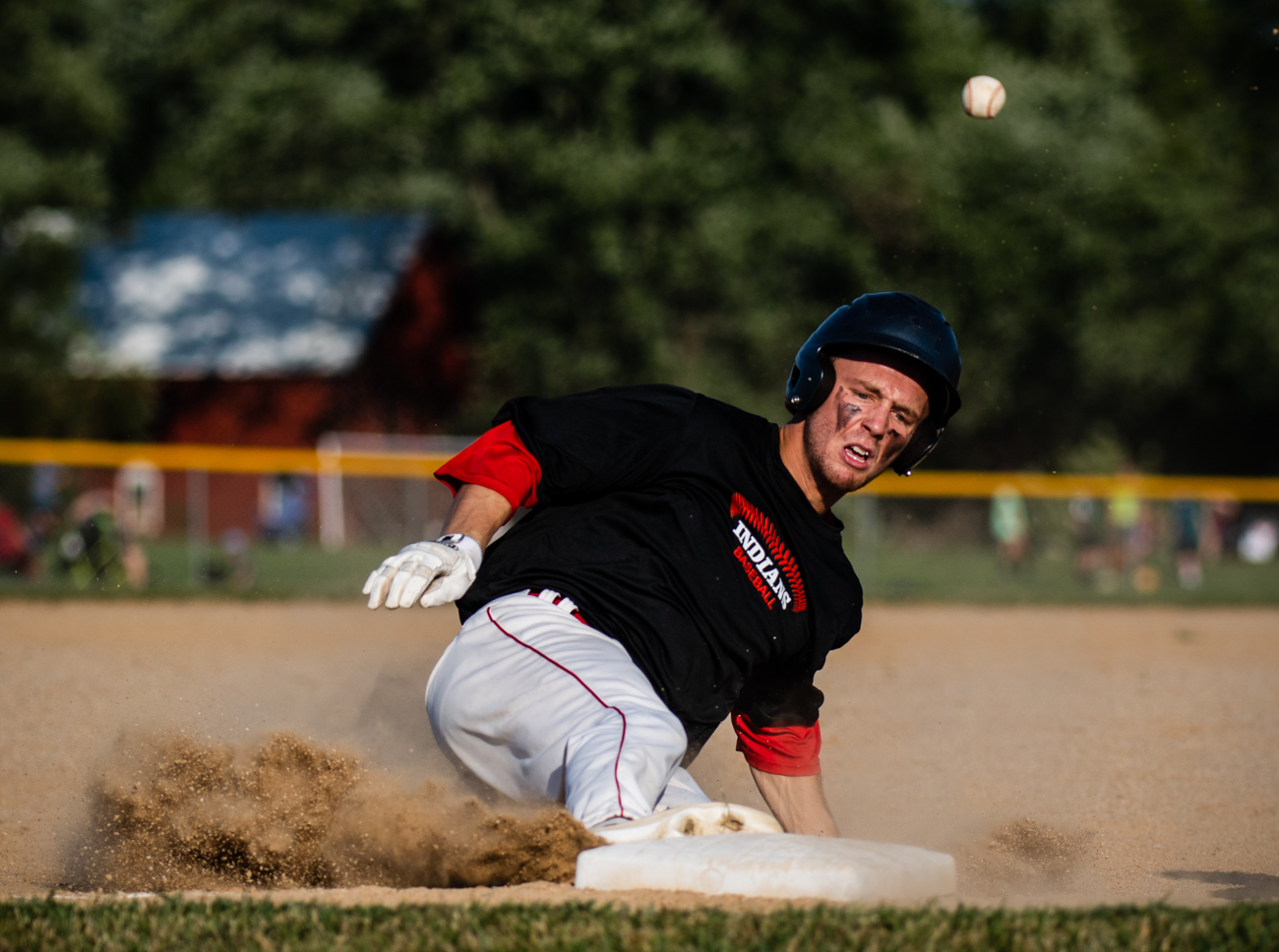 It’s not quite exactly North Penn vs. Souderton but with a championship on the line the rivalry still strikes the same chord.

“A lot of our guys grew up playing against their guys and I think the matchups have always been competitive,” said Knights Baseball and North Penn coach Kevin Manero in an email. “This time it’s just a mid-summer independent tournament, but I don’t think anybody thinks it feels like that.”

Indians Baseball – composed of players from Souderton – and Knights Baseball – its roster coming from NP – are the lone squads remaining in the Class of 2020 Bux-Mont Baseball Classic and Wednesday night they get to decide some local bragging rights along with a summer championship.

“It’s kind of a weird feeling – knowing this will be our last time together as a team,” Manero said. “There was so much uncertainty about that closure for a long time. Truthfully, they just want to win. They’re so hungry and so competitive and I’m sensing a lot of pride in their ability to go out there and win a game with their high school teammates. I expect they will leave everything they have on the field for sure”

The Indians and the Knights are meeting for the second time in the tournament – created to give local teams an opportunity to play along with honor seniors after the COVID-19 pandemic cancelled the spring sports season. Last Friday in a matchup of 2-0 sides, the Indians stayed unbeaten as Erik Ritchie, Jacob Horton and Brian Reiner combined to shut out the Knights 3-0 at Lansdale Memorial Park.

That Indians win continued a trend from the 2019 high school baseball season that saw eventual PIAA-6A champ Souderton sweep North Penn in their two regular-season meetings – both wins by shutout.

“When two teams play each other a minimum of twice a year, have successful programs, a community that backs them, and live in the next town over, it makes for a good rivalry,” said Indians Baseball and Souderton coach Mike Childs in an email. “Kevin and I have been around for a little also which may have some influence on our teams wanting to beat each other.”

The Indians come into Wednesday’s matchup with a 15-inning shutout streak, having not allowed a run since the fourth inning of their Classic opener against Perkasie Baseball Club (Pennridge) last Monday.

Perkasie plated in the run to go up 5-0 in the fourth but the Indians proceeded to score the next 10 for a 10-5 comeback victory.  Brian Reiner (Penn State Harrisburg) drove in four runs while Conlan Wall (Saint Joseph’s) scored three times.

Two days later against Casey’s Place Hooligans (Quakertown), Reiner struck out seven in pitching the first three innings and also went 3-for-3 with a two-run home run in the third. The trio of Reiner, Horton and Joe Fresta tossed a five-inning no-hitter in an 11-0 victory.

“I have seen energy and a winning attitude, especially out of the seniors, that we had the year before,” Childs said. “Conlan Wall and Brian Reiner have had a great tournament. Both have set the standard of playing hard while having fun and I think the underclassmen are learning from it. Ryan Canfield has also played well with a hit in every game. “

Prior to getting shut out by the Indians last Friday, the Knights’ bats produced a total of 27 runs in a pair of victories. The Knights began the tournament with a 13-3 win over Casey’s Place Hooligans last Monday at Memorial Park then followed by topping Allentown RBI (William Allen) 14-2 last Wednesday at Hostelley Field.

The Knights and Perkasie both finished 2-1 in the Classic but the Knights advanced to the final due to runs against tiebreaker – Knights giving up eight while Perkasie allowed 15.

“What I have seen from our guys is a pure love for the game that I knew was one of our strong points coming into this season,” Manero said. “I understand fully the need for people to be able to throw hard, hit the ball hard, run fast, and make plays. But one thing I have learned and appreciate more and more each year are the invaluable qualities of chemistry, selflessness and love of the game.

“Our 2020 class has fostered that in our team and it was on display all week. Those qualities win a lot more games in high school than people would realize.”