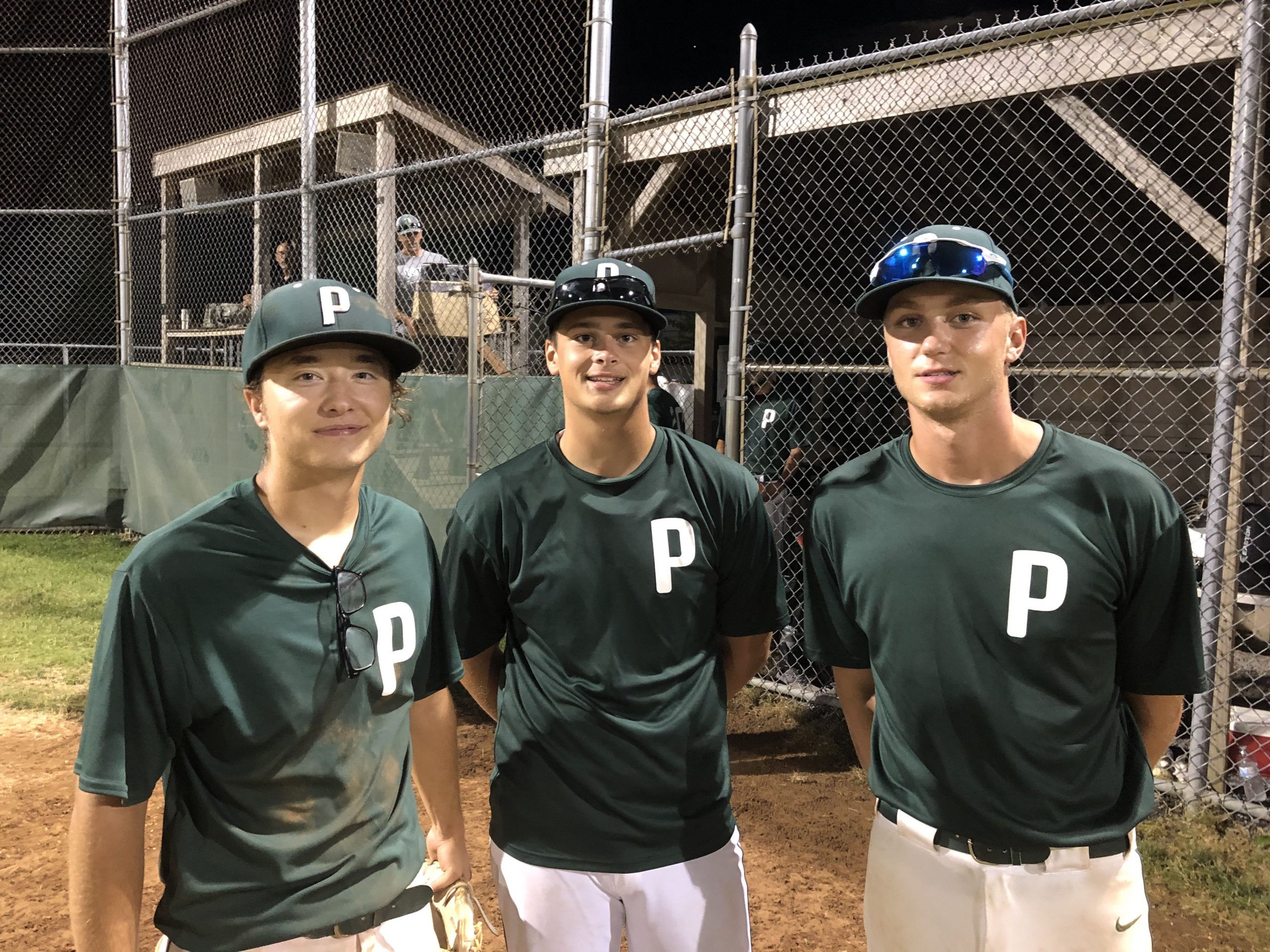 WEST ROCKHILL >> Perkasie Baseball Club could only control so much Friday night, but took care of what it needed to.

Requiring a win with a minimal amount of runs allowed to have a chance to play in the Bux-Mont Baseball Classic championship next week, Perkasie took the field at James Memorial Park against Allentown RBI with clear goals. Despite a bumpy start, Perkasie did exactly what it set out to.

A 17-1 win in five innings over Allentown gave Perkasie a 2-1 record in group play and at the time of the game’s end, a chance to play one more.

“We knew we had to win and get good run support to have a chance,” Perkasie infielder Ray Knight, a 2020 Pennridge graduate, said. “We were excited, we didn’t take them lightly and I thought we played well.”

Righty Matt Dubyk got the call on the mound, knowing the fewer runs he gave up, the better. With runs allowed serving as the first tiebreaker to determine a berth in the title game and 14 runs already on their register, the less giving Dubyk could be, the better.

When Kevin Montero hit the first pitch of the game for a single, it wasn’t the start Perkasie wanted. Dubyk loaded the based without an out, but got a chopper back to the mound for a force out at home to keep a zero on the board. Following that with a strikeout and a quick-reaction play to cut down an attempted steal of home, Dubyk had given his team a spark.

“It really boosted my confidence,” Dubyk said. “Our bats started to swing after that, so it definitely helped.”

Dubyk said he wasn’t expecting the steal of home and had his back to the plate when Luis Osorio took off, but he was able to react in time to get the ball to Derek Morgan for the tag at home.

“He pitched his way out of it,” Perkasie coach Craig Whitten said. “We have a tendency for that shaky first. I think he was trying to get some nerves out of his system and he grew from then on.”

Perkasie’s offense didn’t need much time to get going. Leadoff man Kyle Moran had a second straight excellent game at James Memorial and set the pace with a walk to start the contest.

Moran, who had three hits on Wednesday, went 3-for-3 with four RBIs on Friday, adding two walks and scoring three runs. The recently graduated Pennridge Ram would score the contest’s first run on Sean Clayton’s RBI hit later in the inning.

“I wouldn’t necessarily say it’s the field, more my team and the atmosphere,” Moran said. “The last couple years have been a little rough. This year, we had a new coach and felt a different atmosphere in the dugout.”

Indians Baseball Club beat Knights Baseball 3-0 on Friday, giving the Indians a 3-0 record and spot in the final. Knights Baseball is also 2-1 and qualified for the championship game over Perkasie via the runs against tiebreaker — the Knights allowed eight while Perkasie gave up 15.

While Perkasie didn’t earn a bid in the Bux-Mont Classic final, its summer isn’t over. The squad is taking part in the St. Luke’s Lehigh Valley High School Baseball Classic next week, with a doubleheader on Monday and a game Wednesday in group play before a knockout tournament.

Perkasie took a 2-0 lead after an inning and tacked on three more in the second including an RBI single by Knight, who had three hits and drove in a pair from the No. 2 spot. After adding a single run in the third off an RBI hit by Moran, Perkasie blew the game open with an 11-run fourth inning.

“We have another tournament next week, so the momentum from this is going to help us,” Moran said. “We’re just trying to keep the hits going and stay solid.”

“It shows we can hang with anybody and we’re a good team,” Knight added. “The future with Coach Whitten at Pennridge baseball will be a good one.”

Morgan, Moran, Knight and Ryan Healy all drove in runs during the fourth-inning outburst, which was aided by four Allentown errors and a few bases-loaded free passes. Moran had three RBIs in the frame, drawing a bases-loaded walk and belting a two-run double in his second time up.

With the big lead, Perkasie had a chance to use its depth and while it will not play in the Bux-Mont final, the players hope next week brings more of the same.

“Kyle (Moran) said ‘thanks for making Pennridge baseball fun,’ and I just tried to make it as fun and loose as I can,” Whitten said. “That’s how it was when I played and they seemed to appreciate it.”