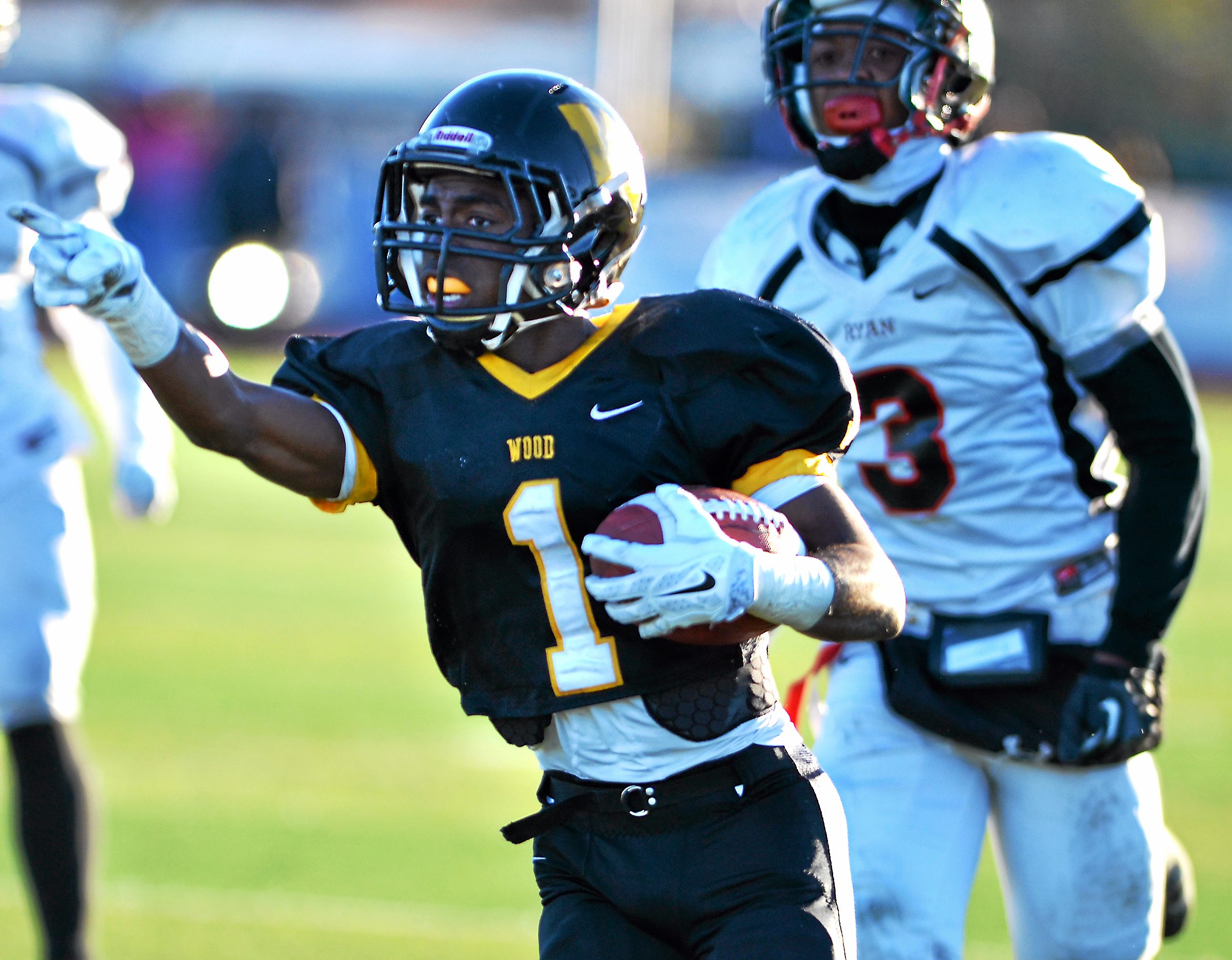 This was on full display in the 2013 and 2014 seasons. Running back Jarrett McClenton etched his name into the Vikings record books during his junior and senior seasons.

For his eye-popping statistics and big-game performances, McClenton is the Reporter/Times Herald/Montgomery Media Football Player of the Decade.

As a junior in 2013, McClenton rushed for 1,705 yards and 28 touchdowns, adding nine receptions, 161 yards and one touchdown through the air. His 1,705 rushing yards are the fifth-most in a single season in Wood history and his 28 touchdowns rank fourth. He was named to the first team All-Philadelphia Catholic League AAA Division and earned Most Valuable Player honors. He was voted first team All-State.

Over Wood’s three state playoff games, he rushed for 145, 172 and 238 yards and a combined five touchdowns. In the state championship game, a 22-10 win over Harrisburg Bishop McDevitt, McClenton carried the ball 40 times for 238 yards and two touchdowns.

McClenton was even better in 2014. He set Archbishop Wood single-season records with 2,191 rushing yards and 37 rushing touchdowns. He added nine receptions for 62 yards and a touchdown through the air. He was named first team All-PCL and All-State again during his record-breaking campaign.

McClenton had a career game during the regular season against La Salle. He rushed for 293 yards on 27 carries and scored three touchdowns. It was one of four 200-yard performances in 2014.

The 5-foot-8, 165-pound running back had an even better postseason than he did as a junior. Over six games for the PCL, City and State AAA championship runs, he totaled 23 touchdowns. He scored four touchdowns in five of the game and three in the other. In the state semifinals against Somerset, he rushed for 230 yards and three scored before posting 233 yards, four touchdowns and a two-point conversion in a 33-14 win over Central Valley.

McClenton finished his high school career with 4,539 rushing yards and 73 touchdowns. He totaled 254 points in 2014 and 192 in 2013, the two highest-scoring seasons in program history.

The Bensalem native went on to play college football at Villanova. In 45 career games, he rushed for 555 yards and one touchdown while reeling in 103 receptions for 1,299 yards and eight touchdowns.