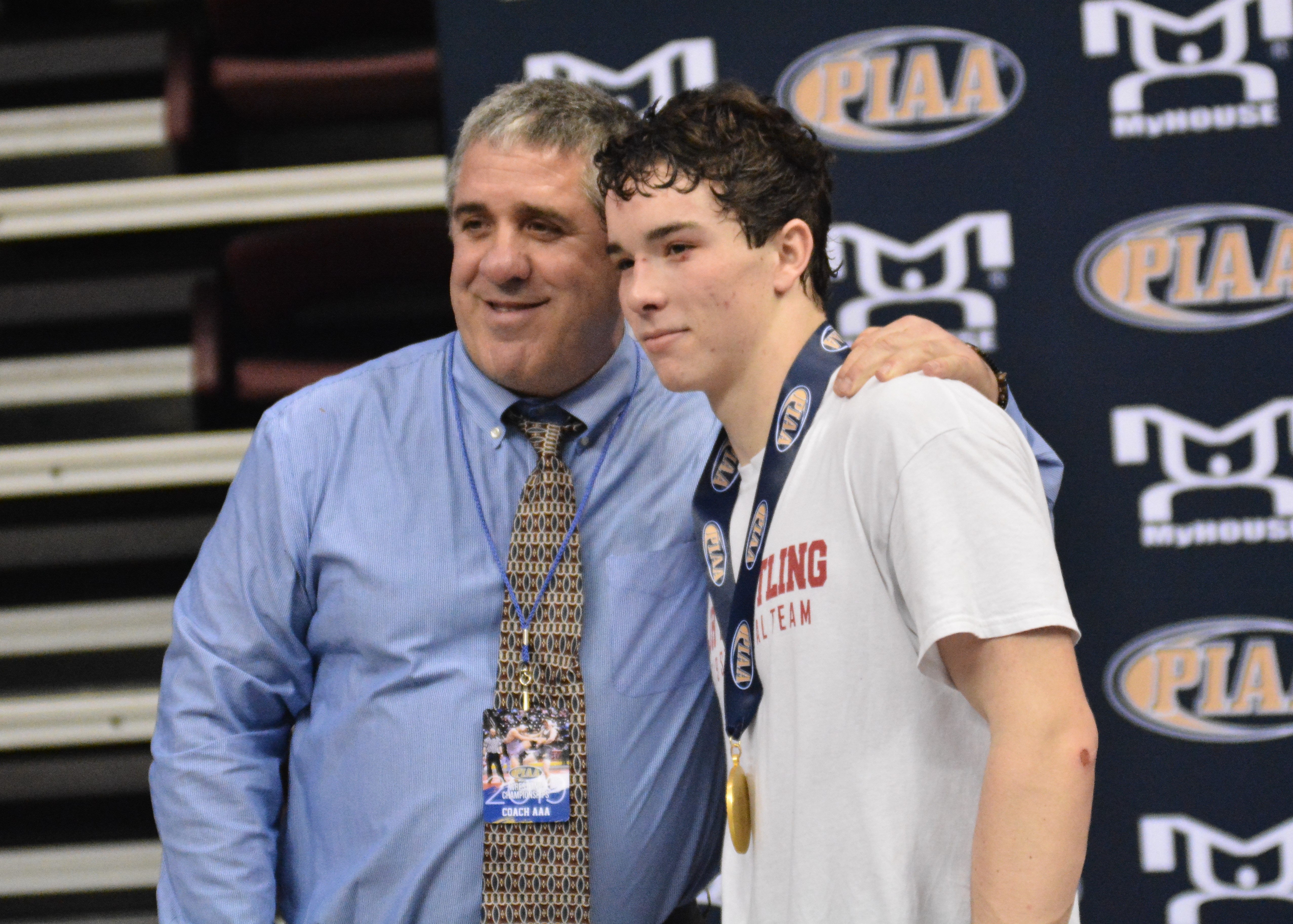 High-school wrestling in Pennsylvania is taking a step back.

Back to the era when grapplers competed in 13 weight classes, before the number was increased to 14 almost two decades ago. And several local coaches are none too happy to see the change.

The Pennsylvania Interscholastic Athletic Association (PIAA) board of directors unanimously approved a proposal Wednesday to reduce the number of weight classes in high school wrestling from 14 to 13. The directors cleared the final hurdle, the vote on a third and final reading unanimous.

The modification to Rule 4-4-1 of the National Federation of State High School Associations (NFHS) rule book will take effect for the 2020-21 season, set to begin Dec. 11.

The driving force behind the change was to help cut back on forfeits, which have become more prevalent in the sport over the past several years. Switching to an odd number of weight classes also creates a natural tiebreaker for dual matches.

“I understand why they did it,” Steve DeRafelo, head of the Owen J. Roberts program the past 18 years, said. “I know there were quite a few forfeits, I know they’re just trying to make dual meets a little more competitive.”

Numbers were not an issue for the Wildcats in recent years. With a 40-man roster for the 2019-20 season, they forfeited just four times in a dual-match schedule that saw them go 15-4 overall and 4-1 in the Pioneer Athletic Conference’s Liberty Division.

Suffice it to say, DeRafelo does not feel the need to have fewer wrestlers go out on the mats.

Spring-Ford, another of the PAC’s bigger schools in terms of wrestling participation, had even more success this past winter. The Rams, with a 37-man roster, were champions of both the PAC’s Liberty Division, District 1-AAA North (individual) and District 1-AAA (duals); in their 22 matches (19-3 overall), they forfeited just one bout.

“I would have rather seen the PIAA keep the weights at 14,” head coach Tim Seislove said when the move was first being considered. “With that being said, if we do have to cut back to 13, I like the proposed weights. Keeping the lowest weight at 106 was a good idea.”

In contrast to his Liberty Division counterparts, Upper Perkiomen’s Steve Adam had a much smaller roster (20), though it was able to sweep through the Frontier Division’s regular season. But like them, he is not a proponent of reducing the number of weights.

“I can temporarily accept the 13 weight-class realignment,” Adam said. “I would’ve preferred to stay with 14 weight classes. I am glad they kept the 106 pound weight class.

“If the PIAA ever goes back to 14 weight classes, hopefully they add a weight class between 126-152. The data shows that weight span has the highest participation rate.”

The data, charting percentage of forfeits by weight class the past three years — listing all teams as well as those in the AAA and AA classes — showed all Pennsylvania teams, and those in the AAA classification, at 28 percent or lower at 138 through 170. Conversely, Class AA forfeit rates were at 49 to 55 percent for the 106 and 113-pound weights.

A similar sentiment was expressed by Daniel Boone’s Jim Hogan. Coming off a season during which his 22-man Blazer roster went 13-8 in dual matches (5-2 Berks Division I), Hogan does not feel “smaller is better.”

“I am not a supporter of decreasing weight classes,” he said. “It eliminates opportunities for individuals and doesn’t promote growth of the sport.

“I think we should look for ways to grow the sport rather than take away opportunities.

The PIAA previously worked with the NFHS to produce a cohesive national weight class plan, part of the discussion for multiple years, but the national federation declined to act.

In May, the PIAA received a letter from Pittsburgh-based attorney Richard B. Sandow, who represented multiple wrestlers. Sandow argued the proposal was against PIAA bylaws and would expose wrestlers between 172 and 189 pounds to new health risks. Prior to the modification, wrestlers competed at 170, 182 and 195.

Following a review from the PIAA Sports Medicine Advisory Committee, Sandow had a chance to make his case. The PIAA was unanimous in moving forward at last month’s board meeting.

“I’m not going to question the abilities of our doctors. They’re tremendous,” PIAA Executive Director Dr. Robert A. Lombardi said in a statement. “The beauty of our sports medicine advisory group is they’re all involved with athletics at the local schools they cover. They’re boots on the ground.

“I’m glad the board sent it there. We couldn’t have gone to a better, more educated group because the conversation we had at the sports medicine meeting was second to none. They didn’t leave anything unturned.”

Prior to Wednesday’s vote, Lombardi said the proposal was reviewed by both the medical advisory and wrestling steering committees.

Haley heads back home to take over at Boyertown
Spring-Ford, Wissahickon players get taste of cancelled 2020 season at Baseballtown Charities Showcase