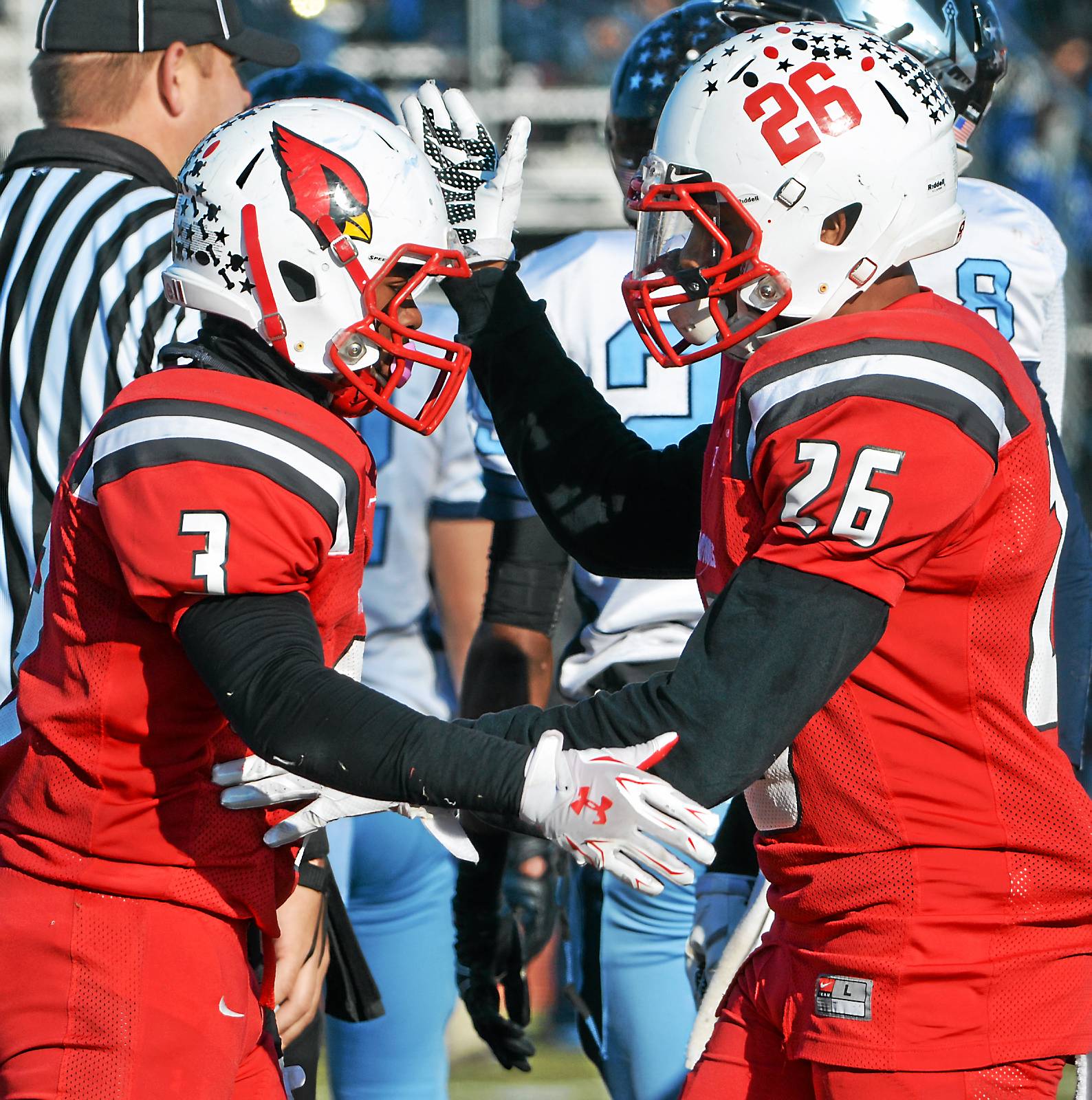 The Reporter/Times Herald/Montgomery Media Football Team of the Decade comes down to Upper Dublin 2015 and La Salle 2012.

Fans will decide the winner by voting on Twitter @ReporterSports. Polls are open through noon on Saturday.

Let’s take an in-depth look at each team.

Upper Dublin, the No. 5 seed in the tournament, went 14-1 in 2015. The Cardinals won the Suburban One League American Conference championship and the District 1-4A title. They lost to Parkland in the state semifinals. Noteworthy victories include a 24-14 district semifinal win over Pennsbury and a 46-21 district final win over North Penn.

La Salle, the No. 14 seed in the tournament, went 12-2 in 2012. The Explorers won the Philadelphia Catholic League 4A championship and the 4A City Title. They lost to Coatesville in the state semifinals. Noteworthy victories include a 28-27 win over St. Joseph’s Prep for the PCL crown, a 37-20 win over Frankford in the 4A city championship game and a 28-7 win against Parkland in the state quarterfinals.

HOW THEY GOT HERE

Chris Kane threw for a nearly-identical 2,524 yards in 2012 with 29 touchdowns. Sean Coleman reeled in 64 receptions for 930 yards and 13 touchdowns while Jimmy Herron posted 37-668-9. Herron led the rushing attack with 533 yards and seven touchdowns. Coleman was a first team All-PCL 4A Division selection as well as lineman Patrick Hoffman, tight end Jon Naji and the versatile offensive weapon Mike Eife.

Upper Dublin’s most impressive defense stretch came when it allowed a total of 13 points during a five-game stretch, including three shutouts. The Cardinals blanked SOL American rivals Springfield Montco, Wissahickon and Plymouth Whitemarsh after holding Cheltenham to six points and before keeping Upper Moreland to seven. Field, Lee and Henrich earned first team All-League honors along the defensive line. Linebackers Rapine and Winebrake also earned top honors as well as Sowers at defensive back.

La Salle had a similar defensive stretch in 2012. Over four games, three of which were on the road, they allowed a total of 19 points in wins over Cardinal O’Hara, Malvern Prep, Archbishop Ryan and Father Judge. The Malvern Prep game was a 31-0 shutout. Defensive linemen Naji and Tom Spiteri were first team All-PCL 4A Division selections as well as linebacker Zaire Franklin and defensive back Dad Poquie.

IN HIS OWN WORDS: Coatesville legend Derrick Morgan on why investing in places like his hometown can change the future
Archbishop Wood’s Steve Devlin is the Reporter/Times Herald/Montgomery Media Football Coach of the Decade