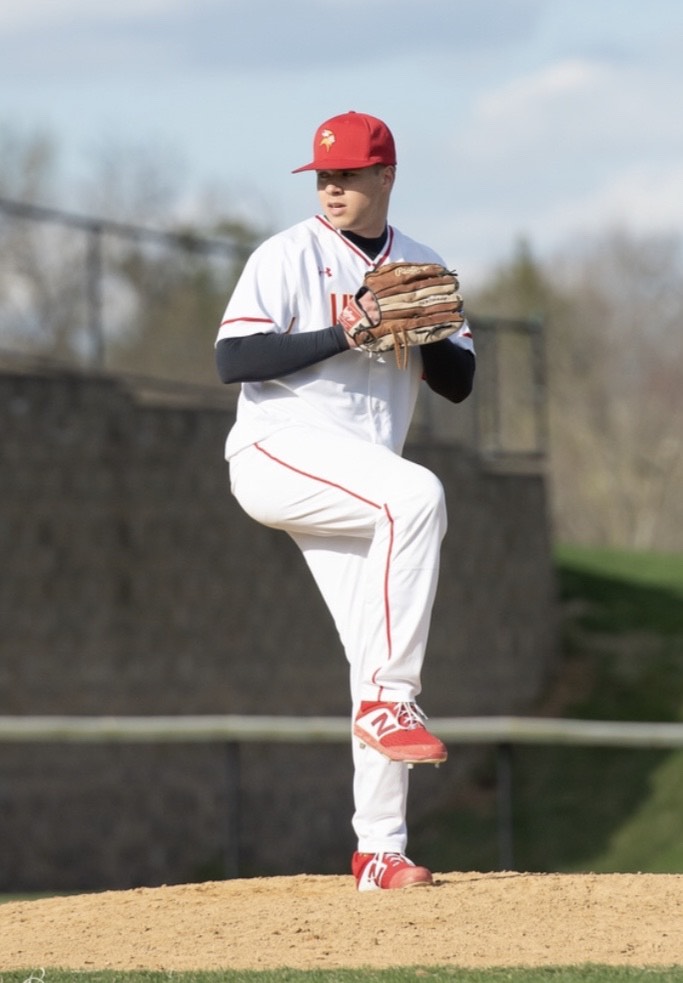 Lessons learned on the football field can help a player on the baseball diamond, especially when they have to do with a few of any football coach’s favorite buzzwords, like “determination” and “grit.
That ability to persevere was especially true for West Chester East senior Andrew Dunleavy, who was an instrumental part of the Vikings’ Ches-Mont League American Division football title team in 2019, helping it advance to the second round of the District 1 Class 5A playoffs.
Dunleavy had to overcome a meniscus surgery he had in December to try and make it back to a West Chester East baseball squad that had high hopes for the 2020 season. Dunleavy was looking at a late April return to the baseball diamond, but things came to a halt before then, when, on April 9, the PIAA cancelled the 2020 spring sports season due to the COVID-19 pandemic.
“I was coming back from an injury and I hoped to be back in April, so when I heard the season was officially off I was devastated,” Dunleavy said. “I mean the other guys were working out the entire offseason and football is my primary sport but I love baseball and we thought we were going to have a very strong team this season. I was really looking forward to it, and to not have a senior season was very tough to take.
“We had a lot of seniors returning and the underclassmen were doing very well,” Dunleavy said. “They were sophomores last year. Obviously, the Ches-Mont League is always tough with great competition but we felt we had a real strong chance of making a run this season. We had Ryan Basarab and Ryan Brunner on the mound and we had a lot of players with a lot of experience.
“And football helped me come back from injuries,” Dunleavy said. “I had two knee surgeries in eighth grade, tore my ACL, and the lessons learned in football really helped me in baseball. You learn to work real hard and try to overcome adversity, like injuries. I really enjoyed playing both sports. And I was really looking forward to coming back and helping the team win this year.”
Next fall Dunleavy will attend college at the University of South Carolina and he is looking to expand his horizons by going to school down south.
“I also considered Penn State seriously,” Dunleavy said. “But, South Carolina gave me a good package and I wanted to expand my life a little and see another part of the country, and they have a real good business school and I want to be an actuary when I graduate. So it was a great fit. Being close to home is nice but I felt this move to go to college in South Carolina was best for me.”

IN HIS OWN WORDS: Coatesville legend Derrick Morgan on why investing in places like his hometown can change the future
SENIOR WEEKS: Avon Grove’s Kelleher looking forward to next step at Christopher Newport