SENIOR WEEKS: Tara Forde was Bishop Shanahan’s first female rugby player, and she leaves as the best one yet 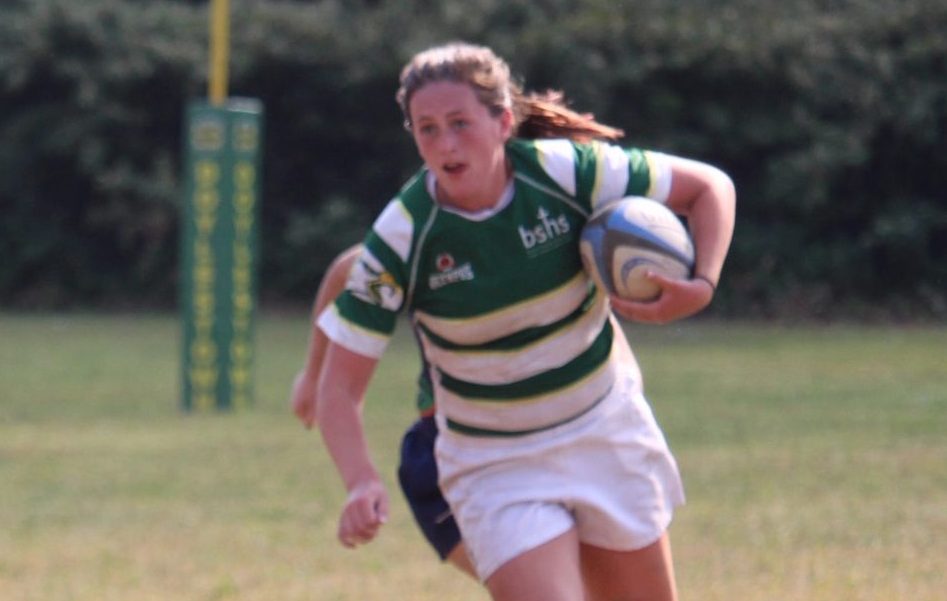 It’s kind of difficult to chronicle just how important Tara Forde has been to Bishop Shanahan girls’ rugby.

Sure, she is undoubtedly the best player to come out of the program so far. But Forde was highly instrumental in actually starting the program in 2018.

“Once we started rugby, it became my main sport,” said Forde, who spearheaded the push to make it a club sport along with her dad, Declan. He played college rugby at St. Joseph’s, and her older brother, also Declan, also played the sport for Shanahan.

“I could have played for (a combined) Downingtown (team) but I wanted to play for Shanahan,” Tara explained. “I remember saying: ‘Why don’t we have a girls’ team?’ So we went to the administration and started the team.”

When the idea got the OK, it was Forde who spent countless hours talking to classmates, recruiting them to try the sport, which is named after a 450-year-old boarding school for boys in England, where it was established.

“There were a lot of girls that were interested,” she said. “I told them to get their friends to come out. I also told them if you come you won’t get cut because we needed as many as we could get.”

She wound up serving as team captain in her junior and senior years. The inaugural season, under head coach Angela Johnson, was a struggle, but it set the stage for a wildly successful encore.

“We got beat most of the time, but we definitely improved,” Forde said.

“It is such a fun sport. I love the fast pace of it. And one thing I noticed from the first time we played is that everybody is friendly and supportive. I remember in our second or third game, when we scored out first try there were all these people from different teams cheering us on. It is a very welcoming environment.”

Under new head coach Laura McReady, the upstart Eagles proceeded to shock the rugby community in the fall of 2019 by finishing third overall at the Rugby Pennsylvania 7’s Tournament.

“It wasn’t really what anybody expected from us, being in our second season,” Forde explained. “It was pouring rain but we were kind of in our element.”

The Shanahan squad was prepping excitedly for the 2020 Rugby 7’s spring season when on March 13th, all school activities cancelled due to the emerging coronavirus threat. In addition to rugby, it also put the nix on the track and field season, a sport that Forde had pursued since freshman year.

“It was a shock to my system,” Forde acknowledged. “I was in the middle of the busiest time of my life, going to school, going to multiple practices, and it was the week leading up to Mr. BSHS, where I was Mr. Rugby’s escort.

“Then I went straight to doing absolutely nothing except for some school work. I got bored very quickly.”

Forde is used to being busy. She also played on the Shanahan girls’ basketball squad. She was a captain as a senior and logged three seasons on the varsity.

“I’ve always liked playing sports,” she said. “It keeps me busy and in shape. I’ve made a lot of my friends in team sports.

“I also feel I do better with time-management when I’m playing sports. When I have a lot of empty time, I tend to just wait until the last minute to do anything.”

A Glenmoore resident, Forde believes that she had a workable arrangement to accommodate both rugby and track for her final high school semester. Other than a stretch as a junior, when she broke her wrist snowboarding, Forde specialized in discus and javelin for Shanahan. She qualified for Ches-Monts as a sophomore.

“Our new (track) coach, Mark Schmidt, was letting me come to track practices once or twice a week and then rugby the other three days,” she explained. “It wasn’t like I felt overwhelmed — I just liked playing both sports.”

Forde is headed to Penn State, where she will play NCAA Division I rugby for the Nittany Lions. She is planning to pursue a business degree and perhaps attend law school. The loss of two senior seasons was very difficult to swallow, but Forde has forged ahead.

“I eventually came to grips with it,” she said. “It is what it is. We are in a pandemic and there isn’t anything I can do about it, so I moved on to preparing for college.”