SENIOR WEEKS: Rustin’s Plona excelled on multiple fields, a court and every classroom 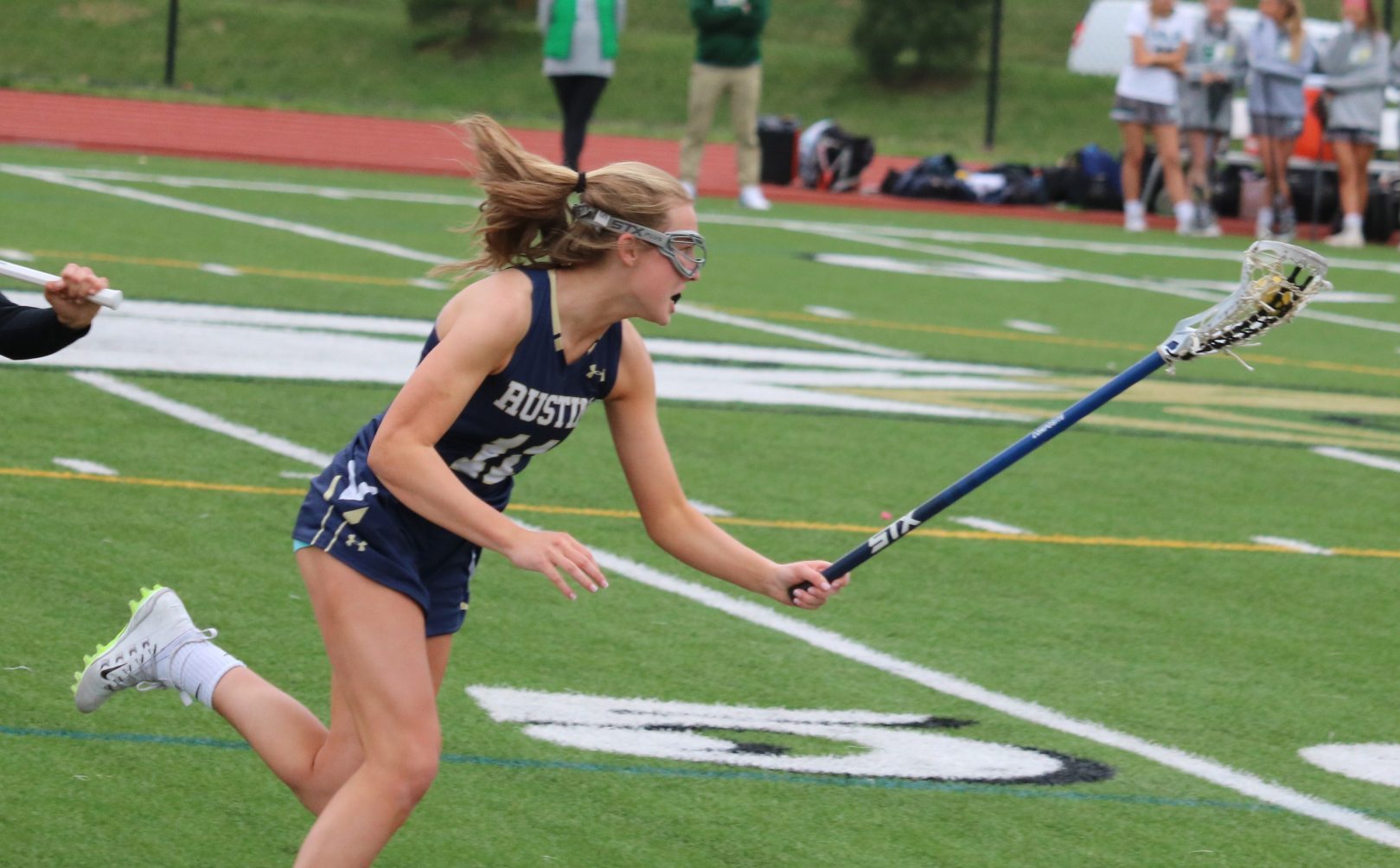 Grace Plona, who was captain of the West Chester Rustin girls’ soccer, basketball and lacrosse teams during her just-completed senior year, received a pleasant surprise recently when she was named the school’s Outstanding Female Athlete for the 2019-20 school year.

“Receiving this award was an incredible honor,” said Plona. “I absolutely loved playing sports for Rustin and am so honored to receive this award. It was so cool to know all of my hard work and commitment I put into the sports to be recognized among a group of very talented female athletes. When I heard my name announced for the award it was a validation of sorts to know that my time spent participating in sports was acknowledged.”

West Chester girls’ lacrosse head coach Mike St. Clair said, “Grace is what makes Rustin sports so successful, and she is the perfect example of why you don’t need to specialize in one sport to have success. I was blessed with having the opportunity to not only coach her on the field for four years but also teach her in the classroom for two classes (intro to the stock market, world cultures). She was not only a great lacrosse player, she was an outstanding student.”

As a junior, Plona scored 15 goals for the Rustin girls’ soccer team, the second-highest season total in program history. She also received first team All-Ches-Mont League and All-Area honors for soccer that fall, and her favorite memory of that season was a 2-1 overtime win against archrival West Chester Henderson.

“A few minutes into overtime, I had a breakaway and scored — it was golden goal so the whole team rushed the field and celebrated,” said Plona. “We were all so excited and I was so happy to share this memory with my friends.”

That winter, Plona received second team All-Ches-Mont and All-Area girls’ basketball honors, and followed it up with a fine spring performance for the Golden Knights’ perennially strong girls’ lacrosse team. St. Clair was Plona’s lacrosse coach for all four years at Rustin.

“Coach St. Clair was pretty much the only constant I had during my Rustin athletic career,” said Plona. “I loved to play for him because he taught me to always love and have fun with the sport I was playing.”

Last winter, on Valentine’s Day, Plona experienced what she called her favorite memory of her Rustin athletic career, the girls’ basketball District 1 6A opener against Hatboro Horsham, in which the Golden Knights were trailing by 13 points with six minutes left and came back to win.

“It was our last home game, my last time playing in the Rustin Gym, and our season was on the line going into this game – if we lost our season would have been over, but if we won we would have at least two more games,” said Plona. “I remember feeling extremely nervous because we were losing by a good amount with not that much time left. But we made a couple of huge baskets and got some stops on defense, and we ended up winning. Everyone on the bench and the students who came to watch rushed the court at the end and we all celebrated. Everyone was so excited.

“Lauren Stackhouse was our basketball head coach just for my senior season, and although I only played for her for one season she taught me that change can be a good thing.”

A month later, Plona experienced a different feeling as the girls’ lacrosse season was suspended and eventually cancelled, along with all of the other PIAA spring sports, on April 9.

“I was incredibly disappointed that our lacrosse season was cancelled – we did a lot of hard work in the few weeks preparing for the season so it was frustrating — but I understood,” said Plona. “I had a goal to play a sport during each season during my four years at Rustin, so I wouldn’t get the closure to my sports career that I wanted with my last lacrosse season.

“However, Rustin and the girls’ lacrosse boosters were very considerate with doing things for the seniors to make up for our lost season. They set up a little photo shoot and car parade for the seniors. The seniors on the team got to take pictures together in our caps and gowns and our teammates and people involved with Rustin girls lacrosse drove by to congratulate all of us.”

“They’ve both played a huge role in not only mine, but every athlete’s career at Rustin,” said Plona.

This fall, Plona will attend Temple University, where she will major in accounting at the Fox School of Business.

“I’ve always loved the city and had always wanted to live in Philly,” said Plona. “Temple is perfect because it is in the city environment and isn’t too far from home.”