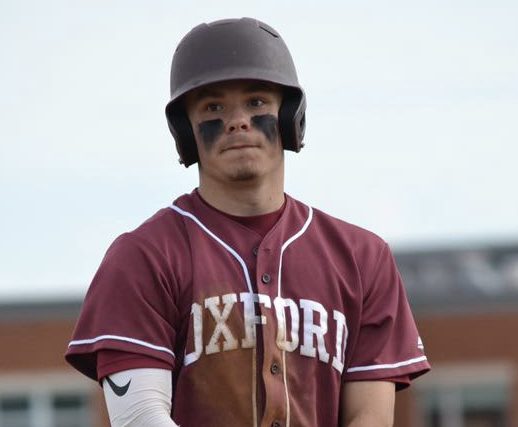 There was change in the air with the Oxford baseball program coming into the 2020 season.

The Hornets, who had captured the last two Ches-Mont League American Division titles under head coach Andy Wendle, were now under the direction of former Avon Grove head coach Tim Rector, after Wendle left to take a school principal position. Rector had coached most of the current Hornet players when they were in middle school, so there was plenty of familiarity in the locker room.

One of the big hitters Rector was counting on to propel Oxford to its goal of making the PIAA Class 6A tournament was senior Dalen Griffith, who hit over .350 as a junior. But, when the PIAA cancelled all scholastic spring sports on April 9 due to the COVID-19 pandemic, Griffith and his Oxford teammates were robbed of a promising baseball season.

“We were still practicing and playing as much as we could and lifting weights to get ready for the season,” Griffith said. “But when we heard the season was off it was really heartbreaking for us. We really had a lot of hope this season that we could get past the districts and make the state tournament. And we had a lot of seniors coming back but the young guys coming up had a lot of talent and it was going to be exciting to see what the young guys could do.”

With the change from a head coach as successful as Wendle had been, there was always going to be an adjustment period. But Griffith said things were very good in Hornet land.

“Coach Wendle was the coach and with coach Rector it was more of a family atmosphere,” Griffith said. “We knew him from middle school so that was a good thing. To not have a season after all the hard work we put in during the offseason was really crushing.”

“Dalen was going to be one of my big hitters along with Jay Morton and Ryan Santaneglo,” Rector said. “We were expecting big things from him and he was going to be a very important part of the team again this year.”

In the fall, Griffith will continue his academic and athletic career at Goldey-Beacom College in nearby Delaware. The Hornet slugger talked about his college choice.

“Goldey-Beacom has a new baseball program and there is a lot of room to grow the program, so that is exciting,” Griffith said. “And I am going to be an accounting major and they have a really good business school and I am real excited to be going to school there and playing baseball too.”