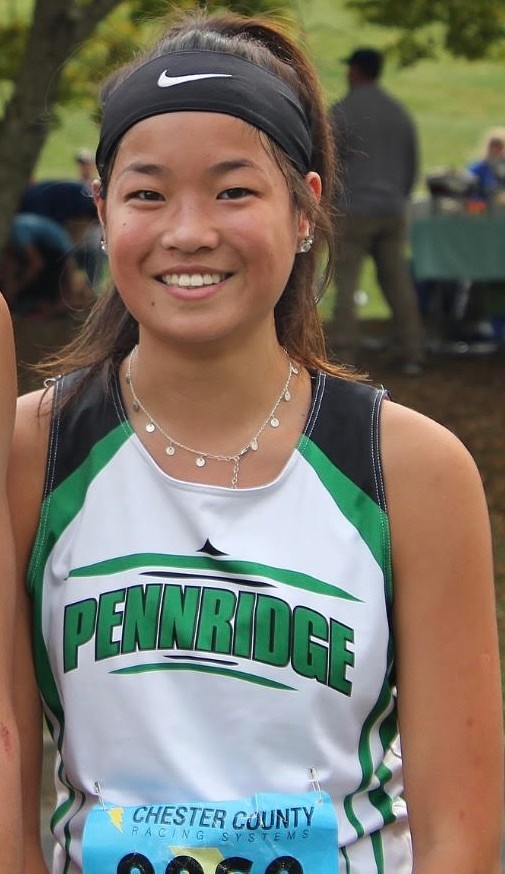 Lauren Wilson didn’t know what to expect coming into the spring season.
“I was hoping to run the 400-meter dash and 800 and get good times,” the Pennridge grad said. “It was my first year so I didn’t have a specific goal in mind.”
Wilson found much more in the sport of track and field.
Praised by coach Bill Smith as a “hard-working letter winner,” Wilson was a pleasant addition to the Rams in cross country and indoor track, and was looking to build on that momentum outdoors.
“I wanted to get into shape. I liked it way more than I thought I would and I wish I started sooner,” she said of cross country.
The long-distance runs provided her an outlet. Indoors, she continued her surge in the winter.
“I liked the team and the ability to work towards individual goals as well as team goals,” she said of the sport. “Most of the other sports are focused on the team goals.”
Although the sprint season was wiped out, Wilson kept striving to get better.
“I tried to run three to four times a week,” she said. “Mostly long runs but some workouts and tempo runs.”
The team had its own specific gravity to it.
“I missed them a lot,” Wilson said. “Most of my friends were on the team and practice was a majority of my social life outside of school.”
Wilson caught up on some other activities during the shutdown: “I cooked and painted a few things. I also got back into lifting weights which I didn’t have time to do much before the shutdown,” she said.
Although her time with the Rams was short, Wilson savored it.
“The team is easy to make friends with and the coaches are all super nice and welcoming,” she said.
Wilson will be attending Penn State next year. She’s not running on the track team but would like to do club.