SENIOR WEEKS: Rustin’s Supplee uses rivals inside her own home to stay motivated after cancelled season 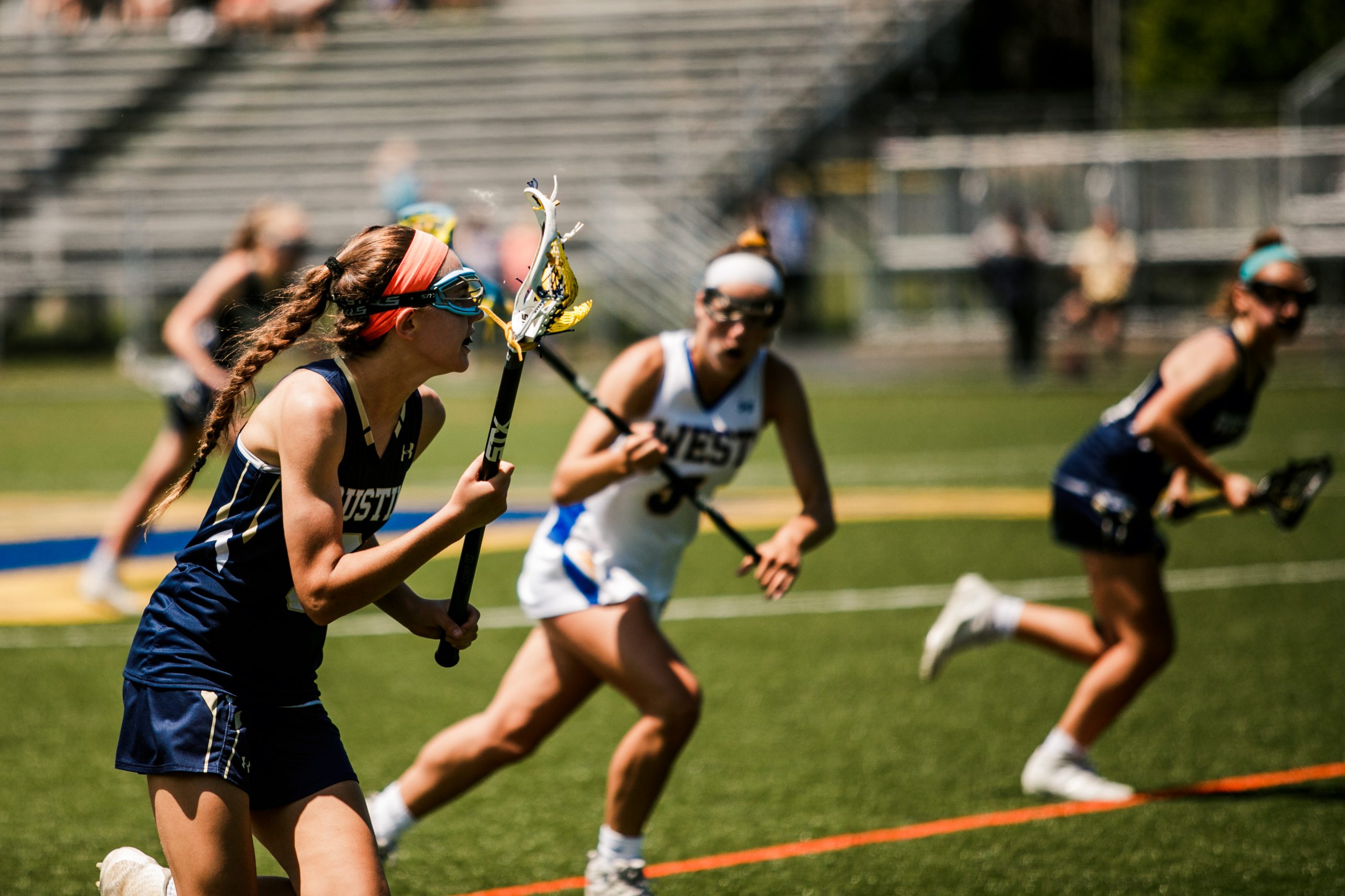 With three very competitive kids in their West Chester household, Mark and Sue Supplee decided long ago that they could occasionally use those rivalrous tendencies to their advantage.

“There were times when my parents would say: ‘whoever takes the trash out first is our favorite’ – or something silly like that,” recalled Emily, the middle child. “And we would all run to do something we actually hated to do.”

The family has had some legendary marathon Monopoly sessions, as well as other board game battles like Scattergories, Imagine and Five Crowns.

“My family loves to play board games, and you can be sure that whoever wins is going to let everyone else know about it,” Emily added.

Whether it’s in the classroom or in athletics, Emily Supplee has an inner fire to succeed. A recent West Chester Rustin graduate, Supplee ran winter track for the Golden Knights, was a four-year starter in volleyball, and was a two-season standout in lacrosse, but her senior season was a casualty of COVID-19.

“Emily is what all coaches look for in a student-athlete,” said her lacrosse coach, Mike St. Clair. “She leads by example on the field and in the classroom. She goes about her work with 100-percent effort, and no complaints.”

Her older brother, Nick, played three sports (baseball, golf, tennis) at Rustin — younger sister Lauren played volleyball and lacrosse for the Knights last season as a freshman. It isn’t uncommon to see the trio in the backyard playing volleyball or spike ball, especially during the lockdown. And the odd number is just a minor annoyance: volleyball is 2-on-1 and the usual setup for spike ball (two teams of two) has been modified.

“There is always a competition going on in my house, and it can be over anything,” Supplee said. “I am very competitive because that’s how I grew up.”

She spent 10 years as a serious gymnast before giving it up for lacrosse and volleyball while attending Stetson Middle School. That was where she befriended lacrosse teammates Katie Stubits, Kate Riccutti, Kate Dougherty, Katie Slacta, and Grace Plona. They’ve stayed close ever since and missed their final high school season together.

“It is so devastating because it was so unexpected,” Supplee said. “We played one scrimmage (against Agnes Irwin) and didn’t know that it was going to be our final time together as a team.”

After sliding between the JV and varsity as a freshman, Supplee earned a starting spot at midfield as a sophomore. She then earned all-league honors as a junior after scoring 33 goals, dishing out 15 assists and adding 11 draw controls.

“We were all looking forward to (the 2020) season since we had such a great group seniors,” St. Clair said.

“We trained for so long, starting with winter workouts, and that’s what made it so tough,” Supplee added. “We went through our conditioning and running week before the preseason started. We put so much time and effort into it.

“So it was heartbreaking, to say the least. We had so much potential and the pieces were starting to fall into place. We had weapons at every grade, including the freshmen who we think are going to be great players. I thought we’d be one of the teams to beat, but we never got the chance.”

From the day that the season was cancelled, the six seniors have stayed in contact. According to Supplee, it’s a close circle of friends who know exactly how the others are feeling.

“We tell each other that there is nothing we can do about this,” she reported. “We try to motivate each other and make sure everybody is okay. This is obviously a very hard time.”

An excellent student, Supplee is headed to Penn State, where she plans to major in kinesiology in addition to playing club lacrosse and volleyball. She is envisioning a career in physical therapy or athletic training.

“Classwork has always been a priority for me,” she said. “I tried to challenge myself by taking advance placement classes all through high school.”