SENIOR WEEKS: Barthmaier did it all for Coatesville, from football field to baseball diamond 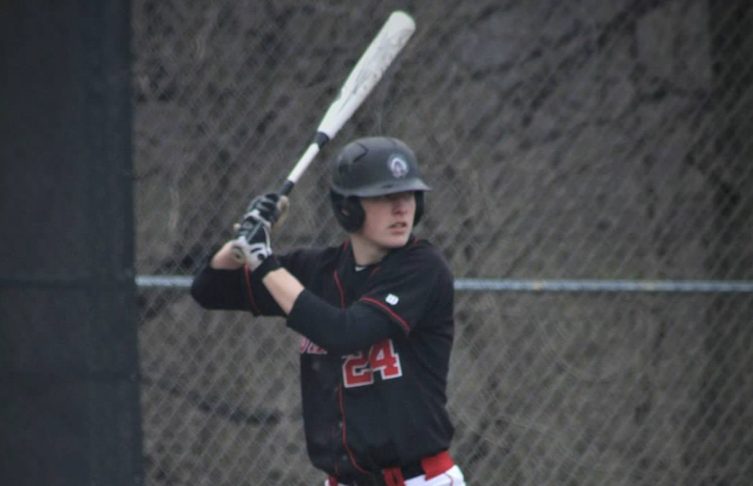 As this year’s graduating seniors have made their way through Coatesville Area Senior High School, the Red Raiders’ football team has seen an almost unprecedented level of success. District finals, state semifinals, and some of the top individual talents in the state.

On a nearby field, Hal Ziegler’s Coatesville baseball program has continued making its own storied history, thanks often to some of the same players who made their names on the football field.

One of those stars is senior Red Raider Connor Barthmaier, who — before the season was cancelled due to the COVID-19 pandemic — was pegged by Ziegler to be a key component in the 2020 edition of Coatesville’s vaunted lineup, while also contributing on the pitching mound. Barthmaier, a linebacker for Coatesville’s football team, talked about which traits helped him on the baseball diamond.

“The biggest thing football did for me was the strength factor from lifting,” Barthmaier said. “And also working out every day. Lifting all those weights helped me throw the ball harder.”

Barthmaier said he was continuing to work out when the baseball season was just delayed, but when the PIAA announced that spring sports were cancelled, it was a devastating blow.

“I was heartbroken to tell you the truth,” Barthmaier said. “I was really sad because when you are in ninth and 10th grade you really look forward to a special season when you are a senior. And to not have it happen was really devastating blow. We thought we had a real good team this year. It is really heartbreaking.”

Barthmaier will continue his academic and baseball career nearby at Alvernia University in Reading, and he is very excited about the next chapter of his life.

“Once I realized I was not going Division 1 or 2 I was looking for schools that fit me academically,” Barthmaier said. “I visited other schools but they did not feel like the right fit. Alvernia felt right to me. It felt like home. I am going to major in physical therapy and I am really excited to be going to Alvernia.”