SENIOR WEEKS: Umberger leaves his mark at Downingtown East before heading off to Virginia Tech 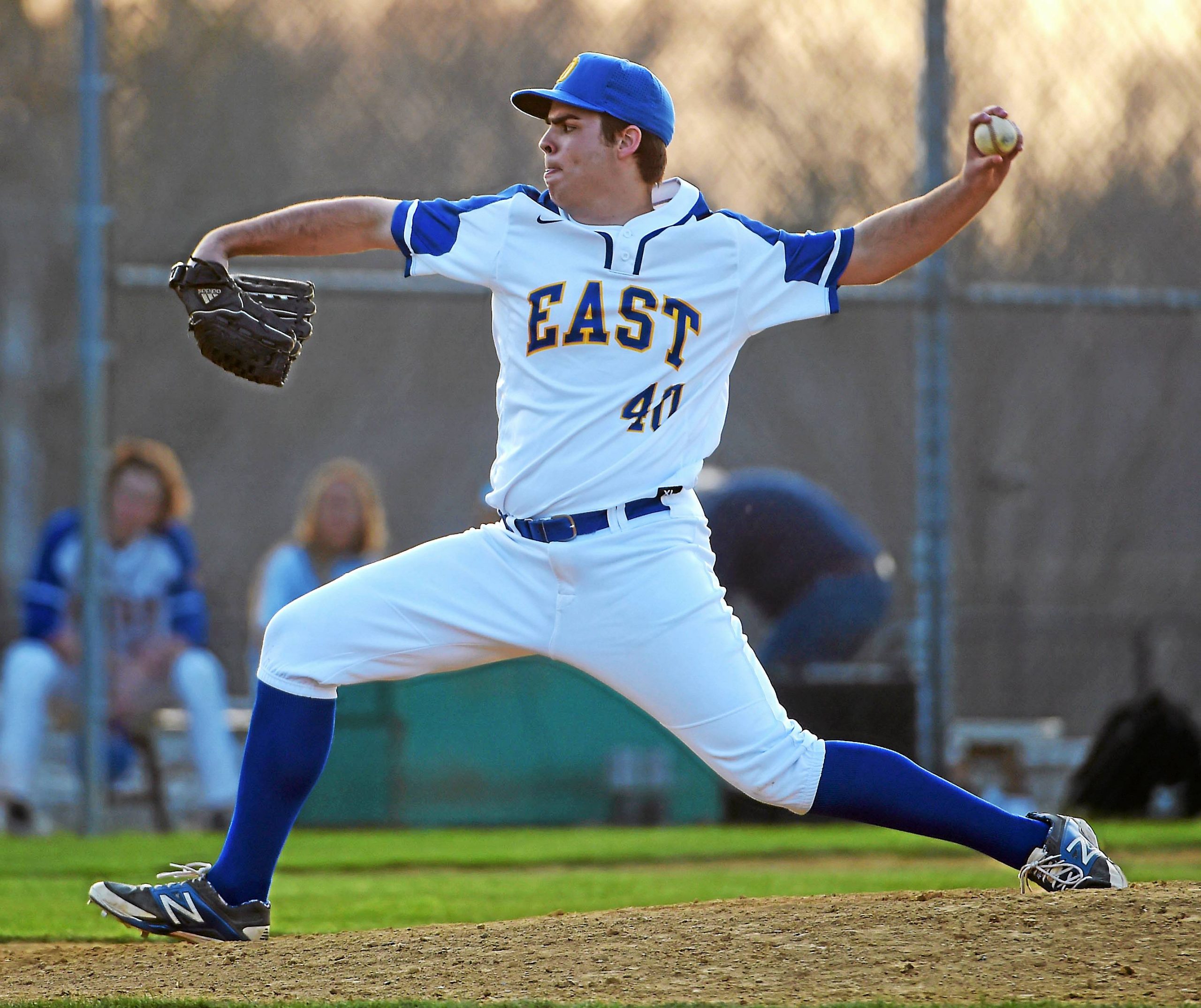 There may not be any Chester County spring sports team that had loftier goals this season than the Downingtown East baseball squad.

With three Division I pitchers in the rotation, the Cougars felt like they were on the cusp of something special. A District 1 title was hopefully in the cards, and even a PIAA championship was not out of the question.

So when the season vanished amid the COVID-19 pandemic in early April, it was especially painful for the Cougars and their trio of aces: David Ferguson, David Owsik and Virginia Tech commit Grant Umberger.

“I still was hoping for a season,” Umberger said. “There was talk that if we went back in May we could play on weekends to get the schedule in, but when it was officially over, I was very sad. And moreso for the guys who are not going to play college baseball. This was going to be their last season of varsity baseball and I was looking forward to us doing something special this season for the school.

“I think we were only going to have to score two or three runs a game with the deep pitching staff we had,” Umberger said. “And in the playoffs you only play two days a week and we had three quality pitchers. Not a lot of teams can say they have that kind of pitching. So, yes, it was a big disappointment when the season was cancelled.”

Umberger said his choice to play his collegiate baseball at Virginia Tech was an easy one.

“The campus is really beautiful and they said I would be a weekend pitcher as a freshman,” Umberger said. “And I could have went to a SEC school or a bigger ACC school. But I wanted to pitch right away and they said I will have the opportunity to do that right away.

“I will miss Downingtown East baseball and I think the one memory that will stand out is in my sophomore year, we were playing Avon Grove in the second round of the district playoffs and our pitcher gave up five runs in the second inning,” Umberger said. “They put me in right then and I pitched five and two thirds innings of shutout ball and we won the game in extra innings with a walk-off. And that put the school in the state tournament. That was a great memory.”