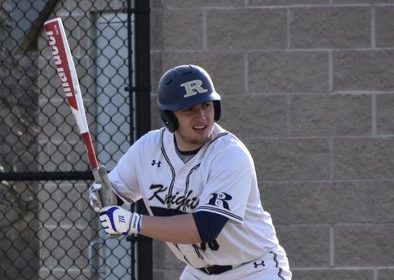 Long before the coronavirus pandemic ended the 2020 baseball season before it even started, West Chester Rustin’s Jason Thornton was already dealing with the pain and disappointment of a missed senior season.

Instead of burying his head in his hands, Thornton went to work to get ready for his senior baseball season.

And then that opportunity disappeared, as well.

“Jason is a great kid who lost his all-league football season with a blown ACL,” West Chester Rustin baseball coach Brad Harkins said. “He busted his butt rehabbing so he could get ready for baseball and he did just that and then the baseball season was lost.”

Thornton admits the strict rehab regimen was tough, but he said he really wanted to be ready for his senior baseball season, and that he put in a lot of extra work to attain that goal.

“I was a little lucky the injury happened early into year and it put me on track to be ready for baseball,” Thornton said. “I really worked hard at getting ready for baseball. It was going to be my last season playing sports so I really wanted to get back. I put in a lot extra work after my rehab time was up. Then, the season was lost and it was a really sad time for us seniors. We thought we would really have a good team this year and to have it cancelled … it was a pretty bitter pill to swallow.

Thornton will further his academic career next fall at the University of Delaware, where he plans major in business.

“Delaware is a real good school,” Thornton said. “I am going to major in business and focus on my studies. Delaware is perfect because it is close enough to West Chester to keep my friends and far enough away to meet new people and a new lifestyle.”