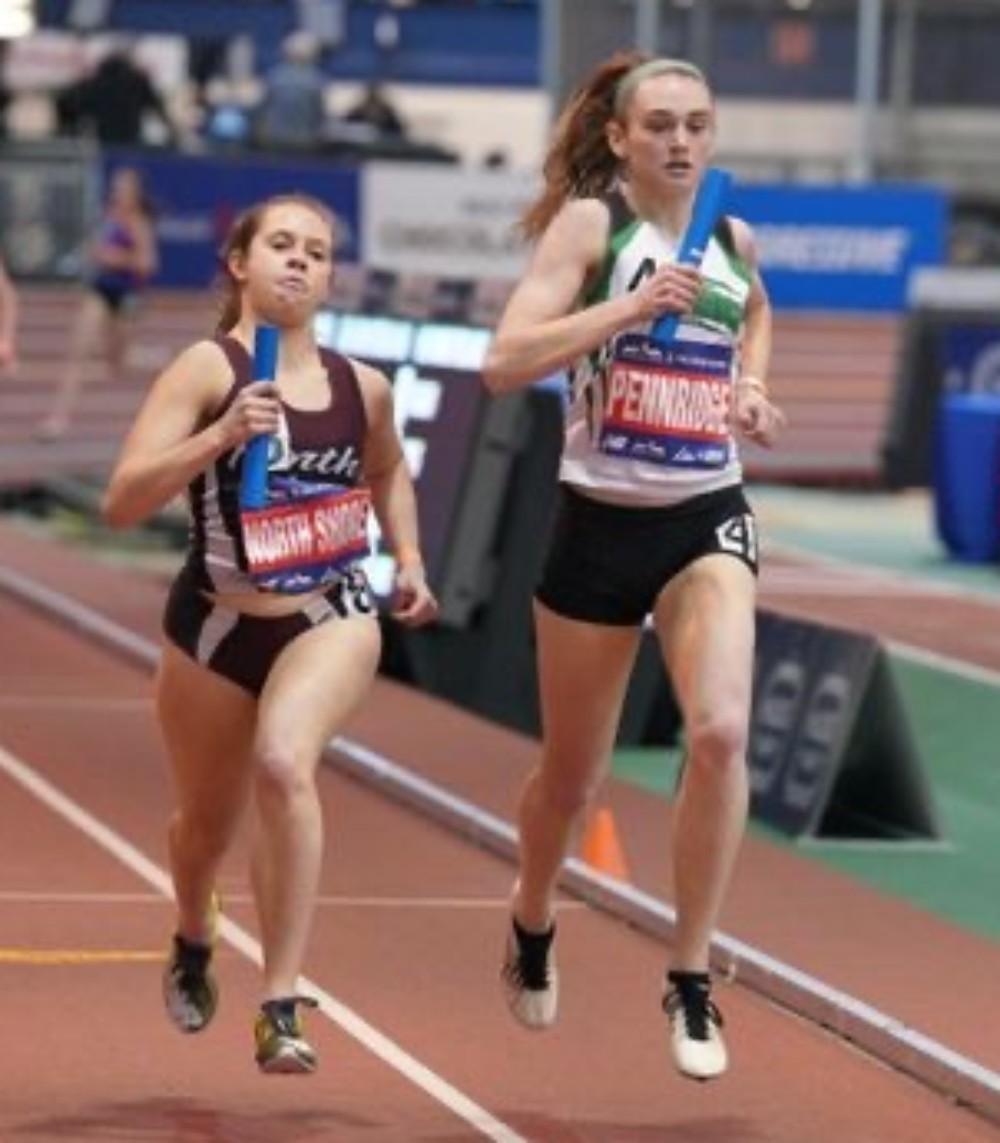 Meghan Kriney got a head start on the spring.

Competing indoors for the first time, the Pennridge senior wound up being the team’s Most Valuable Player during winter season.

She was a member of the 4×800-meter and Distance Medley relays which earned All-State Honorable Mention and was set to earn her fourth varsity letter outdoors.

A captain for the Rams, she was intent on making it back to states in both the 400 and 800.

“Pennridge athletics have been a huge part of my four years in high school,” said Kriney, who helped the Rams’ DMR set a school record indoors. “I have grown to love to represent my high school through sports and have the support of the community behind me.

“Girls track has never been the most popular sport at Pennridge but I am glad that I have been able to give it a new meaning and show the community what we can accomplish on the track.”

Springing forward >> The Rams had built up a heap of momentum heading outdoors.

“Coming into the spring season, I was really excited because we had just come out of a phenomenal winter,” Kriney said. “Our 4×800 relay had placed fourth at states and was expected to do well in the spring season as well as compete at New Balance Nationals. So one of my biggest goals was to see how far that relay could go and try to medal at outdoor states.

“I also was looking to get back into some of my individual events like the 400 to break my PR and get back to the state meet.”

Loving the sport >> Kriney enjoyed the rush of a big race.

“My favorite part of track and field is being able to compete alongside my friends and having people push me to get better every day,” she said. “Track has allowed me to set goals for myself and given me a sense of success when I reach those goals.

“And being able to do it with some of my best friends makes the whole experience so much greater. I also love the opportunities it has given me to compete in big meets and against some of the best athletes in the country.”

The shutdown kept runners from joining their teammates. But the memories are still there.

“This year was the first year I had competed in winter track. So to see my teammates every day since November and then not be able to see them since March has been hard,” Kriney said. “I was especially excited to begin this spring season with them knowing that this team was probably the most competitive and best girls track team to be at Pennridge in my four years.

“I was excited to see where we could go and what we could do with this group.”

Staying in the game >> During the down time, Kriney balanced her two sports.

“I had continued to train for a little bit after finding out about the shutdown but since hearing about our canceled season, I have mostly been focusing more on soccer training as I will be playing soccer at Florida Southern College in the fall,” she said. “I do stay on the track and like to keep in running shape but have incorporated a different kind of training into my routine.

“The shutdown has allowed me to focus a lot on my training for soccer and be able to get outside. I have been able to go for hikes and bike rides more, which are things I love to do but usually don’t have much time to do.”

Of all her track and field memories at Pennridge, the PIAA Championships has a special shine to it.

“My coach (Bill Smith) always said heading into states week that you should never get nervous because it is just a big celebration of everyone’s incredible seasons,” Kriney said. “And that is exactly what it is. Although it can be nerve racking at times, there is so much positive and competitive energy at these meets that it makes the experience something so special and fun for everyone.”