Senior Salutes: Penn Wood’s Samolu cooks up something special beyond the track 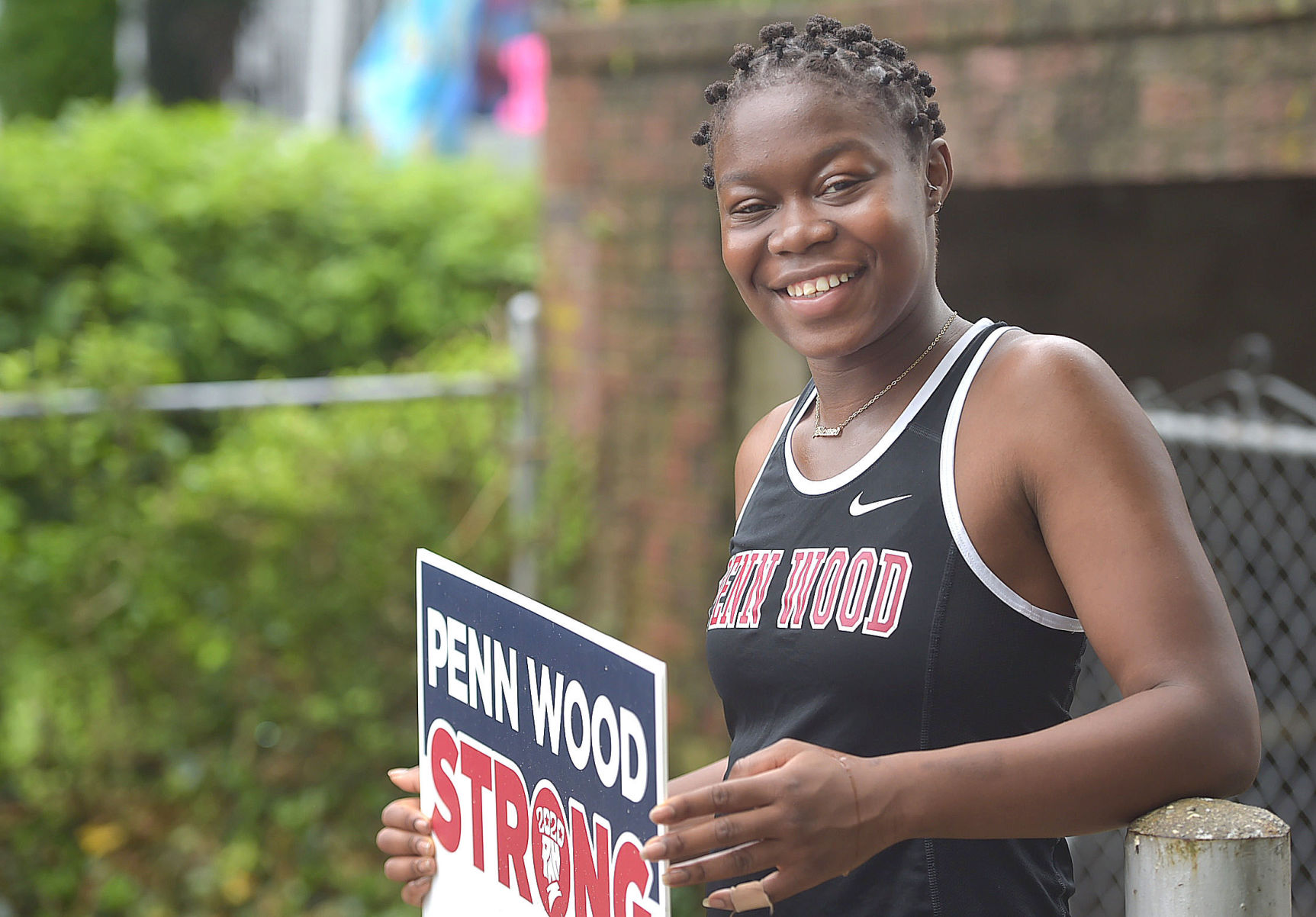 Despite a strong career on the track, Penn Wood's Lowoe Samolu prioritized academics in her college choice, opting for the culinary arts program at Johnson & Wales. (Pete Bannan/Digital First Media)

As a first-generation American, Penn Wood’s Lowoe Samolu has an intense desire to succeed in everything she does. It’s a trait she inherited from her parents, Lois Dahn and the late David Samolu, who made the difficult decision to move the family from their war-torn homeland of Liberia to the United States in 1999, and her stepfather, Daniel Doegan.

The youngest of five siblings, Samolu is the first member of her family born in this country.

“Understanding the price they had to pay to secure their children’s success and well-being is my foundation,” Samolu said. “That kind of gave me another level of appreciation on how hard I had to work, not only for myself, but my family, too.”

Samolu is passionate about everything she does. Take cooking, for example. Like a lot of people, Samolu developed a love of the culinary arts came by watching the Food Network. And it began at a young age.

Penn Wood’s Lowoe Samolu will pursue a career in culinary studies at Johnson & Wales next year. Since the Wildcats don’t have a track & field team, it means the end of athletic career, however. (Pete Bannan/Digital First Media)

She would watch shows on TV, then experiment with recipes in the kitchen of her family home in Yeadon. By the time she was in eighth grade, Samolu gained “little side jobs in restaurants,” as she put, which gave her access to kitchens where she could get up-close looks at the industry from behind the scenes.

“Having that first-hand experience put a fire in me,” Samolu said. “I started cooking for people and working in the restaurant industry and fueled my passion for the culinary arts.”

Around the same time, Samolu began to develop a similar desire for track, where she eventually became a key member of Penn Wood’s highly successful girls team. In her junior year, Samolu teamed with Elicia Moore, Nevaeh Davis and Breanna Lee to take second place in the 4 x 400-meter relay at the PIAA Class 3A championship.

Samolu’s track and culinary arts worlds collided when it came time for her to pick a college. She had to decide between going to a school where she can continue to run and pursue a career in the culinary arts, or give up track to chase her passion for cooking

Samolu had options to do both. She had offers to run track at Boston University, Johns Hopkins, Cornell and Northwestern. She also was accepted to Johnson & Wales in Providence, Rhode Island, which has one of the top 10 culinary schools in the country, according to BestSchools.com, but does not have varsity track & field.

“It was kind of a hard choice because I knew if I chose them, the ability to run wouldn’t be there,” Samolu said. “If I went to Boston University or one of the other schools I would have been able to run there.”

“I always asked myself during high school why I was running track when I knew I was going to choose a career in culinary arts,” she said. “But then I realized track and field made me develop so many more characteristics that you need to pursue your passions with more intentionality.”

Picking Johnson & Wales meant that the 2019-20 indoor season ended up being her last on the track, once the spring outdoor season was canceled by the coronavirus pandemic. She won the Delco indoor championship in the 55-meter dash and was 11th in the 200 at the indoor state championships.

“It was really disappointing because I knew that my outdoor season was going to be my best season ever, especially after last season when we ended it with getting a medal at the state championships in the 4 x 4,” she said. “I knew there were more expectations on us to exceed and having that taken away from us was definitely a bummer.”

Samolu credits much of her success on the track to the coaching of Penn Wood head coach Lenny Jordan and his assistant, Elmore Hunter.

“They’re like peanut butter and jelly,” Samolu said. “Hunter is not about the yelling, the intense motivation, the hardness. He’s all about the knowledge of the sport. Hunter’s all about showing you the things you can do to improve. Lenny is all about pulling the strength out of you and getting you to be the best that you can be.

“Hunter is calm. He talks to you. Lenny is a little more aggressive. He wants to see who you can be when you’re performing at your top level.”

That has never been a problem for Samolu. She always strives to be the best in everything she does. She also played soccer, was the class president as a freshman and sophomore, played the tuba and trombone in the marching, jazz and concert bands and participated in speech debate.

She was just as driven in the classroom. She took advanced placement psychology as a sophomore, AP English composition as a junior and AP calculus and literature as a senior.

“I’m a little surprised at the success I had in track because of all the other things that I’ve been involved with,” Samolu said. “Between September and June I spent more time at school than I did at home. Every day from my freshman year there was always something to do. When I decided not to participate in marching band, jazz band and concert band, I picked up work. I was always doing something.”

Those traits of hard work and dedication she picked up from her family.

“My mother is a strong motivation, but also my father, who passed in December of 2019,” Samolu said. “His contributions to his people to his death still resonate with me.”