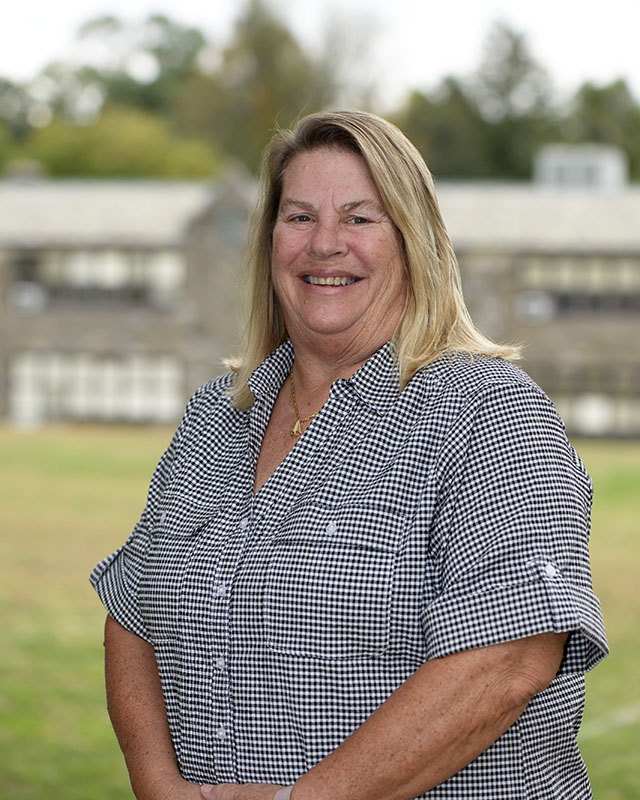 When Barbara Clarke started her career as Merion Mercy Academy athletic director in 1975, it was the beginning of a memorable 45-year journey.

Back then, the school included grades K-12, only offered three sports (field hockey, basketball and tennis), and was not a member of the PIAA. Clarke, who had played high school athletics only a few miles away at Holy Child School at Rosemont, was eager to get started.

“I was excited when they first interviewed me for the job, and really wanted the opportunity to teach at a Catholic school,” said Clarke. “I crossed my fingers and hoped I would be chosen, and 45 years later I still feel the same [excitement]!”

On June 5, Clarke retired from Merion Mercy after a memorable career that included many service awards and honors, including the State Award of Merit in 2014. Shannon Fisher has been appointed as Merion Mercy’s new athletic director effective July 1.

“I played field hockey and basketball in high school, as they were the only two sports we had – and I was very fond of our phys ed teacher and coach, Faith Bascome, and wanted to be like her,” said Clarke. “So I majored in phys ed and health in college, which was the standard program if you wanted to teach.”

Clarke was a three-sport athlete at Lynchburg College (field hockey, basketball and tennis) and was hired at Merion Mercy as a physical education teacher for grades K-12.

“I taught phys ed, and handled the entire athletic department – hiring coaches, scheduling games and officials, arranging for buses, so really I was doing an athletic director’s job, even though I didn’t have an AD title,” said Clarke. “After talking to other people and seeing that I was doing the same thing as AD’s at other schools, I asked to change my title to athletic director [a few years later] and continued teaching too.”

Not only was Nowlan coaching three sports, but she also was coaching both the high school varsity and junior varsity teams and the 5th-8th grade varsity and JV squads.

“That became too much [responsibility] for one person, so I took over the field hockey, basketball and softball teams for grades 5-8,” said Clarke.

MMA took another athletic step forward in 1994 when the Golden Bears joined the PIAA.

“Becoming part of the PIAA was great for the athletes and for the school,” said Clarke. “The athletes were able to step up and play with the best in the state; at the same time, the school was getting great exposure.”

Asked what she found most rewarding about being an athletic director, Clarke responded, “Winning is what all ADs want, but we also want more from our athletes. They learn many traits [through athletics] that they need in life – listening, teamwork, how to respond to winning and losing, dignity, persistence and never giving up, self-esteem and leadership – and this is who they become!”

When asked what she found to be the biggest challenge of being an AD, Clarke said, “One of the biggest challenges is also one of our greatest blessings–we have so many opportunities and programs that scheduling can be quite complex.  It’s a challenge to fit everything in, but, in the end, it speaks to the robustness of our programs.”

One of the many MMA athletic highlights during Clarke’s tenure as AD was when the Golden Bears captured the PIAA Class AA state girls’ basketball title in 1995.

“It was one heck of a journey,” said Clarke. “It was all brand-new to us so every game was a thrill. I remember after we won the state semifinal game, the parents were throwing Hershey kisses to the team on its way to the locker room. For the state championship game, the entire school closed down at noon to board buses to travel up to Hershey. It was electric inside that arena.”

Clarke is enjoying her retirement.

“Not having to leave the shore on August 15 like I have for the last 45 years will be nice,” said Clarke. “I plan to play more golf, travel to Florida to visit family, relax and chill out.”