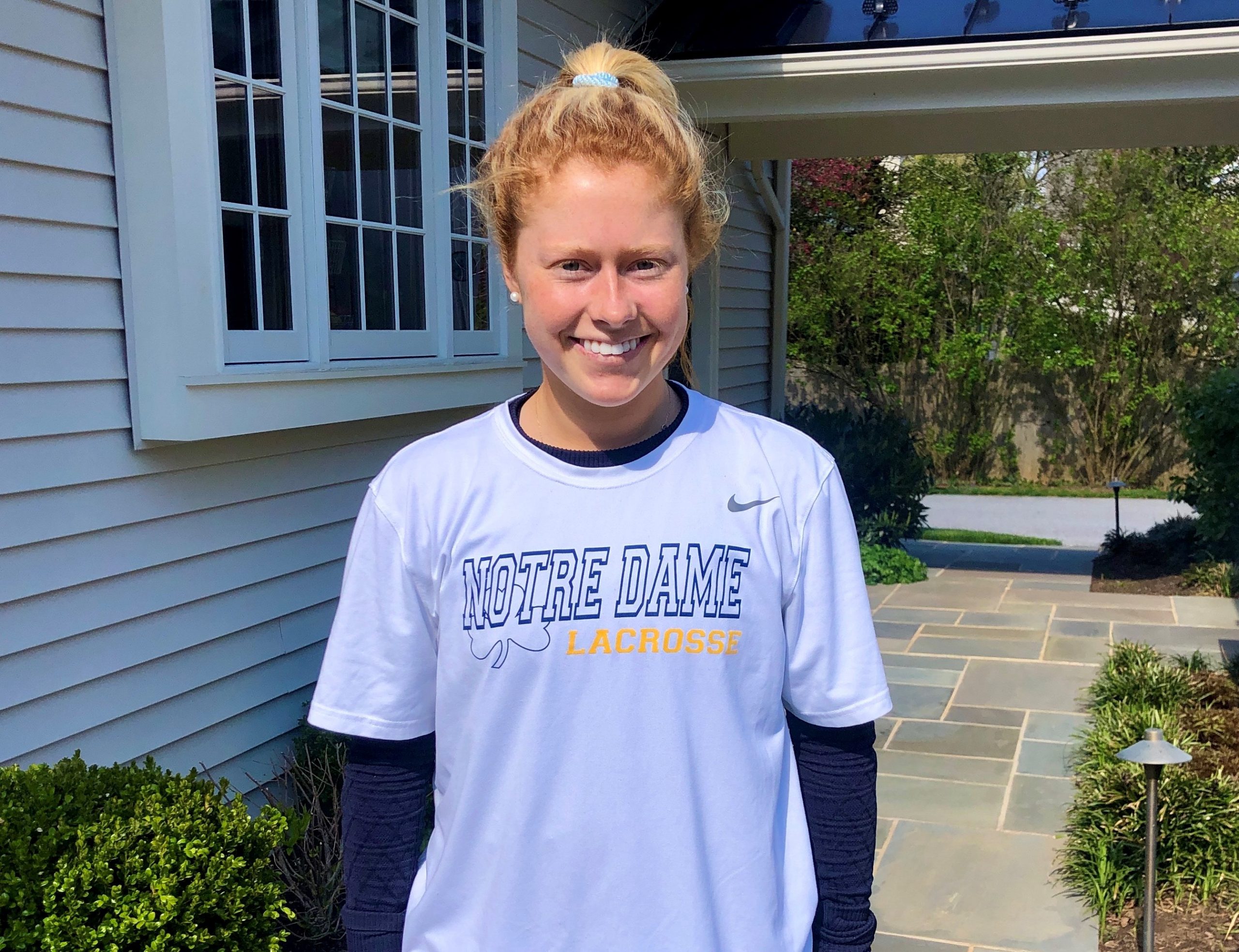 Notre Dame girls lacrosse captain Georgie Gorelick and her classmates missed out on the chance to build off of last year's PAISAA championship.

The last time Georgie Gorelick and her Academy of Notre Dame girls lacrosse teammates were on the field, things could scarcely have gone better.

It had the ingredients of a magic finish to last spring. The Irish, despite losing then leading scorer Hannah Gillespie to a knee injury seven games into the season, had rattled off eight straight victories. They had lost just three times in 20 outings, twice to Inter-Ac champion Episcopal Academy and once to Garnet Valley. With EA unable to compete in the Pennsylvania Independent Schools Athletic Association tournament, the door was open for the Irish to make history.

In Notre Dame’s third meeting of the season with Agnes Irwin, it did just that with a 12-10 win over its neighborhood rival AI.

The Irish were led by three goals and one assist from Gorelick in capturing the first PAISAA crown in program history. Gorelick hoped it would be just the beginning.

Sure, a talented senior class – Gillespie, All-Delcos Claire Gola (who scored five goals and two assists in the final) and Maggie O’Brien, and second-teamer Belle McHugh – had graduated. But the class of 2020 featured eight returning contributors, including the top two scorers from a season ago, Gorelick (67 goals and 10 assists) and Mikayla Dever (46 and 41).

Seeing that promise evaporate in the face of the coronavirus-fueled cancellation of the season stung.

“We were the first team and group of girls, including the girls last year, to win the PAISAA championship,” Gorelick said last week. “And it stinks that there’s a lot of what-ifs now. What if this didn’t happen, then where would we be? I think there’s always going to be that thought in our head, like what if our season wasn’t canceled?”

Last year’s championship, the capstone for an 18-3 team, unlocked a new achievement for a program that has long been strong, though perhaps not to the level of league rivals Episcopal and Agnes Irwin. Notre Dame’s schedule is usually daunting, including an out-of-state trip (last year’s featured a win over Maryland power Holton Arms) and inviting challenges from PIAA powers, such as 2019 Class 3A state runner-up Manheim Township.

But with a PAISAA title, Notre Dame had added local juggernauts like Conestoga and Radnor to the slate this year, something Gorelick was thrilled about.

“I think we were all so excited,” she said. “… We were just excited to play the best teams around to get better and have those really fun games.”

The lost year accompanies a transition of coaches. Xan Zimatore, now ND’s assistant athletic director, handed the reins over to Austin Brown, who comes to Notre Dame after two seasons as an assistant at Wingate University. Instead of being the first team to play under Brown, Gorelick and her classmates have to settle for a more distant relationship.

“We were all kind of bummed but we were also blessed to have her,” Gorelick said. “I think she’s a really great coach, and we were all looking forward to seeing what this season would be like with her. And I think we were all really, really excited. And it kind of stinks that we never got to play under her.”

Gorelick, a co-captain with Morgan O’Brien this spring, led the team’s winter preparation. The closeness of the team made getting ready for the season easy, but has made the separation more difficult. The Johns Hopkins signee has been left to work out on her own, from long-distance runs in her neighborhood to individual stick drills.

When the pandemic closures started, Gorelick had hoped it would be temporary. That hope soon vanished.

“I think it was a really good group,” she said. “Us seniors, we are all really close and really good friends off the field, so all winter and fall, we were looking forward to the spring. And when it happened and we were told we couldn’t play for two weeks, we all thought it was just two weeks. We were like, ‘OK, it’s just two weeks, we’ll be back.’

The Irish have gotten by as much as possible. They are able to connect for workouts remotely and held a senior day celebration via Zoom. Like so many other seniors, Gorelick has had to recalibrate the expectations. And that means accepting last year’s conclusion with a certain level of retrospective closure.

“It is what it is and we have to do our best to think positively,” she said. “And I think we ended on a good note. Our last game of high school, we were the PAISAA champions, so that’s some sense of closure to the whole thing.”