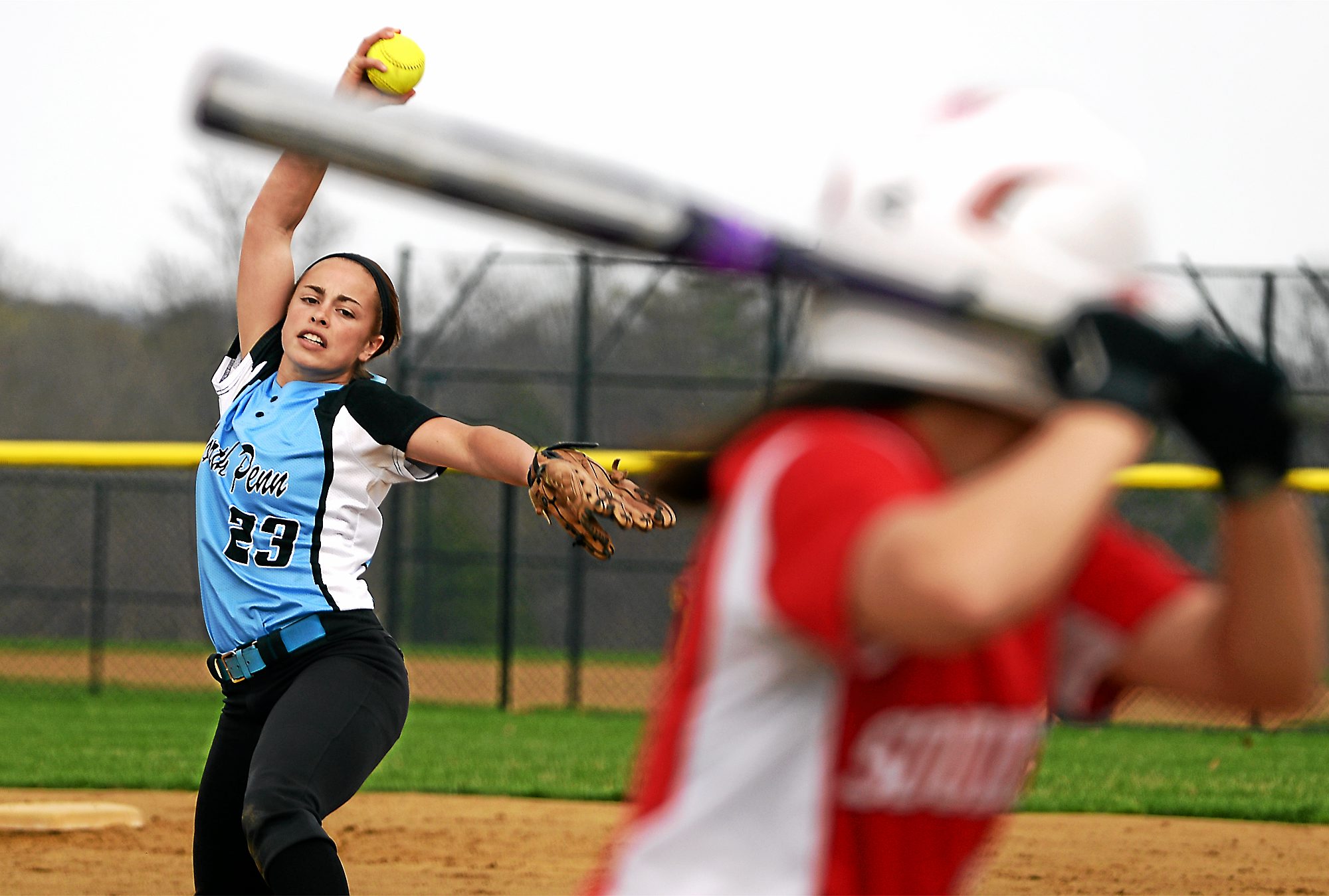 The last decade of softball in the Reporter/Times Herald/Montgomery Media area saw state and district champions, record-setting careers and a high number of players move on to the college level.

Trying to whittle that down to pick a singular player of the decade is not an easy task. Accomplishments of players early in the decade sometimes get forgotten or looked over while current players may not have written their best chapters yet. Weighing team and individual accolades equally is important, as is the number of seasons a player was able to make those type of marks on their team.

Many excellent candidates emerged, including North Penn’s Jackie Bilotti, who melded team and personal success together over a record-making four year span with the Knights.

“There’s so many things she’s done as an individual and a lot of times when she’s done those things, it just looks so natural,” North Penn coach Rick Torresani said of Bilotti in 2015. “You watch it, sit back and think it’s nothing big but when you think about it, you have to go ‘Wow.’ She’s just an unbelievable person and player.”

A two-time area Player of the Year, Bilotti left North Penn as the record holder in career pitching wins (68), single season wins (19), career ERA (1.78) and single-season ERA (1.12). Equally impressive, her .402 batting average was the career record when she graduated and as a senior, Bilotti led the Knights with a .438 average that included 16 RBIs and five home runs.

Her career at North Penn started on JV, not a surprising place for many freshmen to begin but it would soon take a different path. A mid-season injury meant Bilotti got the call-up to varsity and the starting nod in the pitching circle and she responded by helping the Knights win the 2012 District 1-4A title.

While it didn’t start well, Bilotti’s sophomore season turned out to be one of the best in North Penn’s history. Due to the girls basketball team’s deep run in state tournament, Bilotti got a late start on softball and started 2-4 in the circle.

North Penn’s Jackie Bilotti pitches against Hatboro-Horsham during their game on May 13, 2015. (Bob Raines/MediaNews Group File)

“The thing that always stuck with me from playing at North Penn was the grit our team had,” Bilotti said last month discussing the 2013 season. “Every year we had a goal to be better than the year before.”

Qualifying for the state tournament out of District 1 in 4A was not an easy task in the first half of the decade with just four possible bids and a wealth of talented teams across the area and the entire district. In Bilotti’s tenure, the Knights made it three times including her junior season where the pitcher compiled a 15-7 record and hit .430 with 26 RBIs and 20 runs scored.

The only thing that kept the Knights out of states in 2015 was a 2-1 loss in a district quarterfinal matchup with Avon Grove and their star pitcher Maggie Balint, a three-time Gatorade State Player of the Year who signed with Oregon. Bilotti, who planned on playing the field in college, went nearly pitch-for-pitch with a future Women’s College World Series performer in Balint.

“I’m not the biggest player, probably not even close or the fastest player or the strongest batter,” Bilotti said in 2015. “The strength part of it is really important for me to get as strong as I can be and to also be mentally tough, knowing pitch selection and taking care of that aspect of the game instead of blowing batters away because I know I’m not going to do that.”

In four years at North Penn, Bilotti struck out a total of seven times and was an excellent fielder. During the Carpenter Cup following her junior season, Bilotti hit 12-of-21 at the tournament and showed a similar smooth defensive ability at third base and shortstop.

After leaving North Penn, Bilotti went on to another record-setting career at Arcadia that included consecutive MAC Commonwealth Player of the Year selections as a sophomore, junior and senior. While she didn’t pitch for the Knights, Bilotti was a four-year stalwart at shortstop and second team Division III All-American in her senior year.

After graduating from Arcadia as the program’s all-time leader in hits (235) and steals (78), Bilotti was set to join the team as an assistant coach this spring before the season was cancelled.

“I’ll always say that at North Penn, having that (SOL Continental) conference and district to play in is going to help in the postseason and I said that through college too,” Bilotti said a few weeks ago. “Having those pitchers against us who were so talented set us up for success in the postseason because we were used to facing good pitchers and prepared for good hitters and we could continue learning from those other teams.”