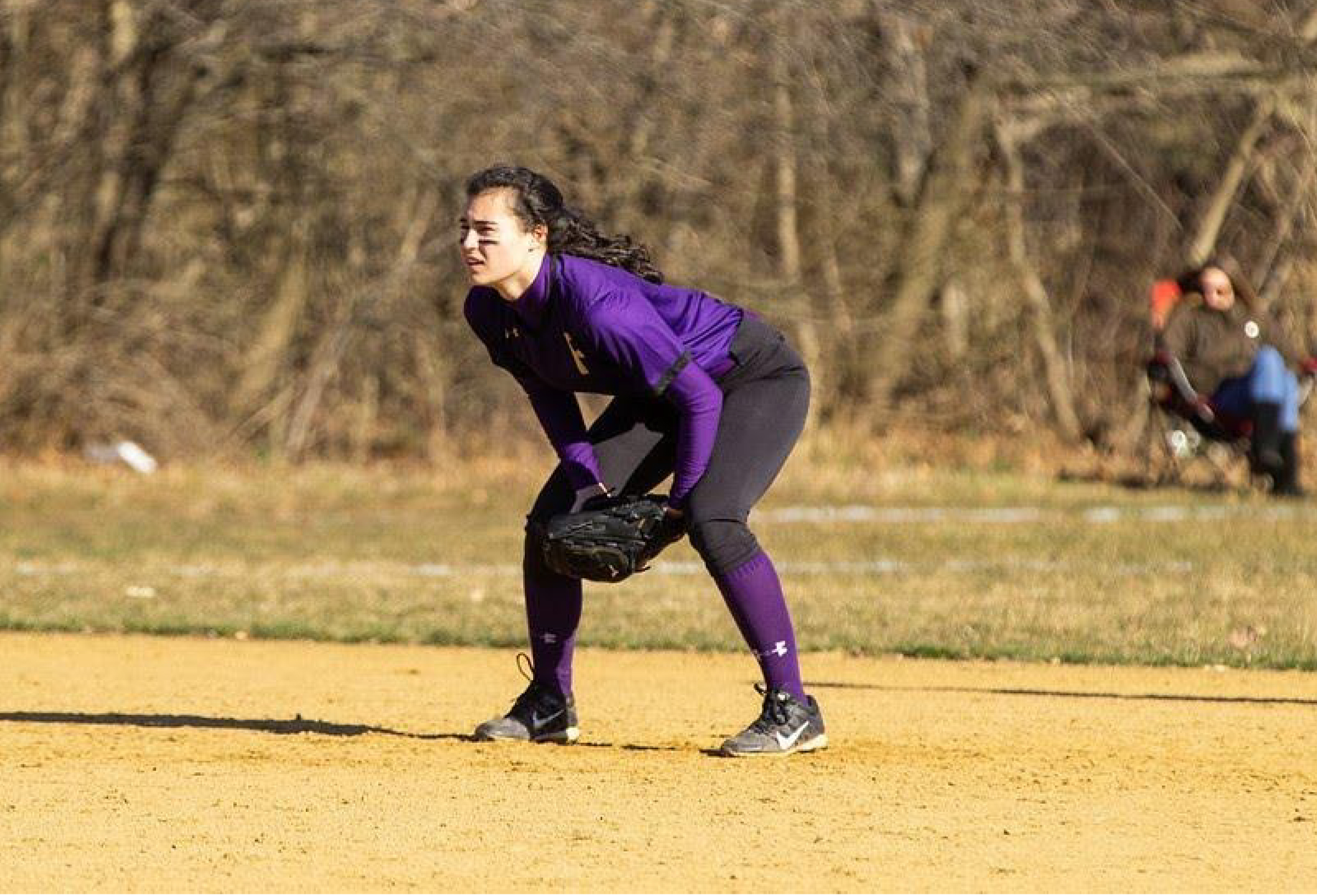 Abbey Glavin said she was primarily a soccer player before starting her athletic career at Perkiomen School.

Sure, she played tee-ball growing up and even played some CYO hoops. But Glavin’s athletic focus did not go much beyond the soccer field until starting to play for the Panthers in eighth grade.

Glavin was on the Perkiomen varsity girls soccer team as an eighth grader, then played softball for the first time in many years the following spring. She added basketball to her resume’ as a freshman.

“Sports have always been a huge part of my life,” Glavin said. “I’ve been playing soccer since I was little. Playing club teams, traveling all around for different tournaments and stuff like that. When I got to Perk, I was definitely super excited that I was able to play more than one sport just because I’ve learned so many different lessons through playing soccer that it was just awesome that I was able to open it up to two different teams.”

Glavin was a standout in all three sports for the Panthers. The Perkiomen School senior was prepped to set a school record with 14 varsity letters before the Panthers’ 2020 softball season was cancelled due to the COVID-19 pandemic.

“Not only was she playing all these sports, she was pretty good compared to the rest of the league in all of them,” Perkiomen School softball coach Justin Sell said.

Glavin’s brother, Sam, played for the Perkiomen School baseball team before graduating in 2018 and playing at Dickinson College. Listening to her brother and father discuss baseball was part of the reason she came out for the Panthers’ softball team in eighth grade.

Though her softball knowledge and experience were limited at the start, Glavin was a five-year starter at shortstop for Perkiomen School.

“When I first started playing, I had only played t-ball when I was little. I really didn’t know all the rules really or anything like that,” Glavin said. “It was definitely a big learning curve, but I had awesome coaches and I have awesome coaches now, and they helped me develop into a better player.”

“Softball came easy,” she added. “Basketball was a little different. I definitely had a little bit more trouble picking that up. It’s just kind of helpful playing different sports all around just kind of helps you improve in the next sport.”

Glavin was a leader in all three athletic programs at Perkiomen School. She was a team captain for the soccer and basketball teams during her sophomore, junior and senior seasons.

During Sell’s first year coaching the Panthers’ softball team in 2019, Glavin was the clear choice for captain. He leaned on Glavin to lead the Panthers and the two often had discussions about what was best for the team. It was a role she was set to have once again this spring.

“With the last year being my first year, going into it I looked to the leadership from the year before to kind of go over what the team had been doing,” Sell said. “She was a junior last year obviously, but she became the leader right away. … The other girls really respected her and she worked hard. She led by example, but she would also talk to the girls and get them motivated. She was the one to lead all our chants and cheers.”

A specific example of Glavin stepping up for the team came last spring, when the Panthers were without their typical catcher for a game.

Glavin had never played the position before but volunteered to fill in and Sell said she did pretty well. Glavin was set to see some innings behind the plate once again in 2020 when needed.

“I kind of grew up along the lines that wherever coach needs you that’s where you play, and he needed somebody to play catcher,” Glavin said.

“She just wanted to do whatever the team needed,” Sell added.

Glavin’s grandfather went to and taught at West Point. Hearing about his stories and military experiences is a big reason why she is set to participate in the ROTC program when she gets to James Madison University.

She was thankful of the leadership opportunities she was able to pursue at Perkiomen School to prepare her for ROTC, adding that her experiences in her three sports also make her feel ready both physically and mentally.

“Being a captain is probably one of the things that will probably translate over the most,” Glavin said. “Working with and leading with a team instead of kind of being in charge of them is something that’s really important to the military as well.”

Glavin said she will also try out for the club soccer team at James Madison, but ROTC is the new, ‘No. 1 sport’ for the Panthers’ three-sport athlete.

“I’m super excited to see what it’s like,” Glavin said. “I’ve never participated in any military type of experiences yet, but it’s something I’ve been looking forward to ever since I was an eighth grader, ever since I was a freshman. It’s very rewarding to see that I’ve worked pretty hard to get to where I am now and next year all that stuff is finally going to be happening.”