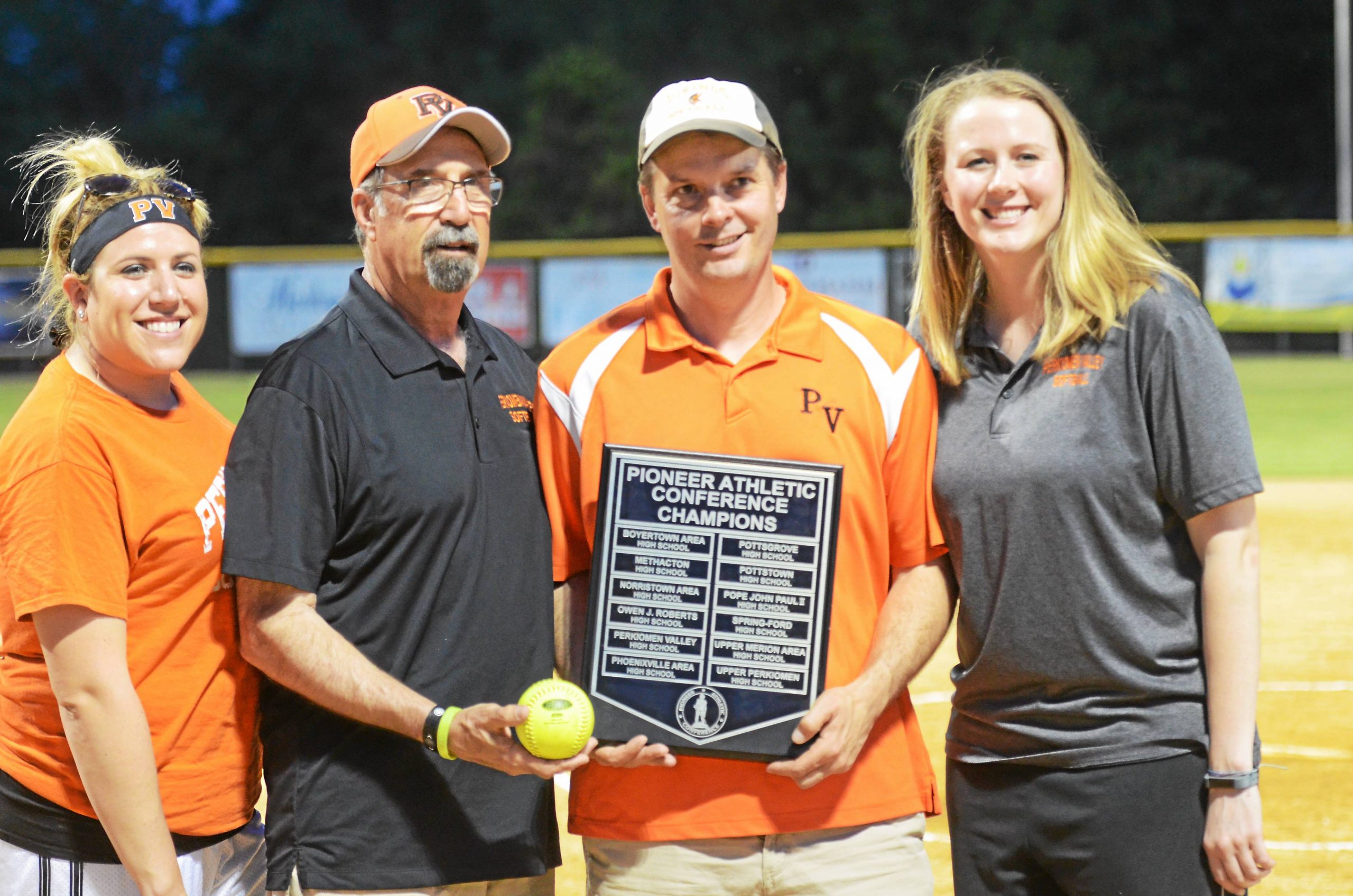 His name is right up there on the list of notable Phoenixville personalities.

A significant part of Joe Bogus’ personal, academic and athletic lives played out in the Schuylkill River community and Phoenixville High School. Native and longtime resident, Phantom alumnus, educator and guidance counselor, coach of scholastic and community athletic programs … those were among the roles Bogus assumed in the course of a lifetime that sadly ended this week.

The 69-year-old Bogus died Tuesday at Paoli Hospital. As word of his passing spread, the responses of coaches and other acquaintances spoke volumes about the esteem in which he was held — esteem built on a foundation of hard work and interest in the athletes whose lives he impacted.

“Passion,” was the key word Spring-Ford field hockey coach Jennie (Moore) Anderson, a former softball player and assistant coach for Bogus, used to describe her mentor. “He gave everything he had and got the most out of his players.

“He had a big impact in the community and the classroom.”

Bogus’ coaching career, spanning more than a half-century and encompassing such sports as football, basketball, baseball and softball, included stints at such school districts as Perkiomen Valley, Great Valley and Conestoga. Most recently, he headed the PV softball program, a position he assumed in 2018.

“Joe Bogus was a good man,” Larry Glanski, Perk Valley’s athletic director, said. “He was a pleasure to know and work with. Our players respected him and loved playing for him. Joe had a positive impact on the players he coached and everyone he worked with throughout his entire career.

“He will be missed.”

A post on the Perk Valley Sports Twitter feed praised Bogus as “a wonderful coach and extraordinarily kind man. He was good for and with our students. We are heartbroken to have lost him.

Bogus’ imprint on sports in the Phoenixville community was even more prominent. The 1968 Phoenixville High graduate coached football, baseball and softball at his alma mater, as well as basketball at Phoenixville Middle School.

Additionally, he was a football coach at Great Valley and Conestoga in his time.

Anderson, herself a 2005 Phoenixville grad and star multi-sport athlete, remembered Bogus for his positive influence on the school’s softball fortunes.

“He stressed the fundamentals and impacted how we performed day in and out,” she said. “He made a point to go back and watch the games of players who graduated.”

Anderson recalled how Bogus got her started on her coaching career following her 2009 graduation from Ursinus College, where she played field hockey and softball.

“He contacted me after graduation, once I had finished my student teaching, looking for an assistant,” she said. “The passion was still there. Obviously, his passion for the game didn’t compare with anyone.” Out in the community, Bogus was involved with the Phoenixville Babe Ruth League and American Legion baseball franchise. He served as manager of the Orioles team and coached the league’s All-Stars, interfacing with such future pro ballplayers as Mike Piazza (Los Angeles Dodgers, New York Mets) and Creighton Gubanich (Boston Red Sox).

A cousin of coaching legend John “Doc” Kennedy, Bogus was an assistant to Kennedy in Legion ball at Phoenixville.

Bogus was held in equally high esteem by longtime high-school softball coaches against whom he faced off over the years.

“Joe loved coaching,” Cathy Miller, who’s logged close to 40 seasons at Methacton, said. “We would joke at the start of every season about he and I still being around, but we always came to the same conclusion that it’s where we wanted to be in the spring … on the field with the kids.

“Through the years, we had some tough games with his teams at Phoenixville, and then at Perkiomen Valley,” she added. “He was a fierce competitor, and while I think that he mellowed a bit the last few years, I always knew that we would need to bring our ‘A’ game whenever we played his team.”

Tim Hughes, head coach of Spring-Ford softball for more than 20 years, recalled meeting Bogus during a Phoenixville/Pottsgrove football game in 1989. He spoke of Bogus’ coaching persona in glowing terms.

“His passion and knowledge for the game was apparent,” Hughes said. “Spending the last 2-1/2 decades battling on the softball field, it was always a challenge as you knew you were going to see a well-coached and prepared team.

“I can’t give an exact number but, I guarantee the list of individuals he’s influenced over the years is a lengthy one. The amount of students/players he’s reached in some way, is as many as any coach in this area.”

The 2019 softball season ended up being Bogus’ final one at the helm of Perk Valley, the 2020 campaign cancelled by the COVID-19 pandemic. In that one, the Vikings went 10-6 in Pioneer Athletic Conference play (13-8 overall) and 1-1 in the District 1-6A playoffs.

Seeded 23rd in its bracket, PV upset 10th-seeded Hatboro-Horsham in the opening round. Its season ended with a 5-2 loss to Haverford High in the second round.

“This was tragic, not only for the family but, the entire Pac-10 community,” Hughes said of Bogus’ passing. “This entire area will miss him.”

“I had most personal work dealings with him when he served as head coach of Phoenixville girls softball,” Sankey recalled. “He kept good records and detailed statistics.”

Anderson recalled the level of influence Bogus had in her coaching pursuits, which saw her take over the Phoenixville program from him in 2014.

“I talked with him about it. He had a huge impact on my coaching career,” she said.

Bogus had a unique inverse coaching relationship with Dan McLaughlin over the past decade. McLaughlin served as Bogus’ assistant coach at Phoenixville prior to taking over at Perkiomen Valley in 2009. Joe came over to PV to assist McLaughlin after stepping away from the Phoenixville post in 2013, ultimately replacing him with the Vikings.

Bogus went on to attend Kutztown University, graduating in 1972, and Villanova University to obtain a Master’s degree in Counseling. He returned to Phoenixville High to spend 30 years as a social studies teacher and guidance counselor, retiring in 2007.