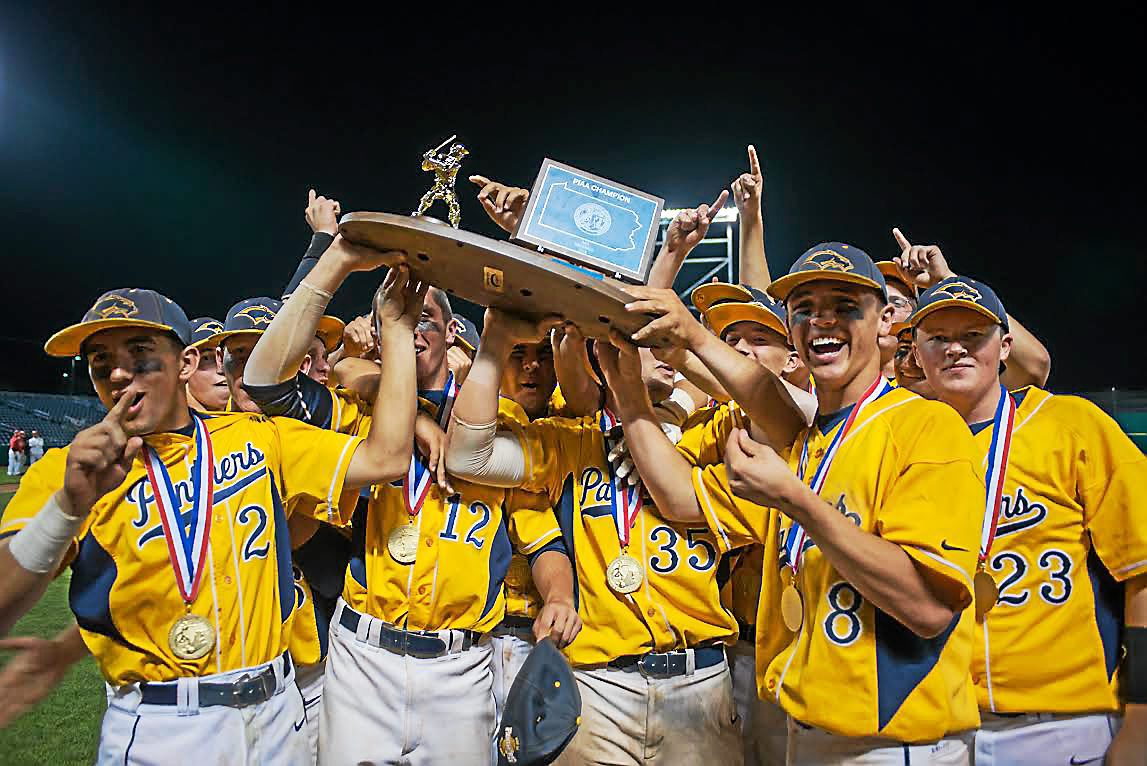 The matchup between the 2014 Methacton and Pope John Paul II baseball teams was just as tight as the PAC championship game they played that season. But this time the result was different.

In the contest that had the most votes and tightest margin so far in The Reporter/Times Herald/Montgomery Media Baseball Team of the Decade Tournament, No. 7 seed ’14 Pope John Paul II edged out the No. 14 Warriors, earning a showdown with 2010 Germantown Academy in the final.

With victories by ’14 Pope John Paul II and No. 1 seed ’10 GA, the tournament’s title game could be renamed the John Duffy Classic as Duffy was head coach for both teams in those years. Duffy coached at GA from 2008-2010 and PJP II for the 2014 season.

Germantown Academy was the lone top-four seed to reach the semifinals and did not have to sweat out an upset from No. 5 2013 North Penn as the Patriots – in a poll that totaled 1,117 votes – got past the PIAA Class 4A champ Knights 62.4% to 37.6%.

Voting to determine the top squad of the 2010s between 2010 Germantown Academy and 2014 Pope John Paul II begins Monday with the poll on The Reporter Sports Twitter account (www.twitter.com/reportersports).

Methacton and PJP II met three times in 2014, the Pioneer Athletic Conference rivals each earning a win in their two regular-season games  – the Warriors victorious 11-7 March 24, the Golden Panthers winning their April 14 matchup 6-4 – while in their third contest Methacton beat Pope John Paul 1-0 in the PAC championship May 14.

The conference title game’s only run came top of the seventh inning, the Warriors’ Kyle Lowery called safe on a close force play at the plate after Patrick O’Neill’s infield grounder with one out and the bases loaded.

The one run was all John Wiedmayer needed as the Methacton right-hander tossed a complete-game, two-hit shutout, striking out 10. Meanwhile, PJP II’s four pitchers in the contest – starter Trevor O’Brien, Vinnie Togno, Dan Zurowski and Kevin Shields – combined to hold the Warriors to just three hits.

The defeat was the last of the season for the ’14 Golden Panthers, who won their final seven games in the district and state Class AAA tournaments to finish 23-5 overall and claim Pope John Paul II’s first-ever PIAA title.

Seeded fourth in the District 1 playoffs, PJP II topped No. 5 Upper Moreland 8-3 in the quarterfinals then in the semis knocked off top seed and defending district champ Holy Ghost Prep 3-1 – Billy Hitman driving in all three runs as the Golden Panthers clinched a PIAA berth.

Pope John Paul II won the District 1-3A crown with a 3-2 victory over sixth-seed Harriton, scoring all three runs in the top of the second. Josh Lafferty earned his third district victory pitching 5 1/3 innings while Zurowski went the last 1 2/3 innings for the save.

The Panthers faced Harriton again in the state final after getting strong pitching in the first three rounds of the PIAA tournament. PJP II beat West Perry 3-1 in the first round, Northeastern 4-1 in the quarters while Lafferty and Zurowski combined to shut out Tamaqua 1-0 in the semis.

In the PIAA title game, Pope John Paul II again beat Harriton, this time by a 4-2 scoreline. The Golden Panthers broke a 2-2 tie with two runs in the bottom of the sixth – Luke DeLeo plating the first with an RBI triple then scoring after an error on the play.

John Citrone hit two home runs in the victory over GFS while Sean Coyle – the 2010 PA Gatorade Player of the Year – collected a double and a triple as the Patriots finished the tournament outscoring their four opponents 52-5. Coyle also belted a homer in GA’s 13-1 victory over Mercersburg Academy in the semifinals.

Germantown Academy ended the year 29-3 (8-2 in the inter-Ac League), winning a second PAISAA crown in three seasons and finished nationally ranked eight by Collegiate Baseball Newspaper and 18th in the Maxpreps Xcellent 25.