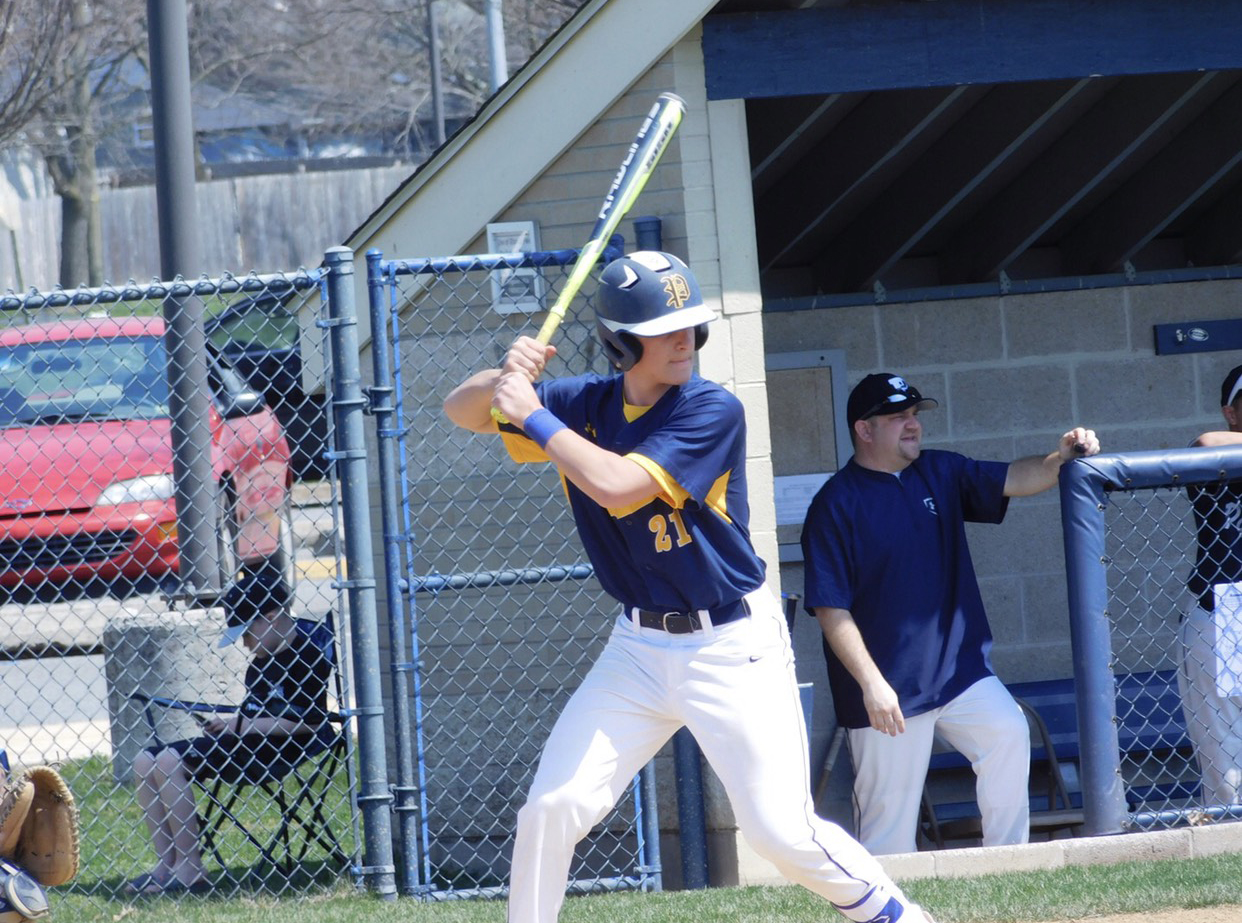 He’s looking at the unique circumstance of being a “hero” two times over.

Zach Szpindor will be in that situation upon his graduation from Pope John Paul II this year. His post-high school life calls for him to enlist in the United States Army and pursue training as a firefighter after that.

A combat engineer and first responder … a double dose of “hero” status, and twice the thanks from a grateful public for his service.

“I know he’ll do well at whatever he does,” Zach’s baseball head coach, Charles Deluzio, said. “He was going to be one of my (four) co-captains this spring.”

Szpindor will start his military career Aug. 31 by reporting to Fort Leonard Wood, Mo., for basic combat and advanced individual training in the Army’s Corps of Engineers. He has committed to a six-year enlistment and will join his Pa. Army National Guard unit, based on the grounds of the Southeastern Veterans Center, around the Christmas time period.

“I wasn’t looking at first to serve,” Zach, whose two grandfathers were military veterans, said. “I was looking into colleges and baseball. But the Army came to our school … and in February I decided to do it.”

Szpindor’s desire to become a firefighter was influenced by the service of an uncle who holds the rank of lieutenant in the New York City Fire Department. He has been classified for little more than one year as a junior firefighter, which has him operating in various support capacities.

He’s looking to attend the Career Academy in Harrisburg, a 14-week program that will earn him his Firefighter 1 and 2 and EMT (Emergency Medical Technician) classifications.

Ultimately, he wants to train to be qualified to serve on fire departments in major cities like Reading, Harrisburg and Philadelphia.

Those vocational pursuits won out over going to college. Szpindor had checked out such schools as Montgomery County Community College, and Clarion and Shippensburg universities.

Both jobs offer opportunities for advancement into leadership positions, and Szpindor has demonstrated the potential to assume such roles.

With the PJP baseball program, Szpindor impressed Deluzio by taking the lead in off-season workouts.

“Right away, he did that with the younger guys,” Deluzio recalled. “He connected with the kids. He’s a vocal kid, well-liked on the team.”

“To the younger guys, having played baseball four years, I showed how things need to be done,” Szpindor added. “Last year, I was doing what these guys are doing now.”

Coming into the 2020 season, he worked toward the roles of playing catcher and some first base. That’s where he stood when the spring athletic season, and 2019-20 school year, were both suspended in mid-March by the COVID-19 pandemic.

“I laid it out front to him,” Deluzio said. “He took the bull by the horns.

“He knows how to call a game. He’s a smart player who observes the game and sees what’s going on.”

Szpindor also was part of the school football team’s success this fall. He was a kicker for the Golden Panthers, who swept the Pioneer Athletic Conference’s Frontier Division and were the District 1-3A champion.

His time training for high school sports has helped Szpindor achieve a level of fitness necessary to deal with the physical aspects of being a soldier and firefighter.

It forges a stronger connection with siblings who have been active in sports.

His older brother, Alexander, was a member of the PJP baseball team that finished as state champion in 2014 prior to him playing four years at the University of the Sciences. Sister Alexandra — a 2018 Pope John Paul graduate — achieved softball success at Penn State University’s Brandywine Campus prior to continuation of her career at State College.

“I had cousins tell me that, when I get out of the service, to stay with the games I love,” Szpindor said.

All-Pioneer Athletic Conference 2020 Spring Academic and Citizen Awards
SENIOR WEEKS: Malvern Prep’s Wade was prepared to lead what may have been the best team in Pennsylvania