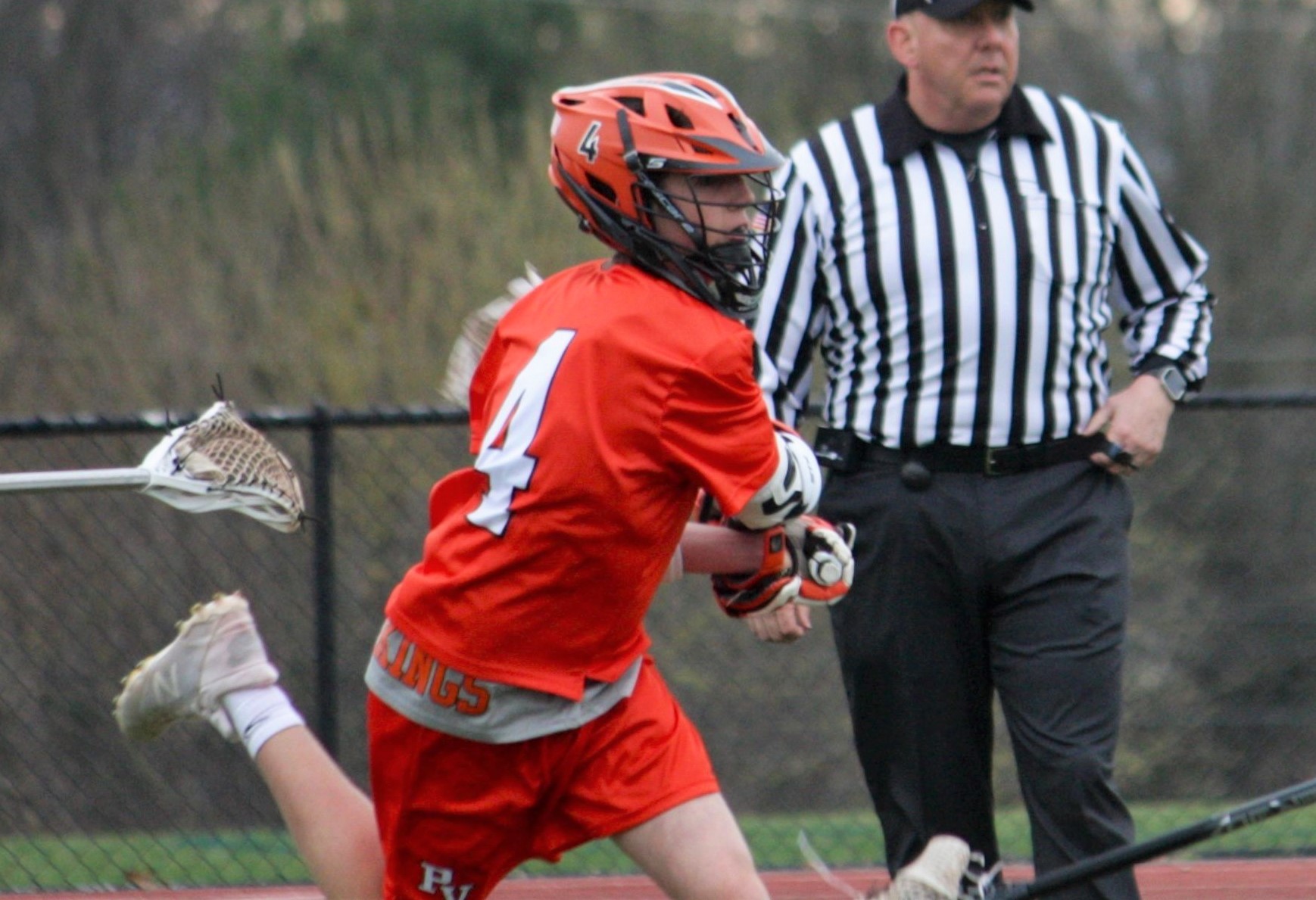 Resilience is at the core of Zach Schiffman’s persona.

The resilience to overcome physical conditions and a late start to become skilled at playing lacrosse. The resilience to become a key ingredient in the Perkiomen Valley boys’ program, to work back from an injury and the resilience to aspire to continue in the sport even after losing his senior season to the COVID-19 pandemic.

“My parents didn’t want me playing at first. They thought it was too physical,” Schiffman recalled. “I basically told them the sport teaches life lessons, and makes a person more well-rounded.”

While he noted many kids get started in lacrosse around the time they’re in second or third grade, Zach started playing when he was in sixth grade. He put extra work in to develop his skill set, aided by a star PV alumnus who happened to be his neighbor.

Sean Tornetta, a 2014 graduate who went on to play at Division I Monmouth University, took Schiffman under his wing. Their age gap notwithstanding, Tornetta outfitted him with gear and worked with him in his backyard.

When Schiffman came on board with the Perk Valley lacrosse program his freshman season, head coach Bryan Churchey saw “a tiny kid who lacked confidence in himself.” But he also saw someone who possessed the work ethic and drive to improve his skill set.

“He would hit the wall, work on his dodging, shooting, all the individual stuff,” Churchey recalled. “Zach slowly embraced it all his freshman year and did really well.

By his sophomore year Schiffman had put himself into position to compete for a starting or man-up specialist role through hard work, dedication and commitment in the off-season. There was a downside, however; he broke his arm in the Vikings’ last regular-season game.

Schiffman had more ups and downs as a junior. Meshing with Connor Roop, one of PV’s best attackmen, he made the starting lineup.

“Zach had what you wanted in an attackman: A great stick, good field vision, solid shooting mechanics and his dodges were clean,” Churchey noted. “He made good decisions.”

But the team’s offensive struggles in the early going compelled the coaching staff to make a lineup switch that included him.

“One of Zach’s struggles was confidence,” Churchey added, “and I mean confidence in going hard to the cage, taking a hit or hard check and making the play. Zach was a taller kid, but still not fully built out. … This hurt a lot more because Zach had worked so hard to earn an opportunity, and it didn’t work out. He was hurting … it hurts to be replaced after putting your heart and soul into your team.“

Another chance for Schiffman to demonstrate his resilience occurred the following summer. His club team, Black Bear, which recruited him when he was in seventh grade, had only 15 players on its roster.

To help it out, Zach ultimately volunteered to move from attack to midfield.

“Zach embraced that,” Churchey said. “I recall going to see the team play in a summer tourney and Zach was dodging hard, getting hacked to pieces but fearlessly kept attacking and the team ended up going 4-1 that weekend.

“He played a big role. I saw Zach find his confidence through adversity and his resilience to keep pushing himself to be the best version of himself.”

During the previous off-season, Schiffman became a more vocal leader for a team with a significant number of underclassmen. It tied in nicely with the PV coaches working to install a new scheme that included Zach playing midfield.

“It took a few weeks,” he said of adopting the role. “I was used to hearing other people do it. I picked it up pretty quickly. The seniors were on it together.”

“My offensive coordinator was super-excited to have Zach at the midfield,” Churchey added. “He was everything we were looking for, and in our two scrimmages he played extremely well.

“He would’ve been a starter along with Matt Brock and Sam Nice on the first line, beating out a lot of talented juniors and sophomores. He was playing the way I always envisioned him playing: With a smile and full of passion.”

Then the COVID-19 pandemic impacted those plans, forcing Schiffman and his fellow Vikings to wonder “what if.”

“It would have been good season. We could have won the PAC,” Schiffman said.

Before they knew the season was cancelled, Schiffman and several teammates would go to Ursinus to shoot, then to the high school to run. Now, he’s working out a lot at home to get his skills up to date.

This fall, Schiffman will be heading to the University of Delaware to study engineering. He chose Delaware over universities like Penn State, Lehigh, South Carolina and Virginia Tech.

He also plans to play club lacrosse at Delaware, focusing more on his academics at the outset.

“I may consider trying to walk-on my sophomore or junior year,” he said.

“He is a great example of why passion and purpose is so important in sports and life,” Churchey said. “If you love something a lot, you will continue to fight for it no matter how tough things get.

“He never gave up on himself, his team, or his goals. That is what makes Zach Schiffman such a special player and person in our program.”